Chopp mostly covered the negotiations about the state budget. About two weeks ago Senate Republicans pulled a surprise maneuver and passed a regressive budget, with the help of three turncoat Road Kill Democrats: Rodney Tom, Jim Kastama, and Tim Sheldon. (See this article.) Thing is, said Chopp, the nearly 300 page bill was rushed through at the last minute, with input from Attorney General Rob McKenna.  Even most Republicans didn’t know what was in the bill when it was approved at 2:00 AM.  Because of the extremism of many of the bill’s provisions, the Republicans have since amended the bill to the point where it’s much closer to the Democratic proposal.  “In my opinion the Republicans made a horrible mistake. Even they are running away from it.”  Clearly it was an abuse of power. It cut things that the public strongly supports: K-12 education, family planning, and higher ed.  It cut some programs that women really like, and as you know, you don’t want to anger women. 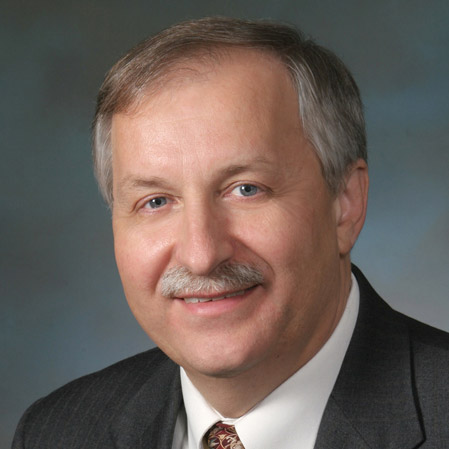 One of the reasons Dino Rossi lost his runs for governor is that he cut Children’s health programs.

Another mistake the Republicans made is that their actions with the budget unified the Democrats.

Chopp said that he’s more optimistic than most people about Democrats’ prospects in November.

(Is the situation as rosy as Chopp suggests it is?)

Despite NARAL’s endorsement of (supposedly) pro-choice Republican Steve Litzow, Litzow in fact voted against bringing the Reproductive Parity Act to the floor.

Most of the 75 minutes were spent on questions and answers.  In the audience were five people running for state representative seats, including LAC chair Sarajane Sigfriedt.  Chopp and several people made the point about how important it is for the Democrats to field candidates for every public office, even in Republican districts.  Sometimes we’re surprised by a win, and in any case we don’t want to get people accustomed to voting for Republicans.  One former legislative candidate complained that she had needed more (financial) support; Chopp replied that he had run out of money to help more candidates.

A labor representative warned that unemployed blue collar workers may not feel inclined to vote Democratic without some action on jobs. Chopp replied that Republicans were balking at supporting jobs legislation.

A woman from Redmond warned that Republicans are trying to frame the social safety net as a program for free drugs.  Chopp replied that in fact voters actually support social programs, provided you name the programs appropriately.   Instead of calling children’s health programs “SCHIP”, far better to call it “Apple Health” so people can understand what it does.     800,000 kids now depend on it.  20,000 people (half with mental illness) depend on Disability Lifeline (another good name); without that program there’d be more crime and more visits to emergency rooms.   On Friday Senate Majority Leader Lisa Brown and the Salvation Army ran a successful rally in Tacoma, showing that Democrats can ally with religious groups.  See Protect families from hunger in the Spokesman Review and the facebook page of Northwest Harvest.

Calling the state bank “Washington Investment Trust” is another example of naming that’s meant to increase support for a program.

King County Chair Steve Zemke asked about the capital gains bill. Chopp said he supports it, but it must deal with I-1053’s 2/3 super-majority requirement, which is now being challenged in Superior Court.  Chopp said the day before the court began its deliberation the House tried to pass a revenue bill, with only 55 votes (less than 2/3), thus providing more ammunition against I-1053. Chopp is optimistic that the courts will rule against the constitutionality of I-1053.

I asked Chopp what the plans are if the court rules that I-1053 is unconstitutional and also if it fails to rule in our favor. What initiatives/referendums will be on the ballot? He said options are still being discussed. Chopp mentioned that some have questioned the wisdom of putting too-progressive revenue initiatives on the ballot, as it’s possible such initiatives could draw out anti-tax voters.

Chopp said it’s unlikely the State Supreme Court will conclude its deliberations on theI-1053  issue until later in the year.  He’s optimistic they’ll rule in our favor. Their earlier ruling that the state needs to devote more money to education — see here — is a positive indication that the Supreme Court may rule in favor of the legislature being able to raise funds for education and other needs.

Over the last three years Dems had (almost) passed bills to repeal tax loopholes for out-of-state banks, but Republicans in the state Senate had opposed the bills. Now, suddenly, the Republicans are on board because they realize the public are angry at the banks.

Chopp said that both the Democratic and Republican budget bills postpone some payments to balance the budgets.  The GOP budget depends on delaying some $100 million in  payments to a pension plan, with the effect that the added cost will be $800 million later on.

Someone mentioned that the News Tribune came out in favor of the GOP Senate budget.     Chopp lamented that we don’t own newspapers.

Chopp mentioned that he helped create the Economic Opportunity Institute (EOI), the lefty think tank run by John Burbank that plans long term strategy for tax reform, etc.    This year is likely not a good year for a major tax initiative (to raise taxes, a la I-1098); four years from now might be better.

Someone asked whether Republicans will be able to enact charter schools by using it as a bargaining chip.  Chopp thinks not. Governor Gregoire pretty much threatened to veto any bill with charter schools. Chopp never saw Gregoire so angry as he’s seen her about the issue of the GOP budget and charter schools.

Charter schools don’t work so well — studies have repeatedly shown that overall they’re no better than public schools — and few (two or three) Democrats support them.  We have many innovative public schools in Washington State!  When conservatives and journalists raise the issue about education innovation, Chopp says: go to see our innovative schools.

Someone noted that our schools are not in general broken. Conservatives want to break the teacher’s union. Many corporations are eager to make money from education.  But the public is largely on our side on this issue. (And the state constitution says that it’s the “paramount duty” of the state to educate all children within its borders).

Chopp expressed hope that this year businesses may lead the effort to fund education, since they need trained workers.

After Chopp left there was discussion of various legislative bills to raise revenue, by extending sales tax to all services, by a capital gains tax, and by an income tax. There’s a plan to institute a tax on capital gains above $5000 (excluding proceeds from sale of your home).

Steve Zemke noted that the King County Democrats are targeting the issue of closing tax loopholes as a major reform. He has been working on draft legislation incorporating many of the proposals circulating in the legislature, including sun setting existing loopholes and extending new tax exemptions for 5 years maximum. Exemptions would be incorporated into the state budget process.

Someone charged that the pro-I-1098 campaign had trouble getting their message out. Bill Gates, Sr’s “soak the rich” ad was clever but didn’t get across the needed messages to viewers. There were no people knocking on doors on the Eastside. But someone else pointed out later that this is false and that there were rallies and doorbelling for I-1098 on the Eastside.

Aside from EIO, another important advocacy group working on tax reform is the Budget & Policy Center. EOI is working on long term planning. The Budget & Policy Center plans specific bills. A third activist group is FUSE Washington, which was has worked a lot on researching messaging. Apparently, the word “fair” (as in fair taxation) has been co-opted by the GOP, who call a flat tax “fair.” So, “equitable taxation” will market better than “fair taxation.” I said: the Occupy Movement has had great success with their rhetoric about the 1% and the 99%. Why not mimic their language? Someone said that we shouldn’t let the GOP control language; don’t yield language to the GOP. Apparently, Glenn Beck has disassembled the word progressive

JLARC (the legislative committee tasked with reviewing tax preferences and recommending elimination) has largely been a failure. The legislature hasn’t eliminated significant exemptions and has largely ignored most of JLARC’s recommendations.

Someone asked why we don’t have progressive state income taxes? I said, “The State Constitution says that tax rates have to be flat.” David Spring corrected me, saying that I was repeating GOP talking points. What the State Constitution actually says is “All taxes shall be uniform upon the same class of property within the territorial limits of the authority levying the tax and shall be levied and collected for public purposes only. ” (See this page.) And that’s open to interpretation….

There was discussion that Microsoft too gets big tax breaks. Yet with the help of Ways and Means chair  and ex-Microsoft exec Ross Hunter, Microsoft’s foreign employees and their dependents enjoy reduced tuition at UW and other state higher ed institutions.  The bill to give employees reduced fees was passed at the same time as a bill to lower payments to support Computer Science programs!  High tech firms import 10’s of thousands of foreign workers.  This issue is tricky to pursue, because it can easily lead to anti-immigrant bigotry.  But unemployment is still high and Microsoft head Steve Ballmer donated six figures to the anti-I-1098 effort.

At the end of the two hour meeting, an enthusiastic David Spring, acting on his own, handed out a flier in support of recruiting Dennis Kucinich to come to Washington State to run for Congress, since Kucinich lost his primary battle in a redistricted (and gerrymandered) Ohio district. See Washington Citizens for Kucinich.   Spring said there were 5 districts with retiring Democrats where Kucinich could run.  The new 1st CD borders Seattle and might be most convenient for progressive activists who would likely enthusiastically support his campaign.   But the CD for Olympia is actually more liberal. So far, Spring is working independently of Kucinich and his campaign, who are apparently unaware of the effort. I’ll write a separate article on this issue, which has national interest. When Kucinich lost there were articles in national publications lamenting the end of an era.

On the stupidity of preparing to wage war with China

The U.S. is preparing for war with China; is surrounding China with bases, warships, and missiles; and is promoting the Pacific Defense Initiative to collaborate with other nations in Asia to confront China. Likewise, the U.S. Senate Overwhelmingly Passes Bill to Bolster Competitiveness With China. (“When future generations of Americans cast their gaze toward new […]

I went door-knocking in Federal Way yesterday for Carol Gregory’s campaign in the 30th LD.  Currently, the Democrats have a 51 to 47 seat majority in the Washington State House.   If Gregory loses, the ratio will become 50 to 48, meaning that if another seat is lost, the ratio would be 49 to 49 and […]