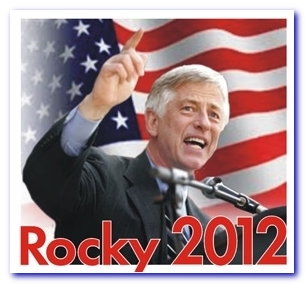 ROCKY ANDERSON — STANDING UP FOR JUSTICE!
Rocky Anderson, former Mayor of Salt Lake City and outspoken advocate for equal rights, ending the wars, climate justice and the impeachment of G.W. Bush, offers an alternative to two party gridlock and corruption.   Rocky left the Democratic Party to build a third party alternative, and is now running for President of the United States as Justice Party candidate in 2012.
Rocky Anderson, Our President 2012 Official Website

Rocky Anderson spoke last night at University Methodist Church near UW in Seattle on his third-party bid for Presidency. Photos courtesy of Andy Kern. Anderson, former mayor of Salt Lake City, is running under the banner of the Justice Party, which he formed last November.  So far only Mississippi has officially recognized the Justice Party […]

Justice Party of  Washington State has had a busy week.  We have organized the official business of becoming a political party in Washington State, with officers, bank account and volunteers.  We are delighted to announce that we will present Rocky in Seattle and Olympia May 3-5. Mark your calendars for Thursday, May 3, Rocky will […]

As reported here and here, a video introduction to the Justice Party of Washington and a discussion of ballot access for third political parties will take place at Traditions Café (300 Fifth Ave. S.W.) in Olympia on Thursday, April 12th from 7-9 pm. The public is invited and the event is free. Coffee and dessert […]