The U.S. is preparing for war with China; is surrounding China with bases, warships, and missiles; and is promoting the Pacific Defense Initiative to collaborate with other nations in Asia to confront China. Likewise, the U.S. Senate Overwhelmingly Passes Bill to Bolster Competitiveness With China. (“When future generations of Americans cast their gaze toward new frontiers, will they see a red flag planted on those new frontiers that is not our own?” Mr. Young said during a speech on the Senate floor. “Today, we answer unequivocally, ‘No.'”)

In response to these aggressive moves, China is building up its military, including hypersonic missiles. Another response is Chinese President Xi Jinping’s recent speech marking the 100th anniversary of the Chinese Communist Party (CCP). Xi said

“The Chinese people will never allow foreign forces to bully, oppress or enslave us. Whoever nurses delusions of doing that will crack their heads and spill blood on the Great Wall of steel built from the flesh and blood of 1.4 billion Chinese people.”

In Xi Jinping’s Words of Warning Echo China’s Youthful Nationalism, Andrew Browne, of Bloomberg, says that President Xi Jinping’s jingoistic anti-Western speech resonates with the attitudes of most Chinese people, including young people who have been propagandized into hating the West.

The fact that U.S. bases and weapons surround China is another reason they may hate and fear us, don’t you think?

Far more significant than Xi’s barbed comments was the roar they elicited from the packed crowds on Tiananmen Square. They were the loudest cheers, in fact, of his entire speech. If such accolades were sincere and representative of what most Chinese citizens feel, Xi’s words may augur a very dangerous era indeed.

Plenty of Western skeptics predicted Chinese scientists and engineers inculcated with CCP dogma would never produce breakthrough innovations, and that state banks and industrial enterprises would hold back growth. They were dead wrong on both counts of course.

China has caught up with the U.S. in several advanced technologies, and its economy is streaking ahead. Those same observers were also wrong to assume that China’s growing middle classes and Western-educated youth would demand democratic reform.

If anything, public sentiment is pushing China in the opposite direction. At age 100, the Party is both stoking nationalism and being led by its most vociferous proponents – the country’s youth. The West should take note, before it takes any steps that cannot be recalled.

Many people in Congress and the U.S. military say they want to deter China without having actual war with China. Others in the self-licking ice cream cone are less reasonable: they actually want war. (As China Declares War with US Inevitable, Army General Highlights Need for Fighting Vehicles.  Risk of military conflict between US and China higher than ever, experts say)

For seven decades China has been saying that Taiwan is a breakaway province. That is unfortunate, as are China’s treatment of Muslim minorities and Hong Kong, and its territorial aggressions. But it’s suicidal to fight China over this. China is not threatening us directly.   Nixon agreed to a One China policy (though the wording left some ambiguity). There are many bad governments in the world — many of them supported by the U.S. — and the U.S. can’t afford to be world policeman.

Besides, such wars usually turn out poorly.  The U.S. got its ass whooped in wars with third world countries Vietnam, Afghanistan, and Iraq, killing millions of people and wasting trillions of dollars.  The resulting refugee crisis destabilized European politics. The U.S. made a similar mess by overthrowing governments in Central America and elsewhere. Refugees have been streaming north from Central American and have destabilized American politics as well.

Now the U.S. is picking a fight with China, a technologically advanced nation four times its size, in China’s backyard!

How stupid is that?! That’s what amazes me. The entire project deserves ridicule and parody — if it weren’t so dangerous.

Does America have a death wish? Someone should make a song.

If the U.S. wants to compete with China, it should do so technologically, not militarily.

It’s ironic that the U.S. built up China by shipping jobs and manufacturing to China and by borrowing money from China to finance disastrous wars and military spending.

This reminds me of Woody Allen’s joke: “More than any other time in history, mankind faces a crossroads. One path leads to despair and utter hopelessness. The other, to total extinction. Let us pray we have the wisdom to choose correctly.” But the crossroads assumes that the U.S. continues its aggressive anti-China policy.

The U.S. is like an over-confident, aging vigilante that keeps picking fights and losing.

I’m not saying that there aren’t bad actors in the world. I’m saying that U.S. efforts to address them via military means too often backfire. We can’t afford to be world policeman.    Even Republican voters want an end to these endless, stupid wars.

Pepe Escobar’s The Chinese Miracle, Revisited. The article speaks of the historical dominance of China in various points in its past, and of its recent economic successes.

In contrast, the U.S. is largely dysfunctional.   Our politics is hopelessly divided. GOP Rep. Chip Roy says he wants ’18 more months of chaos and the inability to get stuff done’. That article is current (July, 2021), but the attitude is typical: Mitch McConnell under fire for saying top priority is making Obama one-term president. How can the U.S. compete with China under these circumstances?

We can’t even build a fighter jet. The F-35 jet is a “rat-hole”; see The epic failure of the trillion dollar F-35 fighter jet program. 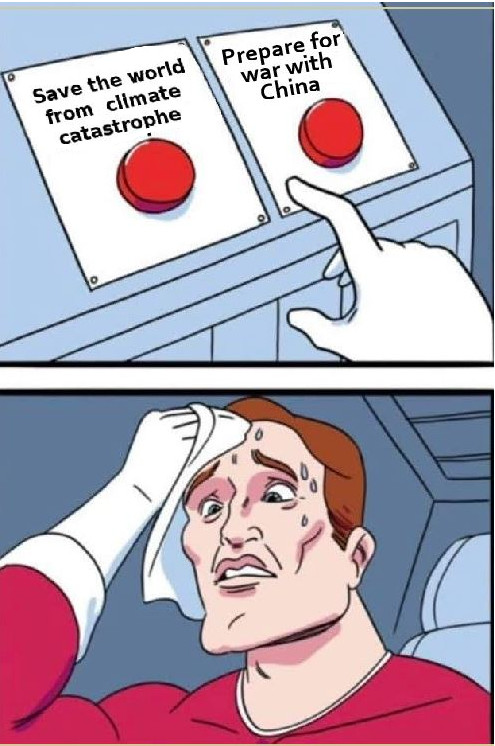 Added Aug 20, 2021: The article Invitation to a Fiasco: U.S. Policy toward China and Iran from Counterpunch says, “in July, the U.S. announced a $750 million weapons sale to the territory. This, predictably, infuriated China. That presumably was the intention, as the U.S. agitates for Taiwan to declare its independence and thus start a war.” Like many Counterpunch articles, the content is intentionally overstated, but the gist of it is true: the U.S. seems intent on provoking both China and Iran into wars — which is ridiculous given the U.S. recent failure in Afghanistan, and the previous disasters elsewhere.

Seattle Council of Move-On.org will be joining in support with Seattle Teachers that received pink slips to protest Chase Bank for avoiding State Taxes. Where:  Chase Bank located at 1919 North 45th Street, Seattle, WA 98103 When:  Saturday May 21, 2010 at 11:00 AM Who:  Seattle Education Association, Social Equality Educators, King County Jobs with […]

Questions about Progressive Congress's Speakout event on July 23 in Seattle

ProgressiveCongress.org and Progressive Action Fund are sponsoring a public event on July 23 at South Seattle Community College. Here is their blurb (copied from a pdf file they sent): It’s not often that lawmakers come to our community to ask directions, but that’sexactly what they’re doing. Our community has been hit hard by the economy. […]

These excerpts from President Obama’s speeches explain why people trusted him to bring real change. Was he forced to renege on his promises? Or was he lying when he made these promises? Comments comments