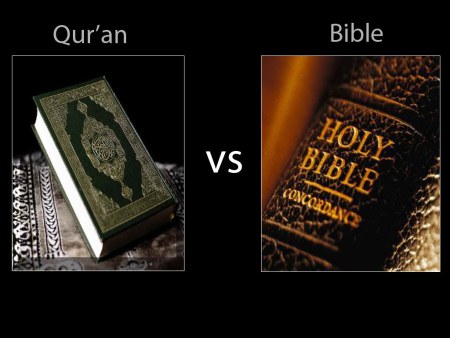 The world has watched in horror while members of ISIS justify the next mass murder or icy execution with words from the Quran, followed by shouts of Allahu Akbar—God is the greatest! If beliefs have any power whatsoever to drive behavior—and as a psychologist I think they do—there can be little doubt that the Quran’s many endorsements of violence play a role in how exactly ISIS has chosen to pursue religious and political dominion.

At the same time, it should be equally clear a sacred text filled with violence is insufficient to trigger mass brutality unless other conditions are present as well. Culture, empathy, education and empowerment—and other factors that scholars understand only in part—appear to have a protective influence, safeguarding even most fundamentalists against the worst teachings of their own tradition. We know this in part because the Bible contains commandments and stories that are as horrific as those being used to justify butchery in Iraq and Syria.

The following 30 violent exhortations are a mix, drawn from Jewish, Christian, and Muslim scriptures. The generic word God is used for all deity names, and names of places or people have been replaced with generic terms. How well do you know your Torah, Bible, or Quran and Hadith? Can you tell which is which? Give it a try and then check the key at the bottom.

Is the Quran more violent than the Bible as most Americans believe? The question is hard to answer. A tally at the Skeptic’s Annotated Bible counts 842 violent or cruel passages in the Bible as compared to 333 in the Quran. That said, the Bible is a much thicker tome, and even though the New Testament endorses and adds to the violence in the Old, when percentages are compared, the Quran comes out ahead. In addition, the kinds of cruelty and violence vary as do the perpetrator and victim and the extent to which any verse can be interpreted as divine sanction for the behavior in question. Either way, endorsements of violence abound in both.

Bible and Quran believers who recognize verses in this list will no doubt protest that they have been taken out of context, as indeed they have. I think the appropriate response to such a complaint is a question: What context, exactly, would make these verses uplifting, inspiring or worthy of praise? In what context are passages like these some of the most important and holy guidance that the creator of the universe might think to impart to humankind? In what context is a book that contains these passages and many, many more like them the apogee of divine goodness and timeless wisdom?

Members of each Abrahamic tradition are quick to point out the rational and moral flaws in the others. I wonder sometimes, what this world might be like if they were as quick to examine the flaws in their own.

Cross-posted from Away Point

Republican US Congressman Dave Reichert (WA, 8th CD) has signed a letter calling on President Obama to acknowledge the primacy of God in America. The following pdf file http://truthsite.org/politics/Letterto0bamaAboutGodFromUSCongressmen.pdf contains an image of the letter, which was signed by 42 US members of Congress. In a November, 2010 speech Obama said that e pluribus unum — […]

Quickie: Say "Amen" at the end of the Pledge of Allegiance

Last night I was at a civic event and we had to stand, put our hands on our hearts, and recite the Pledge of Allegiance.  Because of the phrase “under God” I always feel uncomfortable reciting the Pledge.  At the end, I felt compelled to shout out an “Amen.”  But I resisted and whispered it […]

On the supposed abomination of homosexuality

In her radio show, Dr Laura Schlesinger said that, as an observant Orthodox Jew, homosexuality is an abomination according to Leviticus 18:22, and cannot be condoned under any circumstance. The following response is an open letter to Dr. Laura, penned by a US resident, which was posted on the Internet. It’s funny, as well as […]