One commonly hears the claim “The Democrats are as bad as the Republicans.” This is a gross exaggeration, both nationally and here in Washington State.

Why does the claim have so much traction? Who’s to blame for the misperception? Do the Dems themselves bear some responsibility? What is the Democratic Party doing to address that misperception? 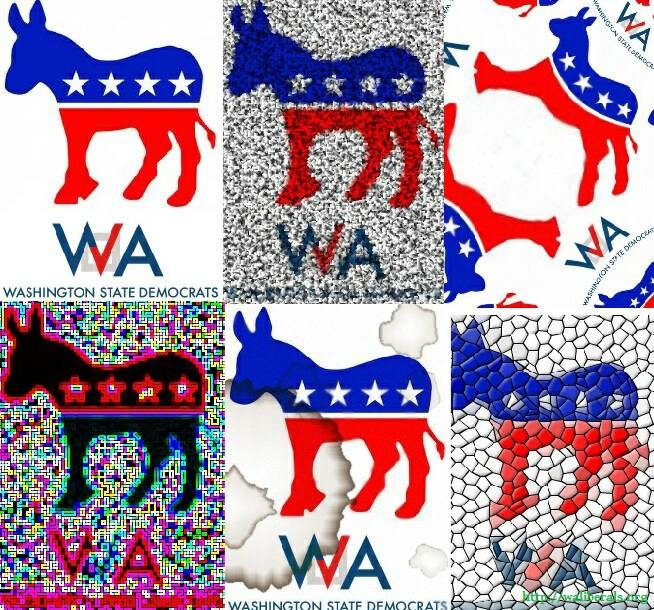 To some degree, you can blame socialists, anarchists, and other impatient leftists for the misperception. Such people think the Dems are beyond repair, and they’re eager to build alternative movements or parties.  Their effort may be misdirected, since it’s very hard to build a successful third party in America. They may end up just aiding the Republicans.

People who make the claim ignore the many progressive bills passed by Dems but crushed by Republicans.

I am aware of no evidence that Republicans are behind the claim, but I wouldn’t put it beyond them.

Though I believe the Dems are far better than the Repugs, it is true that the power of monied interests has corrupted the Democratic Party.  A few bad apples, often in positions of power, have corrupted the Democratic Party. The Supreme Court has made it worse by rulings such as Citizens United that give corporate “people” the right to buy elections.  So you can blame rich people, or the “system”.

Or you can blame the stupid, gullible, uninformed voters.

But there’s little use in blaming others. I believe the Dems do bear a lot of responsibility for the  misperception and need to take steps to fix the problem.  Some of these steps are just a matter of better marketing.

Both nationally and in the Washington State, the Dems permit corporate Dems — DINOs — to remain in the party.

Neither Governor Gregoire nor Jay Inslee has taken steps to fix our regressive tax system or even to educate the public about the issue.  The legislature has yet to set up a study commission to investigate options. See Let’s fix our unfair tax system in Washington State.

Governor Inslee spearheaded the move to give $8.7 billion in tax breaks to Boeing.

It was the Socialists, not the Dems, who led the movement to bring a $15 minimum wage to Seattle.  (If this is incorrect, how so? And why the misperception?)

Nationally, the Dems allowed their leader, President Obama to rule as a moderate Republican. (As he said of himself, “My policies are so mainstream that if I had set the same policies … back in the 1980s, I would be considered a moderate Republican.”)    When a candidate runs promising change but then turns around and surrounds himself with Wall Street cronies, fills regulatory agencies with corporate hacks, prosecutes whistle blowers, enacts a health care plan designed by the Heritage Institute, and expands the power of the security state, you gotta expect that people will be angry or disillusioned.

I assure you that a tremendous rage exists in the many progressive who supported candidate Obama and who later felt betrayed by his policy decisions.

Senator Patty Murray is perceived as being too friendly to Boeing.  Other than Jim McDermott, Democratic representatives in the House are New Democrats and not members of the Progressive Caucus.  Aren’t New Democrats corporate Dems?

Now, in fact, on many issues, moderate Dems are far better than Republicans.  But many people are unaware of this or think that they’re not good enough.

What steps can the Dems take to correct the misperception that they are as bad as the Repugs?

One step would be to point out how bad the Repugs are. This is something Dems often do.  Getting more media access, by building our own community-owned (online) media presence would be a step to amplify our messaging ability.

Another step would be to actually kick out some corporate Dems.   Admittedly, kicking out corporate Dems is no easy task.  It risks replacing middle-of-the-road Dems with horrible Republicans.   It’s the familiar lesser-of-two-evils dilemma.

Perhaps the Dems can make peace with disaffected progressive Dems and with Socialists and others on the left.  Dems can work, directly or indirectly, on issue-oriented alliances .  (Of course, there is risk in working directly with Socialists, because Republicans would try to paint the Dems as extremists.)

Issues dear to the hearts of leftists include a state-wide minimum wage, rent control, the foreclosure crisis, and eliminating tax breaks for rich corporations. Transportation is an issue that interests both people in Seattle and suburbanites.

But aside from taking concrete policy steps,  I think there’s a lot of benefit from just better communication: better marketing.

Dems should educate the public — in Seattle, for example — about their accomplishments and efforts.

For example, you’d think leftists would be grateful to Dems for legalizing gay marriage and marijuana.

Just having community forums and meetings at which community activists can discuss issues with lawmakers and party officials would help.

What’s ironic and sad is that the Dems (e.g., Richard Conlin)  who represent the party in Seattle are generally more progressive than the Dems who serve in the suburbs.  And the issues that interest leftists in the cities (housing and minimum wage, for example) may be different from the issues that interest suburbanites. So  Socialists in the city may weaken the Dems, scare away some suburbanites, and empower Republicans.

State Party Chair Jaxon Ravens has a difficult task getting the party to put together a ruling coalition that serves the ideals of the party and enacts its progressive platform.

Moral Politics‘ show “Candidates Vying for Congress in Washington’s New First District” is queued for cablecast this Friday and next Friday at 8:30 PM – prime time. Alert friends and others – in King County – to view the political punditry. Again, July 13 at 8:30 PM and July 20 at 8:30 PM on Comcast channel 77.  The […]

The Tea Party movement is not just a grassroots phenomenon. It was nurtured and financed by the likes of the Koch brothers and Fox News. But it can’t be denied that it does express some populist outrage at government corruption. See That Tea Party-Occupy Wall Street Venn Diagram for an excellent, short depiction of the […]

One Reply to “The Dems have an image problem. How can they fix it?”