The following scatter graph shows, for counties with population greater than 10,000, how the conservativeness of the county relates to the poverty rate. It shows that in Washington State, high poverty counties tended to vote for Romney. 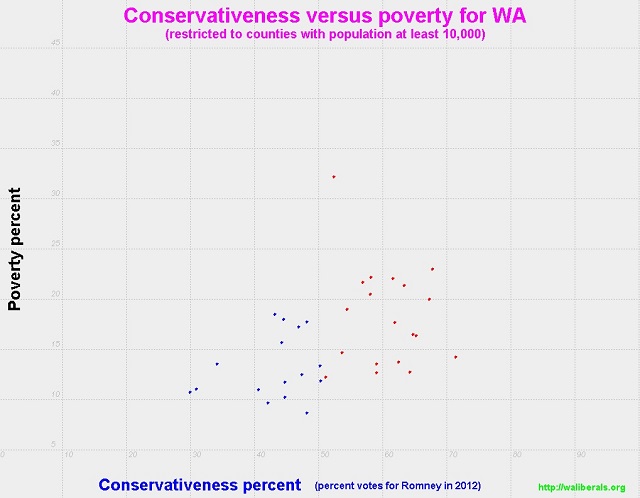 Poverty is defined as the percentage of residents living below the poverty line, according to the 2010 US census. Conservativeness is defined as the proportion of voters who voted for Romney (versus Obama) in 2012. Source of data: US census and 2012 election results from The Guardian.

Here’s a similar graph for Oregon. It too shows that in Oregon poorer counties tended to vote for Romney. 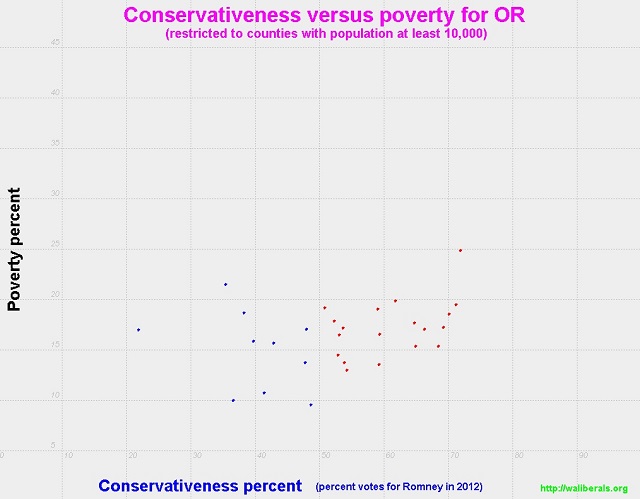 The graph for California is similar: wealthy counties (Silicon Valley?) tended to vote for Obama. But there are few or no poorer counties that voted for Romney.

But for Texas it’s different: poorer counties in Texas tended to vote for Obama. (The effect is pronounced.)

South Dakota is are even more extreme: the poor counties are much more likely to vote for President Obama.  I surmise that those are the African American counties. 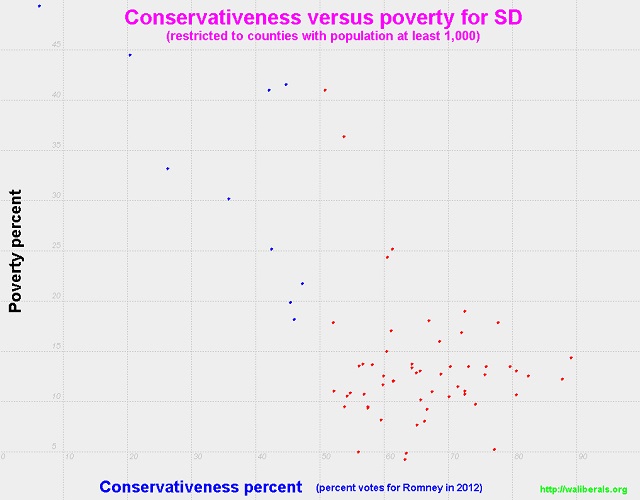 For New York too, poorer counties in New York tended to vote for Obama (though the effect is small). 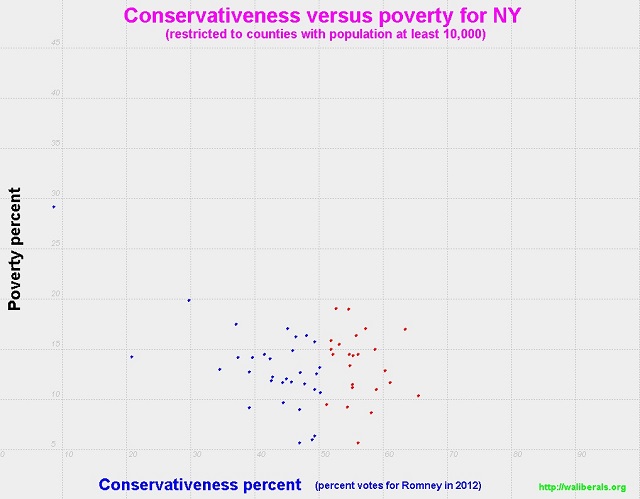 Ohio, Illinois, Michigan, and North Carolina are similar to New York and Texas: high poverty counties tended to vote for Obama. In PA Philadelphia stands out as a high poverty city; in Philly 85% of votes went to Obama. 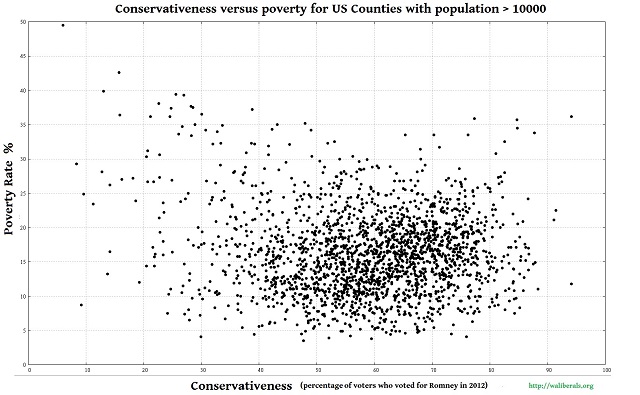 So, my question is: why in Oregon, Washington, and California — but not in Texas or New York — do poorer counties tend to vote Republican?

By the way, the 20 poorest counties are all in red (Republican) states

Last weekend I hosted a free screening of the movie Inside Job at the Kent Library. This documentary shows us how the financial industry pillaged the American economy during the Banking Crisis of 2008. One of the key causes of the Great Recession was the transfer of assets from the balance sheet of banks to […]

What explains the deep-seated, visceral hatred of Hillary by many Republicans? The Guardian: Why do people dislike Hillary Clinton? The story goes far back Early opposition came from conservatives in Arkansas who disliked the fact that she at first retained her maiden name when Bill was governor. “There’s something about her manner, persona, voice, smirk […]

Four recent articles have similar, frightening messages about the risk of nuclear escalation in Ukraine.  My member of Congress, Rep. Adam Smith (no relation), is playing a large role in sustaining that risk. The first article, Putin flirts again with grim prospect of nuclear war – this time he might mean it, by Pjotr Sauer […]