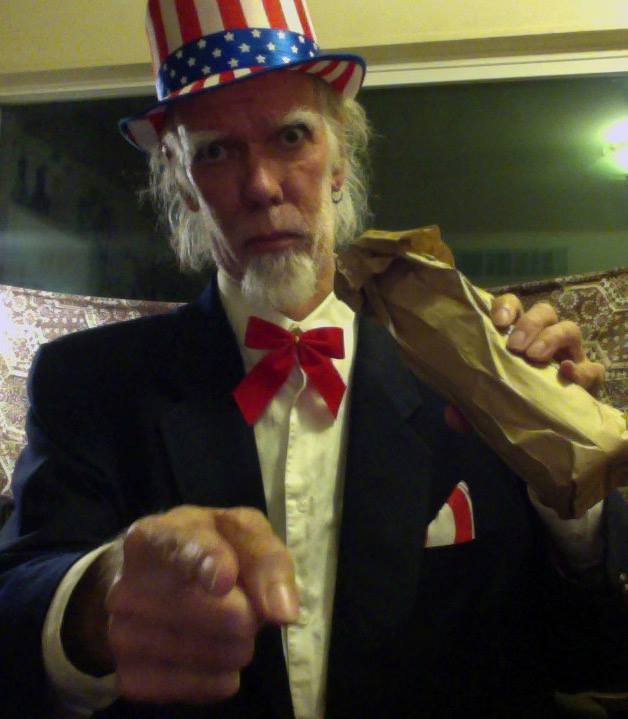 Drunk Uncle Sam is on the lam. He escaped from DC and has been hitchhiking across the country, sleeping under bridges, & drinking his Thunderbird for months now. Hes almost reached Vancouver, BC, where he will formally apply for political asylum.

Asked to explain his sudden departure from his job as personification of the United States of America, Sam said, “Are you fucking kidding me? Like anybody would want this job right now? They wanted me to lead a campaign encouraging ICE agents to separate babies from their mothers. That was the final straw. Luckily Id skipped town before they could make me recruit support for that rapist judge Kavanaugh.”

Asked why he was seeking political asylum in Canada, Sam said, “I’ve been in an abusive relationship with this government. I cant take it any more! Were all in serious danger unless we vote against Republican control of government on Nov. 6.”

Pointing his finger at the camera, drunk Uncle Sam said, “I WANT YOU to get out the vote in this election! Im not fucking kidding! DO IT!”

Lessons of a former Seattle Police Chief: Militarization Is a Mistake

Norm Stamper, former Seattle chief of police, says cops are part of the 99%, and that militarization of the police is a mistake. http://www.readersupportednews.org/opinion2/275-42/8462-lessons-of-a-police-chief-militarization-is-a-mistake Comments comments