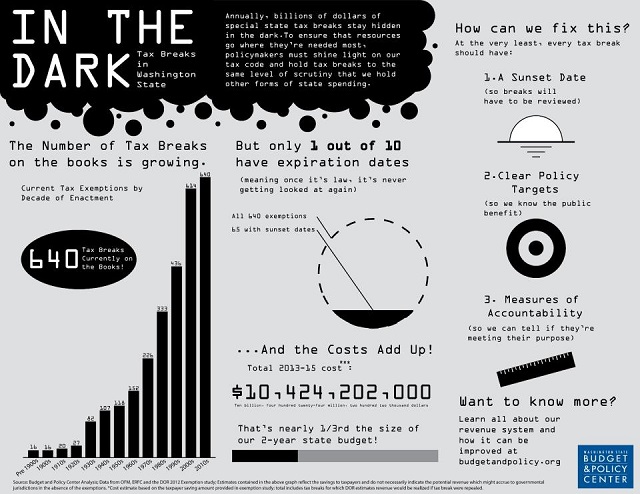 I went door-knocking in Federal Way yesterday for Carol Gregory’s campaign in the 30th LD.  Currently, the Democrats have a 51 to 47 seat majority in the Washington State House.   If Gregory loses, the ratio will become 50 to 48, meaning that if another seat is lost, the ratio would be 49 to 49 and […]

Huffpost article about greedy CEOs, accompanied by anti-tax video at bottom of page

The Huffpost article CEO Council Demands Cuts To Poor, Elderly While Reaping Billions In Government Contracts, Tax Breaks reports: “The companies represented by executives working with the Campaign To Fix The Debt have received trillions in federal war contracts, subsidies and bailouts, as well as specialized tax breaks and loopholes that virtually eliminate the companies’ […]

Over the weekend, volunteers with FUSE plastered areas on the Eastside with signs calling for the closing of tax loopholes. Areas targeted include the neighborhoods where Senators Rodney Tom, Steve Litzow, and Andy Hill live — three Republicans* whose votes will be crucial in order for the state legislature to eliminate some tax loopholes, as […]