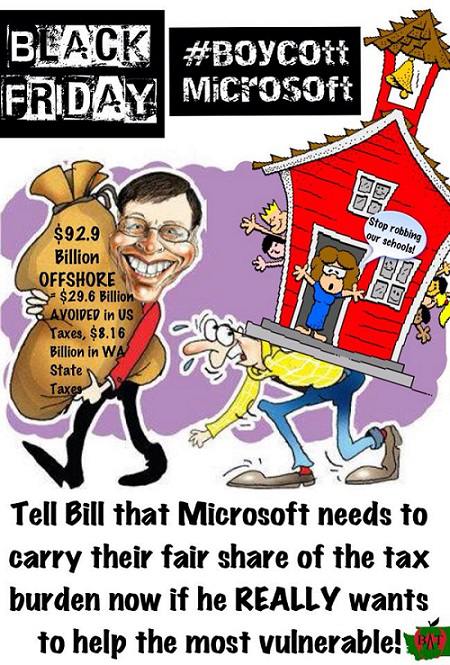 The Bill & Melinda Gates Foundation promotes the privatization of public schools and were influential in donating in support of the Washington State charter schools initiative, I-1240, in 2010.

The registered sponsor for the initiative was the League of Education Voters. I-1240 campaign was funded partly by a “handful” of Puget Sound area billionaires, including Bill Gates, Paul Allen and the parents of Jeff Bezos. [3] [16][17] Alice Walton was also among the top five contributors. [18][19] The measure was also endorsed by Stand for Children.

When we talk about “getting us out of the recession”, who are we really talking about? A recent report by the Economic Policy Institute reveals that the top 1% has captured the lion’s share of economic growth since 1979, even shrugging off the Great Recession with a 13.1% income gain.  But with gains concentrated at […]