Both parties may be counting on us to be exhausted and out of the loop when it comes to this ghastly Trade Agreement which has been kept out of the public eye. And in the spirit of compromise, it could easily be passed to show a country weary with gridlock that compromise is possible. Furthermore our representatives from WA believe that TRADE is good for our State which it is. BUT now is not the time to compromise on this potential corporate take-over.

Why can’t our trade negotiators deliver a trade policy that raises living standards in communities at home and abroad? Following the 2014 elections the U.S. government is going to make a push to pass the new mega-trade agreement, the Trans Pacific Partnership, using Fast Track. This agreement, negotiated by corporate lobbyists while the public is kept in the dark, threatens everything from food safety and access to medicines to green energy policy, internet freedom, and labor rights. It also gives corporations ‘investor-states’ rights so they can sue localities, countries, states for depriving them of their hypothetical profits if they insist on sticking to the democratically-determined laws and regulations.

Everything we work for [GMO labeling, environmental protection, food-safety laws] can be overturned or cost us millions of dollars in ‘damages’ we will pay to these corporations!!! We need a new, transparent, accountable, and democratic process, not an antiquated and extreme Fast Track procedure. Help us send a message that Washingtonians want trade policy that lifts up people and the planet, not just the corporate bottom line!

As if pushing Fast Track for a secretive pact weren’t bad enough, the corporations behind the TPP are now hoping to sneak the Fast Track vote into the Lame Duck session — after the elections, when political accountability is at its lowest. The good news is that we’ve stopped Fast Track before and we can do it again. If we all speak out loudly enough, we can derail Fast Track this November and into the future. Join groups across Washington State and the U.S. to Stop the Sneak Attack on Democracy!

We will be outdoors, so dress for the weather. We will have light boards, flashlights, petitions, and more information on how to stay involved and next steps in the campaign!

The November 8 – 14 Week of Action against Fast Track comes as President Obama and other heads of state visit Asia to discuss the TPP, and right as the Lame Duck session of Congress begins to get underway. It’s a time of year when a lot of people take a break after the elections, and start getting ready for the holidays. We need your help remaining vigilant so that Fast Track does not sneak through then or ever.

And if you can’t make this event – Sign our PETITION to Stop Fast Track and the TPP!
• Here is the link to our petition: https://www.change.org/p/u-s-house-of-representatives-we-urge-you-to-publicly-oppose-fast-track-and-promote-a-more-transparent-and-accountable-process-2?just_created=true
• We ask that you circulate this link to your contacts so that we can gather as many signatures as possible. 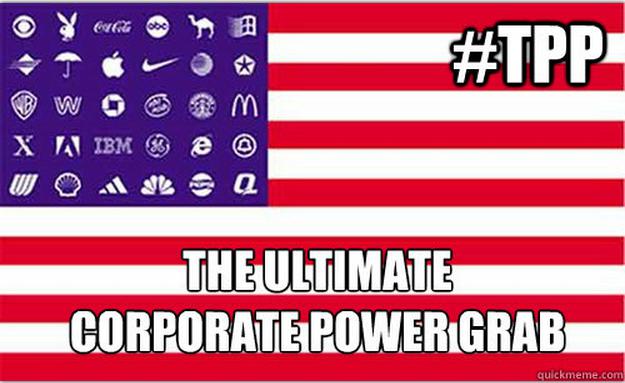 Independent Report on May Day Critical of Seattle Police

Tax the rich: They need services too

We’ve had a lot of talk about the privilege of the top 1 percent, and how they are grabbing more and more of our national income. Once, productivity increases were proportionally shared between corporations and workers. Now they’re mostly grabbed by companies and their top executives, while workers are left with decreased retirement savings, increased […]

Police Clash with protesters at #MicCheckWallStreet march on 6/20/2012