Let’s see, in 2004 the Progressives from both the Dean and Kucinich camps had to threaten the DNC leadership with walking out unless Governor Dean was appointed Chairman. Then within two years the Democrats were back in control of the House.

And in 2008, thanks to Governor Dean’s 50 state program and the Progressives, we took the whole enchilada.

Then before the hangover from election night had passed the Progressives were shown the door. Governor Dean who should been given the HHS cabinet post was told to go F’ himself then a clown like Daschle who was much more eminently qualified (being sarcastic here) was nominated by the president.

So what lesson should we take from this you ask? F ’em. The Democratic Party did not spend a long enough period time on its knees. Initially they embraced the Progressives and we began to influence and shape things. Then, just as soon as they saw light at the end of the tunnel, that ended. So again, f ’em. Let em skate along the bottom for several years or get to the point where another party can surface made up of populists who can break away from the politics of divide and conquer and can coalesce on a few key agenda items.

This is in response to Howard Dean’s comments on Meet the Press:

The biggest problem was message,” Dean said. “Sure it was an off-year and we can make all these excuses. But even through the days of the fifty-state strategy and taking over the House, the Senate, and the White House in four years, I could never get the Washington Democrats to stay on message.”

“The Republican message was ‘We’re not Obama,’ no substance whatsoever,” he continued. “What was the Democrats’ message? ‘Oh, we’re not either.’ You cannot win if you are afraid! Where was the Democratic party? You gotta stand for something if you’re gonna win!” 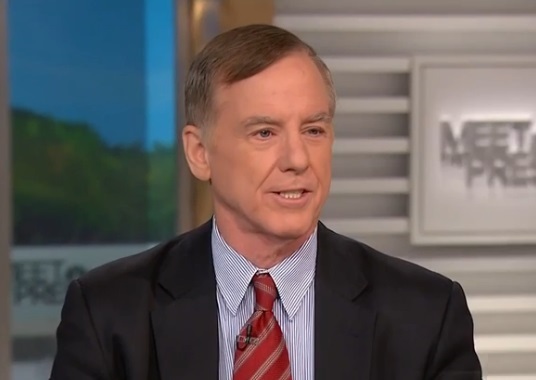