Rep. Adam Smith said in a town hall meeting with Indivisible Saturday (June 19) that 15% of federal spending goes to the military. 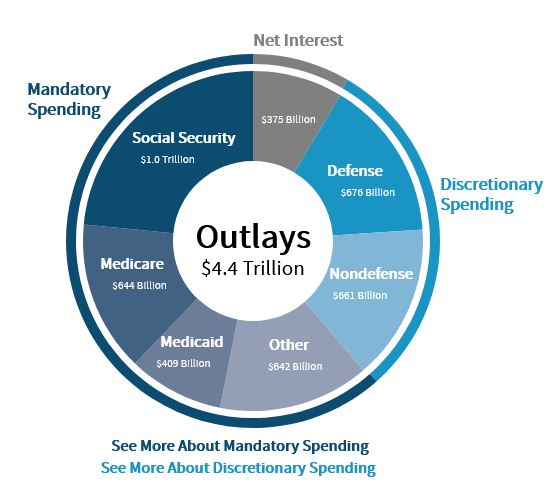 Source: Congressional Budget Office, The Federal Budget in 2019: An Infographic

US Military Budget, Its Components, Challenges, and Growth estimates that military spending is $934 billion for the fiscal year ending September 30, 2021.

So, I’ve revised the image: 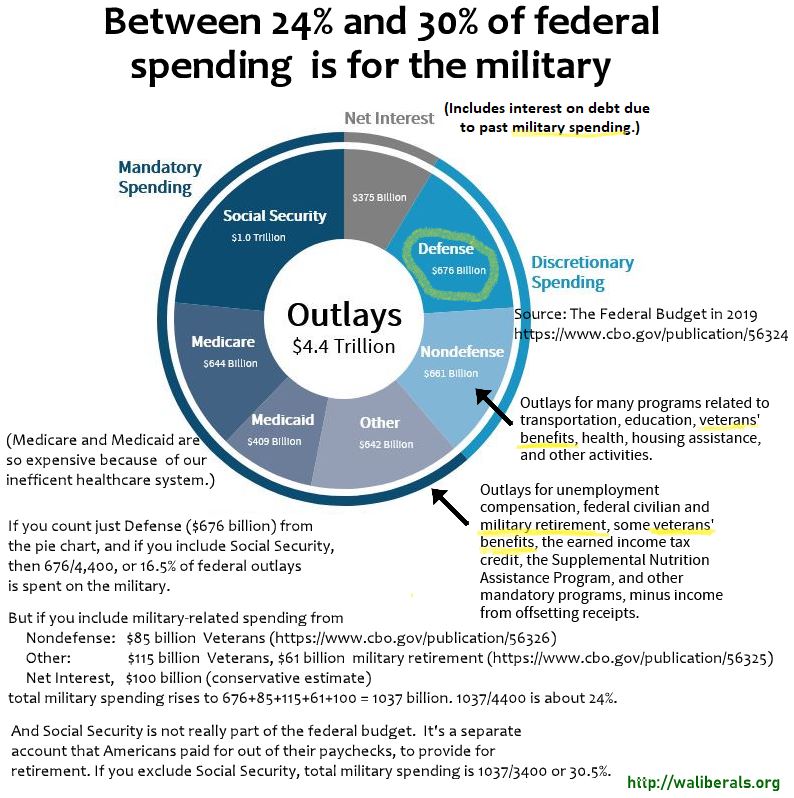 We paid for Medicare via our paychecks too, so perhaps we should exclude that from the denominator too.  If you exclude Medicare’s $644 billion from the denominator, then 1037/2756, or 38% of the federal budget is for the military.  The high cost of medical spending is a separate issue.

According to Tomgram: Mandy Smithberger, Letting the Pentagon Loose With Your Tax Dollars, yearly spending on the military is about $1.2 trillion.  They include Homeland Security and other domestic spending in the military budget. Likewise,The Project On Government Oversight  published Making Sense of the $1.25 Trillion National Security State Budget.

According to WarResisters.org, 47% of the federal budget goes to current and past military spending. 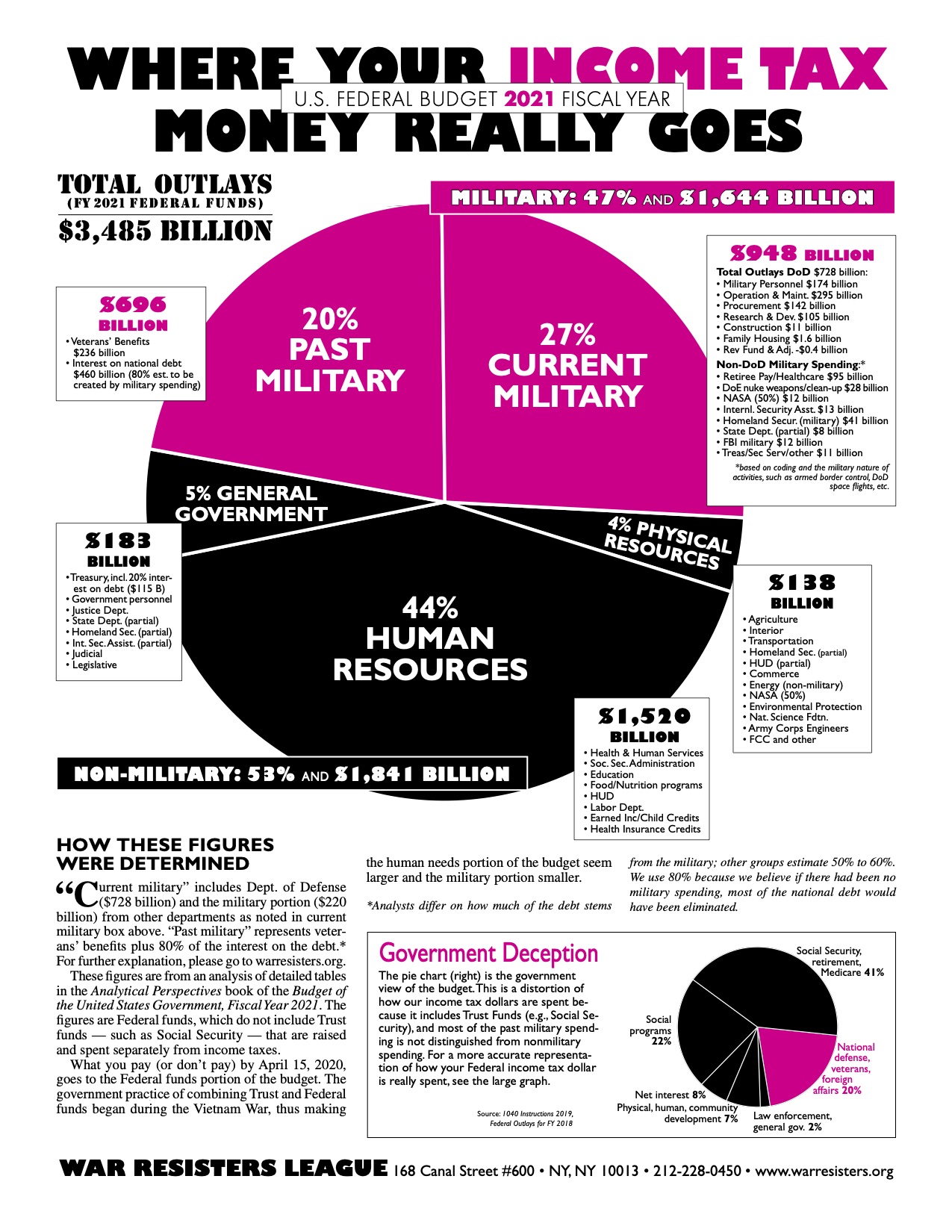 The U.S. spent over $6 trillion on wars in Iraq and Afghanistan which are now almost universally regarded as disastrous. Yet Congress has now authorized a Space Force, is deploying tactical nukes, and is ramping up preparations for war with Russia and China.  Moreover, billions are being given to military contractors as part of the pandemic bailout.

The National Debt Is ‘Unsustainable’ and the Pentagon’s Finances Are a Total Mess, Federal Audit Says. “Absent policy changes, the federal government continues to face an unsustainable long-term fiscal path,” America’s top auditor warns. But is anyone listening?”

My letter to Nancy Pelosi

91% of Americans do not want the US to engage in any military action in Syria. Over and over again, Americans have  shown the way to their elected represented representatives and those representatives have been deaf to their voices. What unimaginable hubris is driving members of Congress like yourself, to commit an even more serious war crime than […]

The Trillion Dollar Death Machine… And What You Can Do to Stop It!