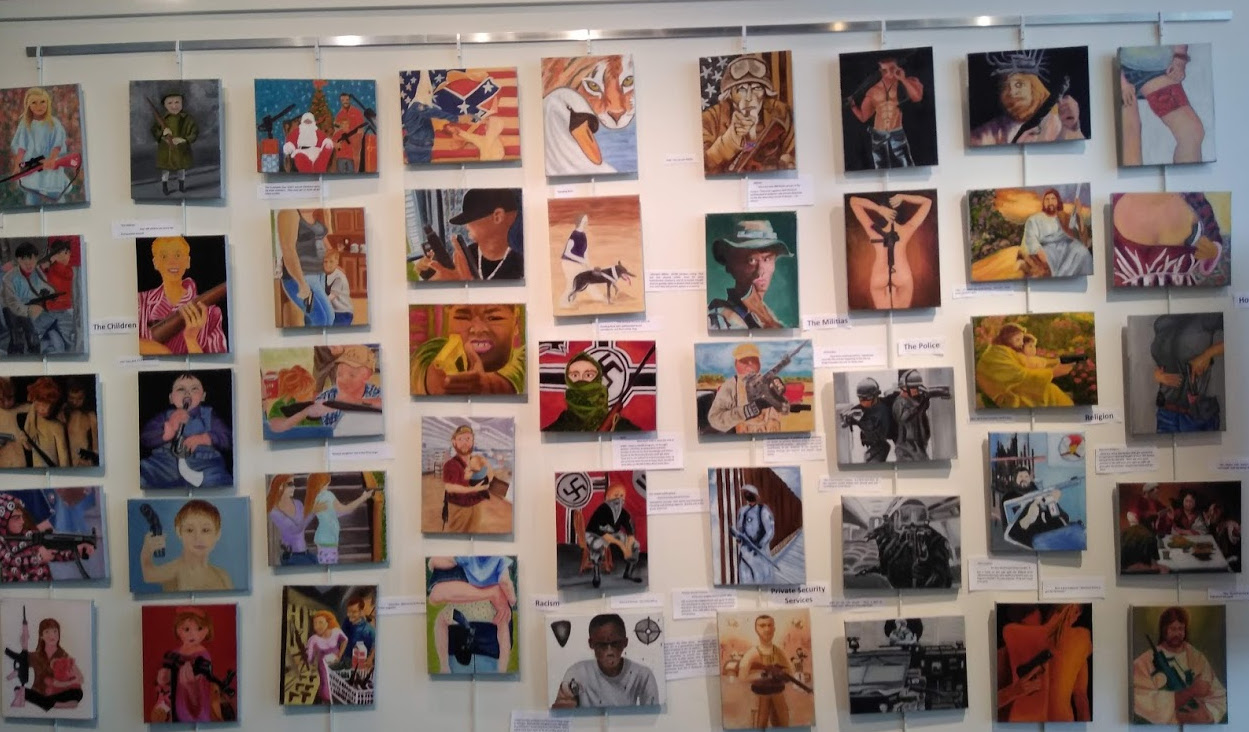 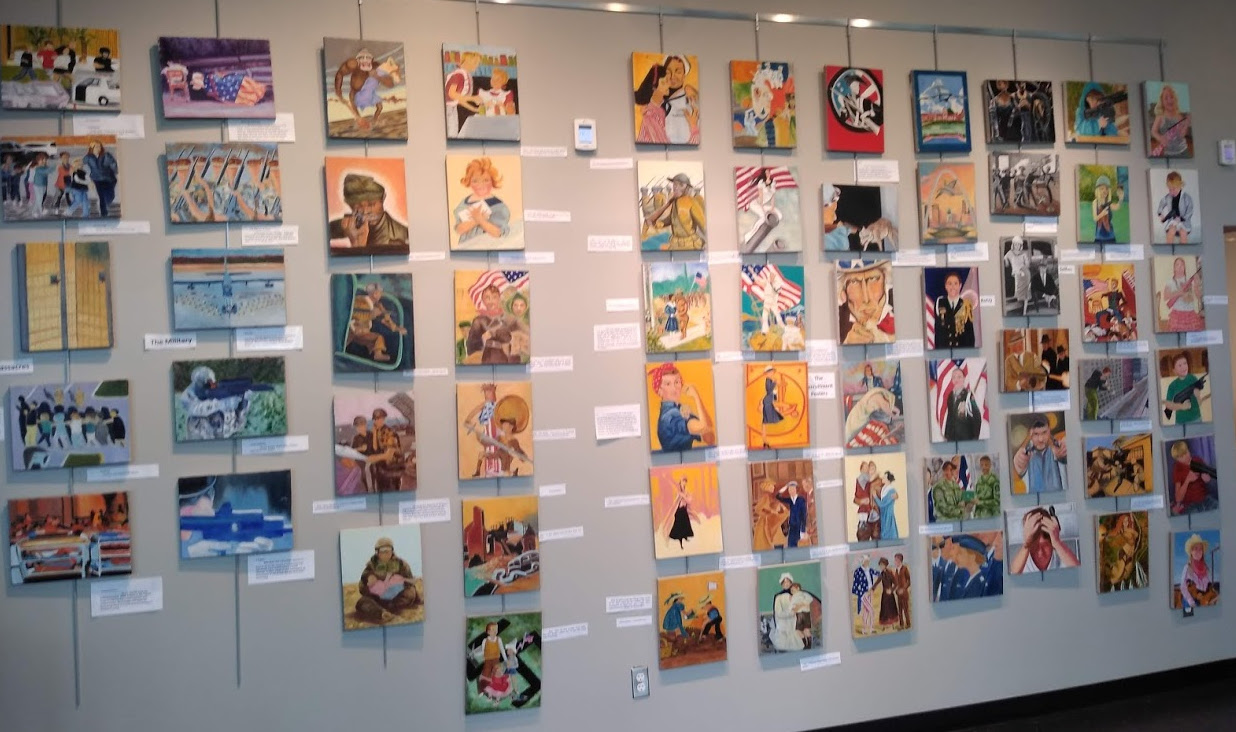 In the A/NT Gallery at Seattle Center through July 27, there’s an exhibit of art about America’s obsession with guns.    The artist, Cynthia Linet — more famous for her paintings of historic erotica — based her paintings on images found online, via image search.      Obviously, lots of Americans are really into guns. They let little children play with guns. Women wear them between their breasts, while posing in sexy photos. Lovers pose together with guns while embracing.    People hold guns together with bibles.   Jesus holds a gun. Guns and war are glorified by the military to attract recruits. Neo-nazis march with guns.

One problem with gathering images online is that some of the images may be parodies by gun control advocates. But most seem legit.

America’s obsession with guns is one of those weird things that make you scratch your head and wonder how the country can be made sane again.  I wonder what gun lovers would think of the show. Perhaps they’d think it misrepresents who they are.

Cynthia Linet has a facebook page about the Gun show here.

Gun rights versus life rights: when will this insanity stop?

“Chris died because of craven, irresponsible politicians and the NRA. They talk about gun rights but what about Chris’ right to live? When will this insanity stop?” — Richard Martinez, father of 20 year old victim Chris Martinez. Comments comments

We're coming to get your guns, imbeciles!

Actually, we’re not coming to get your guns, unless you have something like an assault weapon. We just want to make it harder for dangerous people to massacre innocents, and that just requires some reasonable background checks on buyers and limits on the types of guns that are available. People say that gun control wouldn’t […]