St. Alban’s Episcopal Church is a progressive church that has a facebook page that I subscribe to. They often share inspiring, progressive memes about social, religious, and political issues.

Recently they shared the following meme image with me: 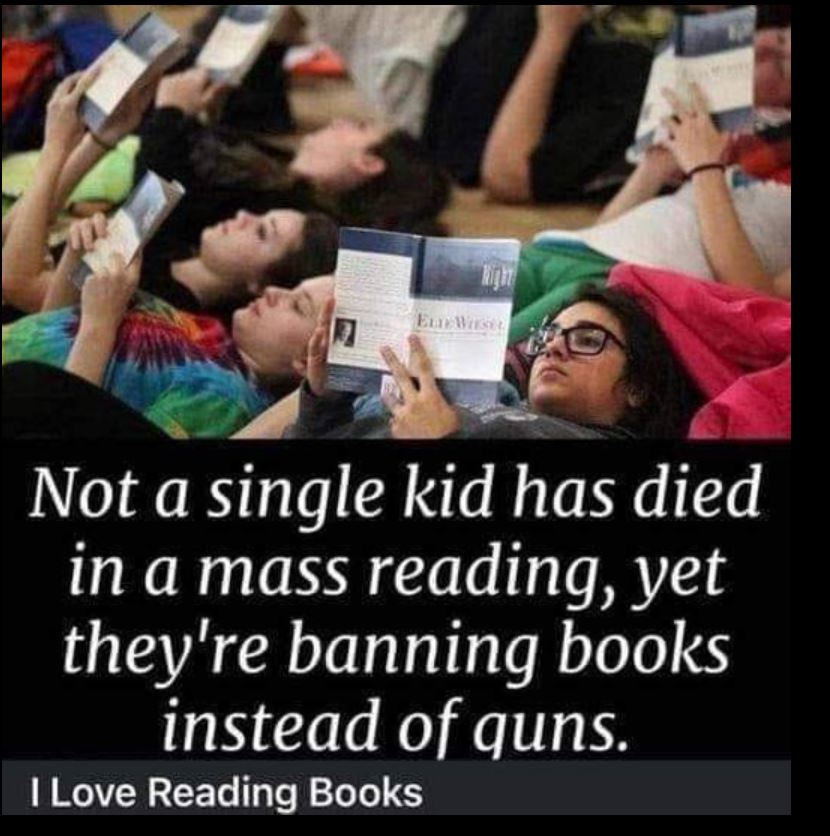 I liked the image and so tried to share with others. When I did that, a warning window popped up: 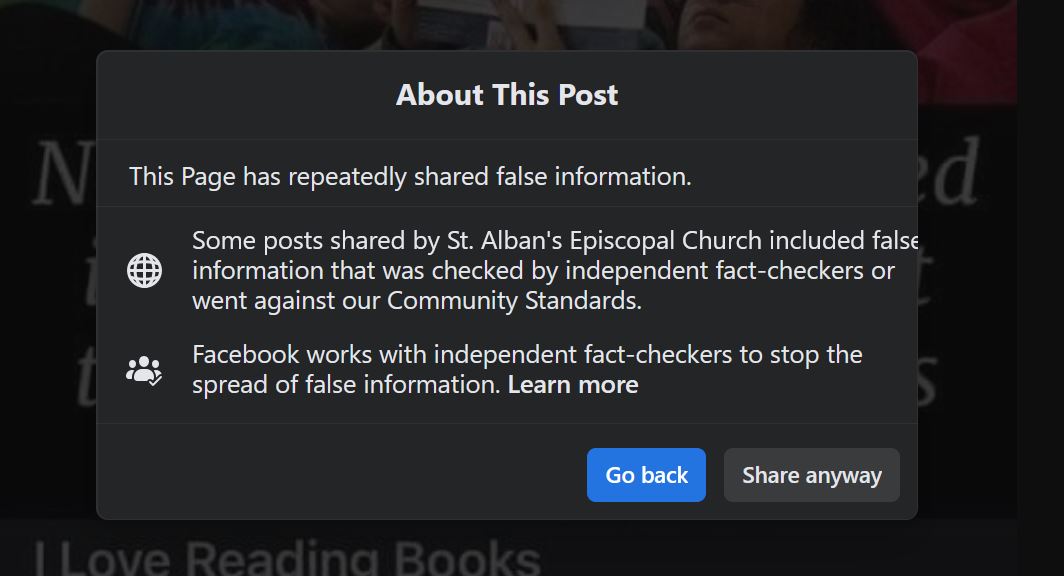 I shared anyway and commented on the post. As you can see, St. Alaban’s responded: 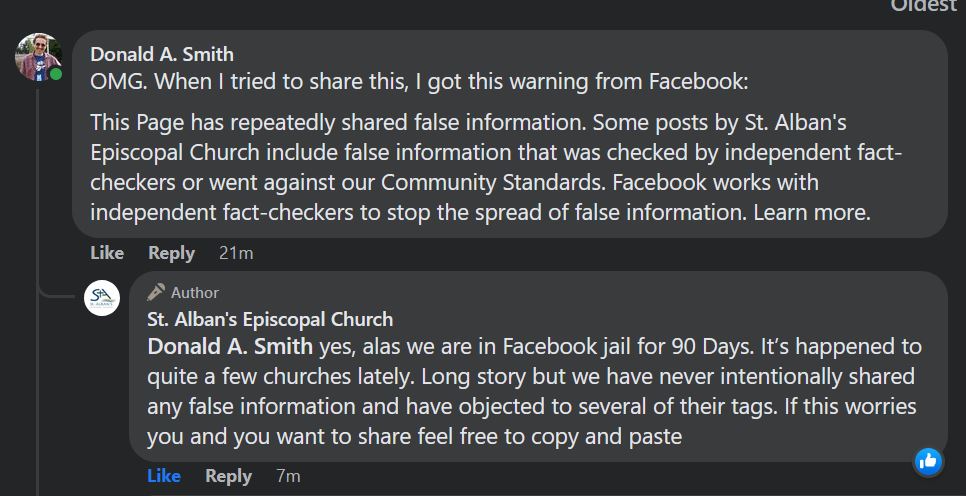 I asked St. Alban’s facebook administrators about it and they gave me permission to quote their response:

We’ve had a rash of very negative reviews as well from people who posted inappropriate content or attacks on other posters and had been banned from the page as well. It now seems that someone has reported us for posting deliberately false information. That report (possibly reports) has triggered the scrutiny of Facebook’s Fact checkers. We had previously been warned of posting a couple anecdotal stories containing some unsupported info and having shared a few meme’s over the years with misattributed quotes. These were all shared from trusted sources and were either removed or corrected on notification. Recently they have began dinging us for how others might interpret our message. Saying it is misleading. Also we often use stock and other photographs to illustrate quotes the automated system cannot grasp the notion and takes it literally and state that the photo is misleading. There has been a huge increase in these “complaints” since the troll attack and the outsourced fact checking automation. Also now that the system is automated there no recourse, no person to explain our logic to and so we are now in Facebook Fact Checker jail and there is nothing to be done for it. I’ve heard from other religious groups who have suffered the fate. They tell the sentence is usually 90 days. I don’t know if that is case but in the meantime If anyone attempts to share anything from this page, they are told first that we have been bad and repeatedly shared false information, they can then go on and share as normal if they are willing to take the risk. We have never intentionally posted any false content and will leave it to our friends and followers to judge our content . We try hard to provide our almost 58,000 followers with factual, spiritual and positive content. We use to reach over 2 million people each week but because this our posts have vanished from followers news. So our post reach is down 71%. Thank you for your blog post and for trying to understanding our dilemma.

Information about the sale of Fisher Communications to Sinclair

Fisher Communications, owner of Seattle’s KOMO-TV and 19 other television stations, will be acquired for $373 million by Sinclair Broadcast Group, the country’s largest Fox affiliate.  Sinclair said it plans to keep Fisher’s three Seattle radio stations — KOMO Newsradio, KPLZ STAR 101.5 and KVI 570 — even though its focus is TV. (Seattle Times, […]

Look what we have accomplished together! – (see the media roundup below) Together we were: Led by the beauty and spirit of the moment, Emboldened by the drums and wise words of the Duwamish and Native Canoe families and the voices of those on the front-lines of the climate crisis, Driven by a moral obligation […]