Remember this list of all the Democratic Races in Eastern WA I posted on facebook a number of days ago? With the results in ….. the most obvious common denominator among ALL these races is that the Democratic candidates with NO ELECTED OFFICE EXPERIENCE ….. LOST by wide margins …. while those with experience …. mostly incumbents …. WON handily. The only exception being Paul George who had been a Yakima Councilman, lost to GOPer business woman McCabe who never won an elected office prior to her run for the House seat in the 14th. As I’ve said repeatedly … Republicans can get away with it …. Democrats can’t.

We need to start with a “Clean Sheet of Paper” and throw out a strategy of endorsing and supporting anyone who waltzes in with their hand raised or is persuaded at the last minute …. with a “D” behind their name and NO ELECTED OFFICE EXPERIENCE! It’s no surprise it didn’t work this time and hasn’t worked for the past 20+ years!

Doesn’t anyone get tired of losing? It’s as if EaWA Democrats REFUSE to learn from their failure …… doing the same thing election after election. Why? 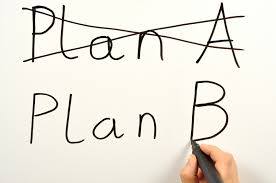 Rep. Adam Smith spoke Thursday evening at Bellevue City Hall to an audience of about 25 people which included Bellevue Mayor  Conrad Lee, City Council member Claudia Balducci, and State Representative Marcie Maxwell. The small turnout was rather surprising, but it had the beneficial effect that it was easy to ask questions.  Rep. Smith spoke […]

Republican Rep. Matt Shea from Spokane calls for biblical law and the killing of opponents