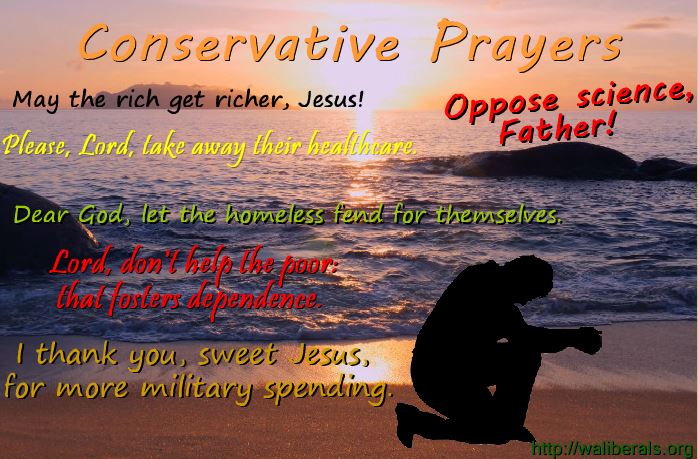 Conservatives consider impeachment if they lose to Obama

From Conservatives Consider Impeachment If They Lose To Obama. Grover Norquist of Americans For Tax Reform told National Journal that if Obama is re-elected and refuses to re-authorize the Bush-era tax cuts for millionaires, “Obama can sit there and let all the tax [cuts] lapse, and then the Republicans will have enough votes in the […]

The myth that the Dems are as bad as the Repugs

[Yesterday I posted to OpEdNews the article copied below.  Contributors to and readers of OpEdNews tend to be quite progressive or socialist. Many of them refuse to support the Democratic Party, saying that it’s as bad as (or worse than) the Republicans.   You can read comments on my article (155 comments at the time of […]

I’m reading the Complete Idiots Guide to The Gnostic Gospels, by J. Michael Matkin. It’s exciting stuff — kinda like from Indiana Jones. The book reveals how contingent orthodox Christianity is. The early Catholic Church relentlessly suppressed alternative sects, some of which were close to winning out.  For example, the second century gnostic Valentius came […]