Actually, we’re not coming to get your guns, unless you have something like an assault weapon. We just want to make it harder for dangerous people to massacre innocents, and that just requires some reasonable background checks on buyers and limits on the types of guns that are available.

People say that gun control wouldn’t stop criminals from getting guns or from killing with other weapons. Well, it wouldn’t stop all of them. But it would make it harder for crazy people, and people with criminal records, to commit crimes of passion.  The aim is to make massacres harder and rarer; there’s no practical way to make them impossible. 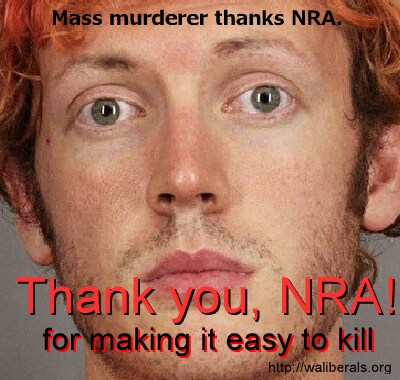 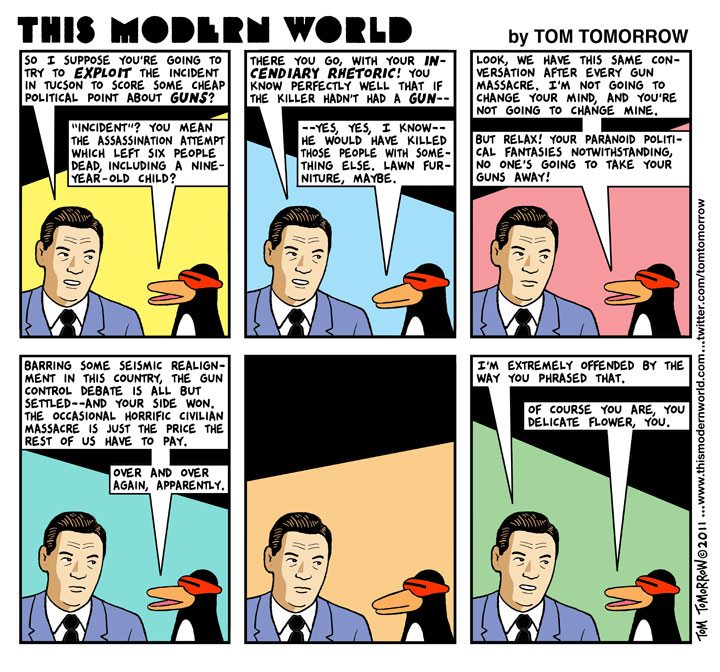 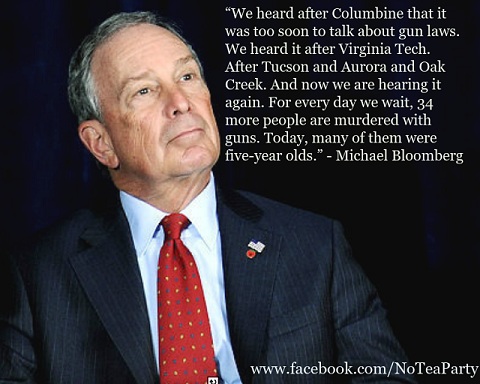 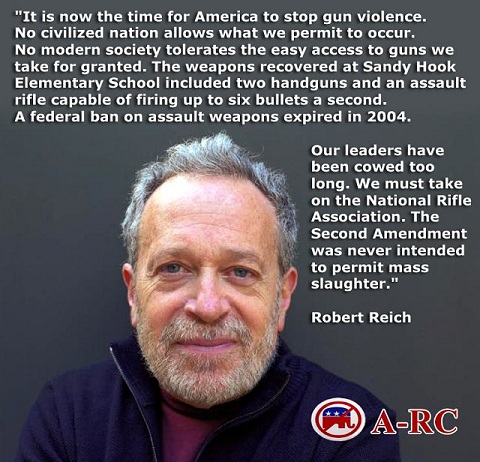 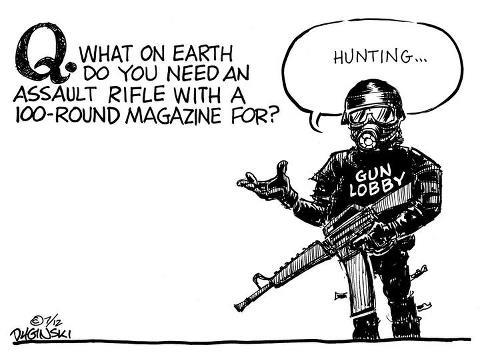 See Yes, NRA Member, You DO Have the Blood of 20 Children on Your Hands. 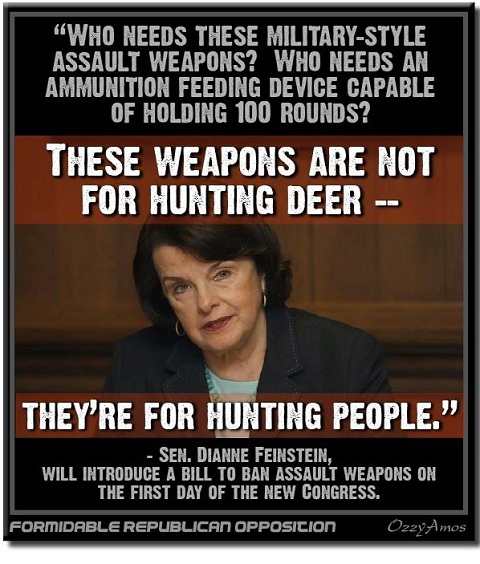 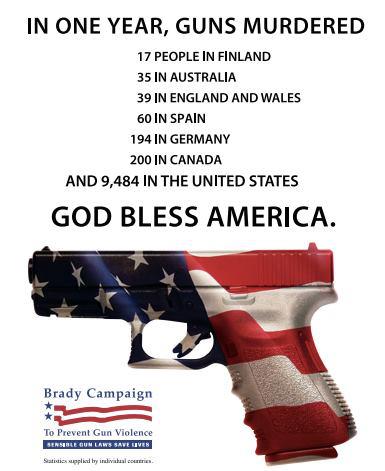 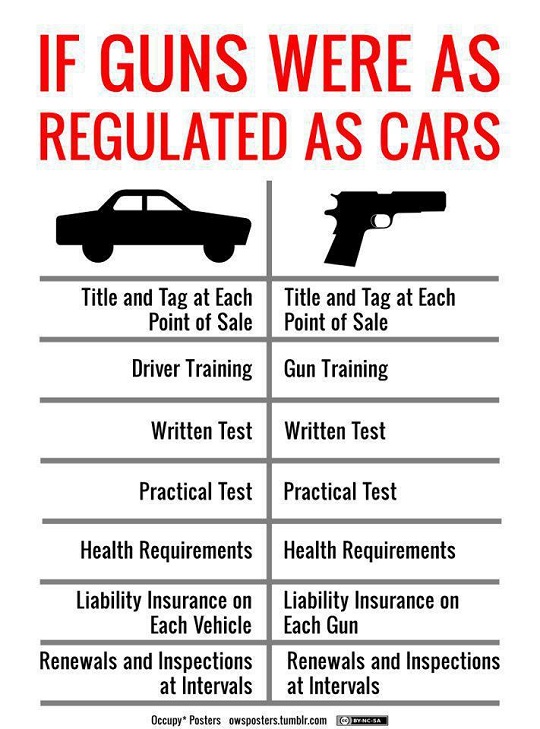 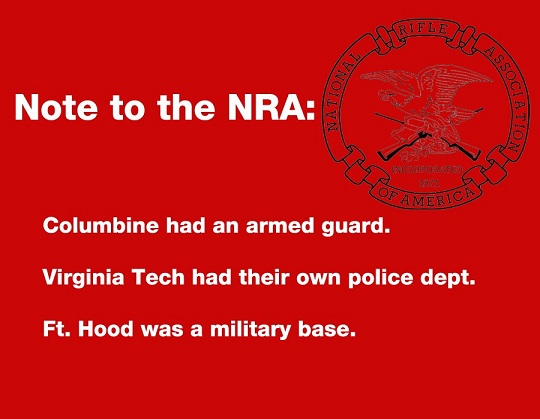 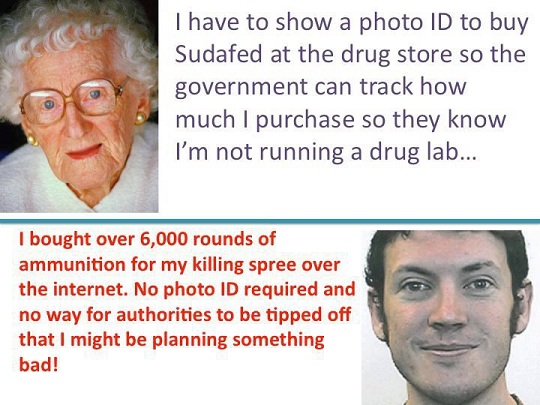 “Cars don’t kill, people do. So there’s no need to regulate car use by requiring driver licenses or by restricting the kinds of cars people can drive.”

Meanwhile, in much of the country I can still be sent to prison for years for a joint, thanks to ‘control’ of a thing that doesn’t kill anybody.”

Todd Bridges: “Surgical procedures don’t kill, people do. So I don’t need to go to medical school or get certified to open up my drive thru brain surgery business”.

As conservative commentator Gary Wills says, “We guarantee that crazed man after crazed man will have a flood of killing power readily supplied him.”

Yesterday the Washington State Progressive Caucus overwhelmingly endorsed Darcy Burner for the (new) 1st CD Congressional race. In a crowded field of Democratic candidates, Burner stands out as the most progressive, with the biggest name recognition, the most experience running for (if not winning)  national office. and the most organized campaign.  Moreover, a recent poll  […]

Tomorrow is a big day. It’s going to be cold in the Northwest, but there are a lot of calls for turnout and solidarity with the unions of Wisconsin and elsewhere that are under attack. If you have feet, down, below your knees, you should plant them in solidarity tomorrow. Marylea and I are over […]

Not just the candidates or the lack of political will to create public policy to turn the country in the right direction, but the election apparatus itself just got even less respectable. The Brad Blog carried the story recently that the Diebold voting machines can be easily hacked remotely. There seems to be some question […]

One Reply to “We're coming to get your guns, imbeciles!”