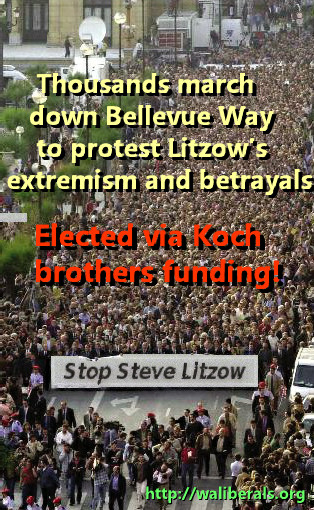 GOP PAC is trying to shame people into voting

Someone from the Woodridge area of Bellevue received a flier which included the following: It says WHAT IF YOUR NEIGHBORS KNEW WHETHER YOU VOTED? We’re sending this mailing with a list of who does and does not vote in your area. The chart shows the names of your neighbors, showing which have voted in the […]

Letter to the editor in Bellevue Reporter, on attack ads and Litzow

On the day the primary election ballots arrived in my mailbox, I also received an attack ad, from a group opposed to 41st LD state Senate candidate Lisa Wellman. Wow, they’re starting early this year! In 2010 her opponent, Steve Litzow, won by about 200 votes because of last-minute attack ads sent out by an […]

For more context see Why did these Dems deliver a major victory to Republicans in an election year?. Comments comments