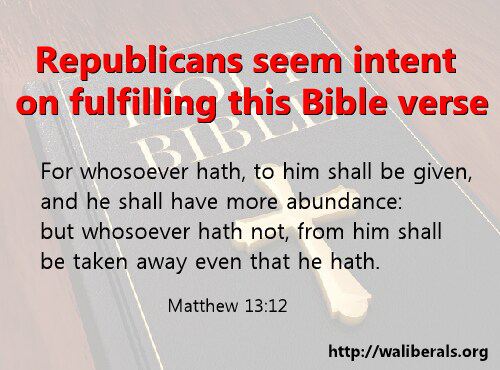 Testimony Given at WA Health Dept. Hearing on Certificate of Need Rules – Nov. 26, 2013

There were probably 80 – 100 people at the WA Health Dept. Hearing on hospital mergers including reps from the SEIU, ACLU, NARAL, Planned Parenthood, Secular Humanists, Catholic Watch, etc, along with 30+ of our MoveOn.org petition signers, a Hospital Administrators Assoc. Rep. and the general public. Of those testifying, at least 90% expressed that […]

The Wall Street Journal (radicals? socialists?) is running an article that says in paragraph 4: The plan would essentially end Medicare, which now pays most of the health-care bills for 48 million elderly and disabled Americans, as a program that directly pays those bills. Mr. Ryan and other conservatives say this is necessary because of […]

When you have to make hard medical decisions, who do you want in the room? Religious belief is on the decline in the U.S., and medical knowledge is on the increase. This makes it particularly ironic that so much of our health care system is accountable at the highest levels not to science or patient […]