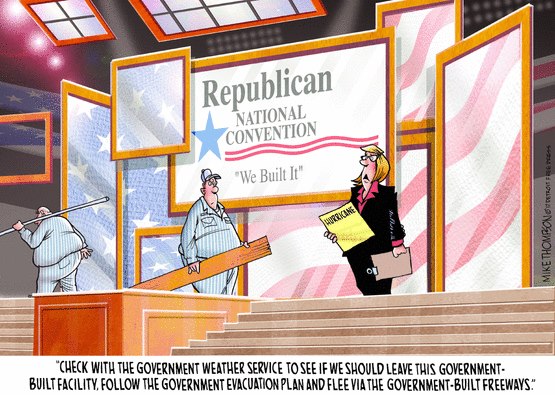 “One person was dead as massive wildfires in drought-parched Colorado and New Mexico burned out of control, while Western lawmakers pleaded for updates to an aging U.S. aerial firefighting fleet needed to combat a fire season that lasts year-round.”  Whining for help from Big Government again? Deadly Western wildfires burn out of control Comments comments

Transportation is a great example of the positive role government can play in providing services. But Republicans have prevented the passage of a transportation budget, and without further, Metro Transit will have to make drastic cut to bus routes. Mayors, city council member and the business community are nearly unanimous in calling for passage of […]

Data on State Employee Compensation Despite conservative claims to the contrary the number of state workers per 1000 residents is decreasing significantly, and state employee wages are not in general higher than private sector workers. “The end result is a 13.5% drop in general government state employees per thousand residents. Total employees, not adjusting for […]