Right wing websites have been promoting fake, or at least deceptive, news about alleged global cooling.

The explanation is that 2016 was the hottest year on record. As the NASA Goddard Institute for Space Studies reports (https://www.giss.nasa.gov/research/news/20180118/):

Earth’s global surface temperatures in 2017 ranked as the second warmest since 1880, according to an analysis by NASA.

Continuing the planet’s long-term warming trend, globally averaged temperatures in 2017 were 1.62 degrees Fahrenheit (0.90 degrees Celsius) warmer than the 1951 to 1980 mean, according to scientists at NASA’s Goddard Institute for Space Studies (GISS) in New York. That is second only to global temperatures in 2016.

So, the fact that things have cooled off a bit from the record highs of 2016 doesn’t mean there’s a significant trend of global cooling.  The temperatures since then are still unusually high. 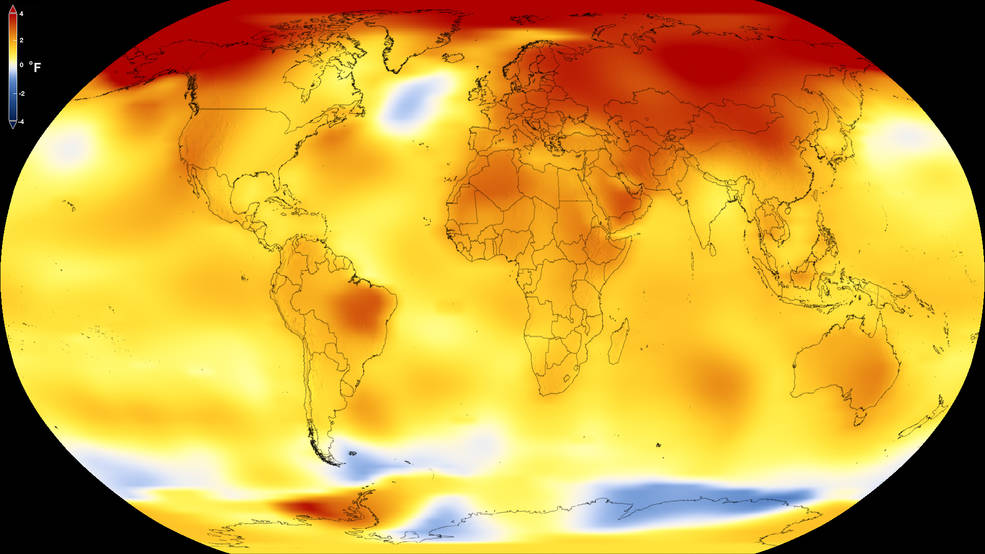 Global Warming Trend
This map shows Earth’s average global temperature from 2013 to 2017, as compared to a baseline average from 1951 to 1980, according to an analysis by NASA’s Goddard Institute for Space Studies. Yellows, oranges, and reds show regions warmer than the baseline. (Credit: NASA/GSFC/Scientific Visualization Studio) Source: NASA.

I recently joined hundreds of other activists on a video chat hosted by 350.org to discuss recent developments in the saga of the hotly debated and much delayed construction of the Keystone XL pipeline. As you probably know by now, TransCanada wants to build the KXL pipeline to transport diluted bitumen (dilbit) from the tar […]

At the Seattle Westin today, Al Gore spoke to a full banquet room at a fundraiser for Jay Inslee. Gore offered praise for the Washington Governor’s much vaunted plan to combat global warming. Inslee has proposed putting a price on carbon, improving public transportation, encouraging energy efficiency, and increasing use of solar power and electric […]