About 20 years ago I had an idea for a piano with a black key between each white key. The piano keys would look like the second set in the image below. The advantages of such a piano are

A disadvantage is that a major scale in the key of C would no longer involve just the white keys. That disadvantage is minor compared to the convenience of needing to learn just two fingerings and the ability to switch keys by shifting to the right or left.

Beginners would more quickly master such a piano, I believe.  Pianists accustomed to old style pianos would have to learn the new fingerings.

It’s a rather obvious idea. Why haven’t instrument makers adopted it? 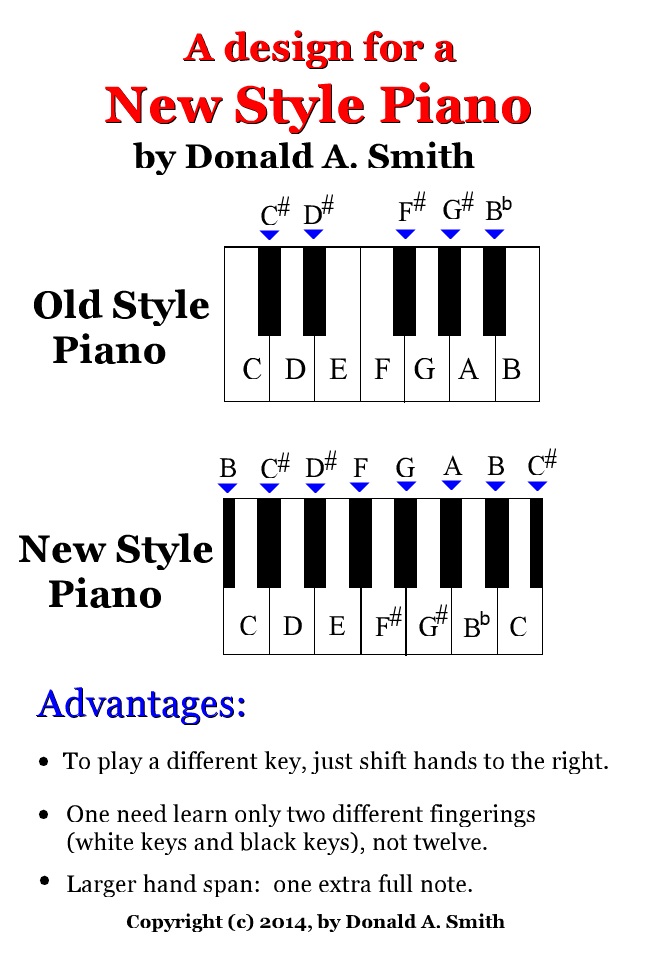 Unfortunately, a patent search in the European Patent Office showed that a Chinese inventor, Yu Shusen, already patented such a keyboard in China (patent number CN201117227).  According to this, the patent has expired. This demonstrates that I should have taken the initiative and filed a patent 20 years ago.  Trust and value yourself.

Two Quotes for the Day and Friday the 13th Lobbying Action

The dead will rise and attempt to communicate with the legislators about SB 4944, 4945, 4946 and 4947 “It is as useless to argue with those who have renounced the use and authority of reason as to administer medication to the dead.” — Thomas Jefferson M and I are pretty busy preparing for the Friday […]