I’m sick and tired of all those lazy ne’re-do-wells who live off the public dole.

You know who I’m talking about. Those welfare-loving persons who feel entitled to government handouts but who complain if they have to contribute to society.

Without government services and protections, the market system wouldn’t function and these corporations would be out of business.

But GE, Apple and dozens of other large corporations have avoided federal taxes by off-shoring profits and by other shady tax avoidance schemes. 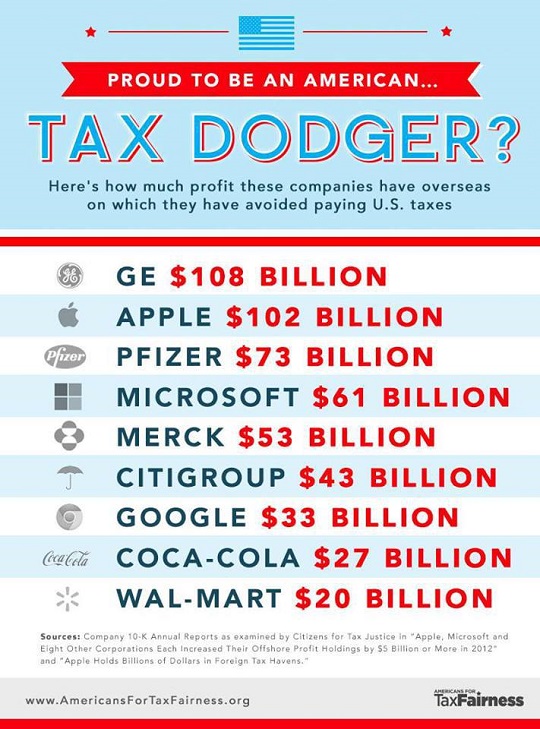 The Wall Street banks finagled trillions in bailouts, hand out billions of dollars in bonuses, and continue to borrow money at lower interests than debt-burdened students.

Big Oil receives billions of dollars from the oil-depletion allowance and massive subsidies in the form of government-funded roads. 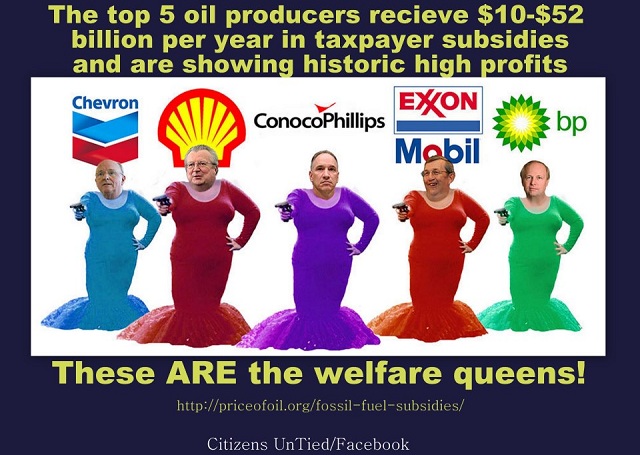 Microsoft and Boeing got themselves exempt from most Washington State taxes.

Meanwhile, states struggle to find money to pay for education. Unemployment remains high as jobs are sent overseas and foreign workers are brought in to work at high tech firms.

Yet tax rates on corporations and rich people are at the lowest effective level in decades. Corporate profits are high, and concentration of wealth is increasing.

In fact, author Clive Boddy defines psychopaths as “totally heartless, totally ruthless and totally calculating in their approach to life.” That fits corporate “persons” to a T, since by law their only motivation is profit for the shareholders. 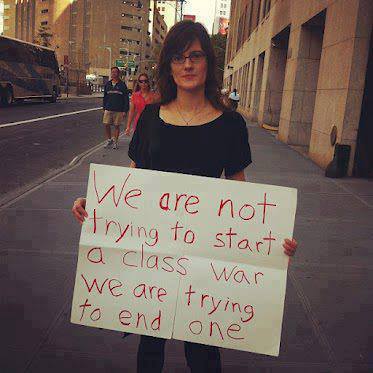 In the age of sequestration, our Shared Sacrifice My @$$ video is more appropriate than ever. Allow yourself to laugh-off the disappointment and then channel your outrage into ACTION! Join the Strategy & Solidarity Call Among Backbone Allies Wednesday, March 6th at 4 PM Pacific / 7 PM Eastern Members on the call have been […]

Join this special interactive live podcast with the Sensata workers of Bainport. They have been striving for an economy that works for everyone, not just “Vulture Capitalists.“ This is your opportunity to hear from, ask questions with, and bolster the spirits of some of these courageous workers/warriors. On Halloween, Vulture Capitalists once again descended upon […]