Over the weekend, volunteers with FUSE plastered areas on the Eastside with signs calling for the closing of tax loopholes. Areas targeted include the neighborhoods where Senators Rodney Tom, Steve Litzow, and Andy Hill live — three Republicans* whose votes will be crucial in order for the state legislature to eliminate some tax loopholes, as the House budget and Governor Inslee propose. 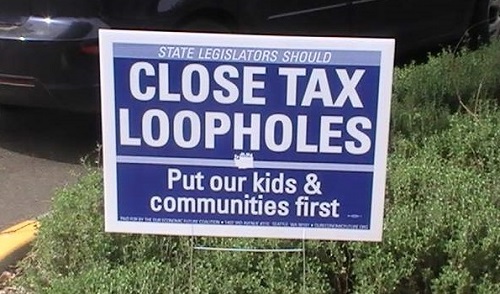 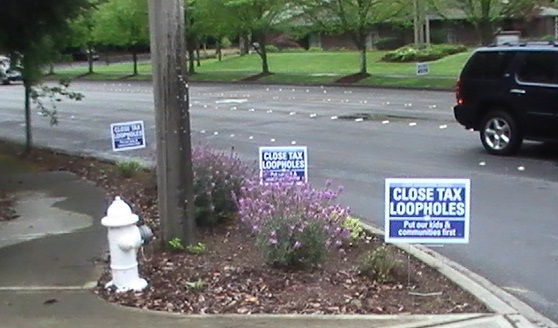 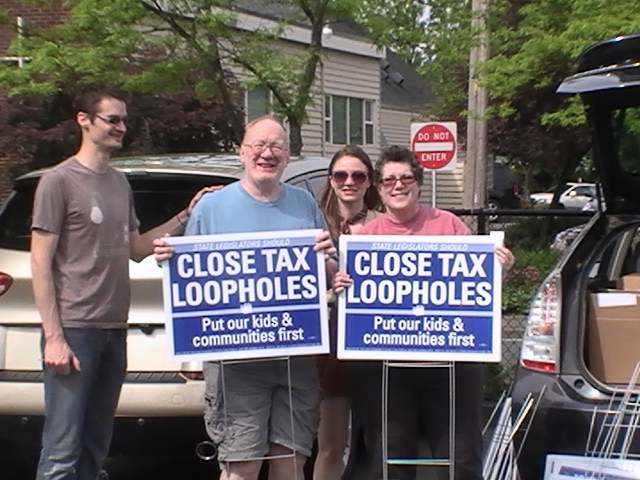 *Senator Tom was elected as a Democrat, but he’s working closely with the Republicans.

Because it benefits the middle class: For Some in G.O.P., a Tax Cut Not Worth Embracing. Comments comments

I  think all this talk about allowing Republicans in Ohio to gerrymander Dennis Kucinich out of Congress fails to consider the bigger picture. If  we in the Peace Movement lose Dennis’s voice in Congress, who will lead  the cause of peace in what has become a war-mongering nation? No one in  Congress has been more […]