But he’s not a socialist at all.

Noam Chomsky and Cornel West say that Sanders is a social democrat and a New Dealer. See Bernie Sanders is NEITHER a Socialist nor a Democratic Socialist and What does Sanders mean by ‘democratic socialism’?.

Marian Tupy, of the libertarian Cato Institute, writes in The Atlantic: “Bernie Sanders is not a socialist, but a social democrat.” Bernie Is Not a Socialist and America Is Not Capitalist: Scandinavia is, by one measure, a freer market than the United States. Tupy writes:

Indeed, this Bloomberg article points out that the Nordic countries so beloved of Sanders and many of his followers are mostly capitalist, not socialist: The Choice Isn’t Between Capitalism or Socialism. “Danish Prime Minister Lars Rasmussen stated bluntly that Denmark was a market economy rather than a socialist one.”

A New Yorker article on Ocasio-Cortez suggests that she calls herself a democratic socialist not because of any deep ideological commitment. Her self-appellation has “less to do with theory or ideology than with the simple fact that she kept seeing members at rallies for every cause she cares about, from the Hurricane Maria rescue effort to Black Lives Matter. She defines her politics as a struggle for ‘social, economic, and racial dignity.’”

So, democratic socialism is still a form of socialism. Adherents want social ownership of the means of production.  Such ideology is out of the mainstream in America, and adherents are susceptible to criticism and ridicule — which they are already getting plenty of.      Republicans called even Obama a socialist.

Chomsky points out that Dwight Eisenhower — who said that anyone who questioned the New Deal doesn’t belong in the political system — would be called a raging leftist in the current extreme political climate. 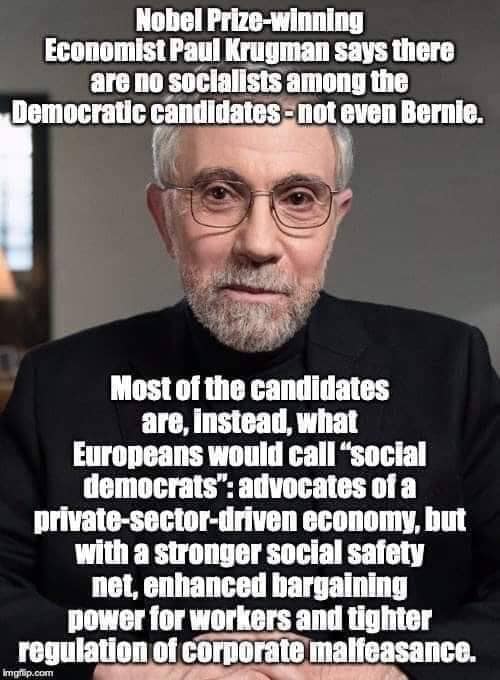 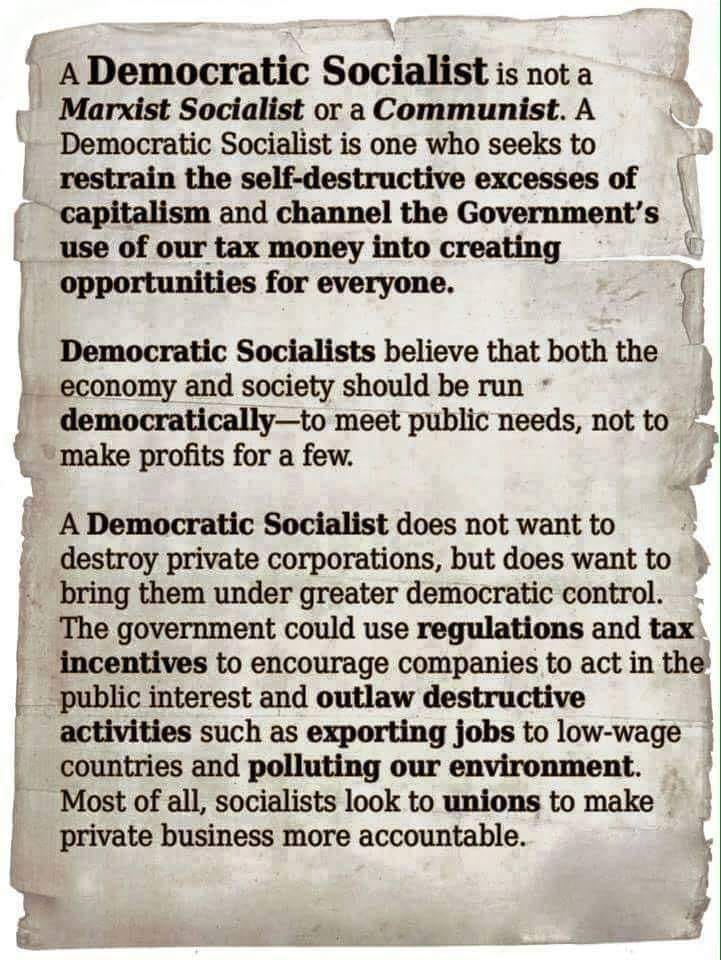 For heaven’s sake, and for the sake of the progressive movement, Sanders and Ocasio-Cortez should call themselves what they are: social democrats! Otherwise they will be destroyed by GOP attack dogs.

There was standing room only at the “Party ON for Progressive Radio!” event held at Impact Hub in Downtown Seattle on January 18th, as emcee David (Goldy) Goldstein introduced Andrew Villeneuve of Northwest Progressive Institute, and Geov Parrish, someone with a long history with radio, and then the star attraction of the evening, Norman Goldman! […]