Public Citizen is sending Aquene Freechild to Washington to conduct three workshops on “How to connect across party lines.” They will focus on the issues of money in politics, campaign reform, and reversing the Citizens United decision. These events are free and open to the public.

This event is cosponsored by Spokane Move to Amend the Constitution (SMAC).

Here are some videos of Ms. Freechild : 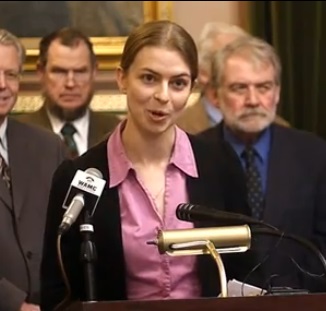 At the AAPI candidates forum on Oct 5, 2017, Republican candidate Jinyoung Lee Englund for the 45thLD state senate seat says that extremism is “deteriorating” our democracy and, overall, gives an impression of someone too immature to be a state senator. Here’s her closing speech. Comments comments