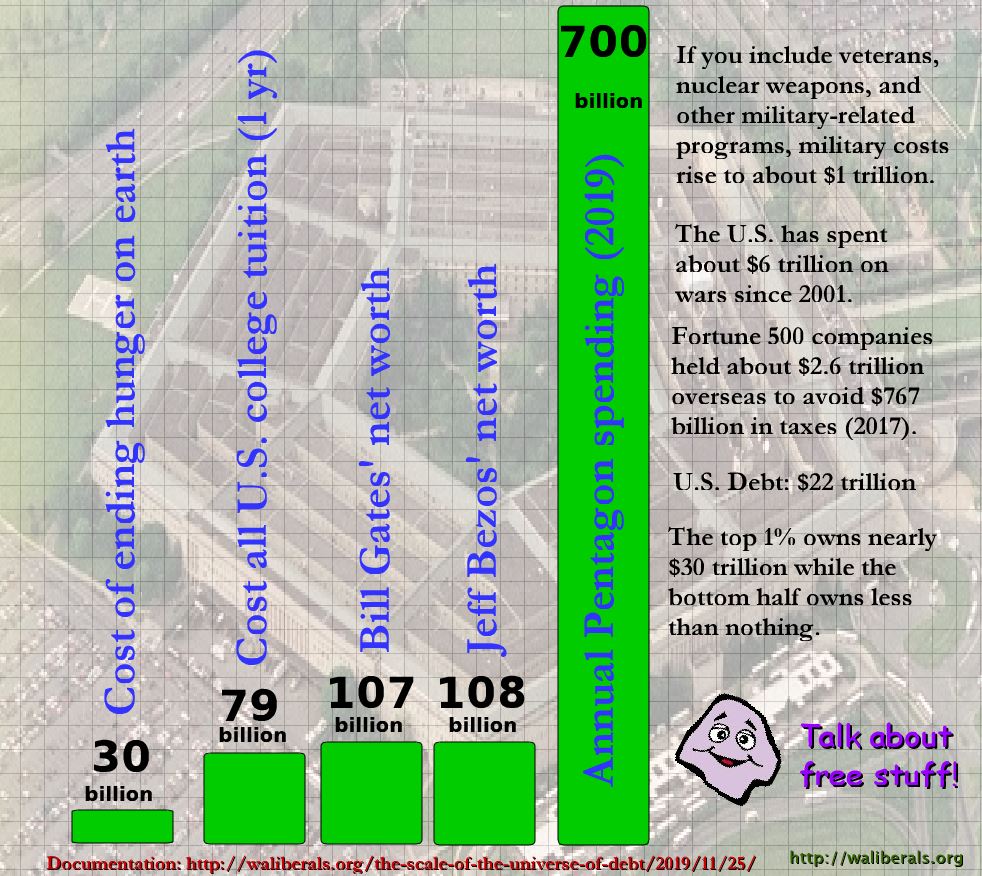 Military budget of the United States

Tuition-Free College Could Cost Less Than You Think

The Cost to End World Hunger

America’s Defense Budget Is Bigger Than You Think

[Editor: There’s a federal grand jury that has been convening in Seattle since Aug 5 (March 2, according to a knowledgable  source). Three activists have been jailed for refusing to cooperate with federal authorities.  Apparently, the activists are not charged with any crime other than exercising their right to remain silent — which, I hear, […]

[Note: For later news on this topic, see: State Republicans fined for violating reporting requirements in 2010 elections.] In October, 2010 a formal complaint was filed with the Washington State Public Disclosure Commission against the Washington State chapter of Americans for Prosperity, the Koch brothers-funded organization that has promoted the Tea Party and that has […]

(adopted from a similar image at http://thechristianleft.org)   Comments comments