Republicans in Washington State are planning to raise your taxes.

On Monday, March 2, the State Senate, under control of the Republicans, voted to raise gas taxes by 11.7 cents over three years.

Now, in fact, I support raising the gas tax, both because it generates revenue needed for transportation and because it discourages driving, which pollutes the air and contributes to congestion and global warming.

The problem is that the Republicans are hypocritical.   The gas tax is regressive: it disproportionately affects the poor and the middle class.   Poorer people often need to drive long distances to and from work, because they can’t afford homes close to work.   For the poor and the middle class, gasoline purchases comprise a much more significant proportion of their income than for the rich.

Specifically, Republicans want to raise the regressive tax to pay for transportation funding (with a big emphasis on roads), but they won’t raise the progressive capital gains tax to fund education —  despite the State Supreme Court ruling demanding that the legislature come up with an additional $5 billion to pay for K-12 education.  Gov. Inslee has proposed a capital gains tax which would help reverse the perverse regressivity of our state’s taxes. (For more about Gov. Inslee’s proposal, see images below from the Budget & Policy Center.)

Indeed, Washington State has the most regressive tax system in the nation, due to its reliance on the sales tax and due to  the absence of an income tax.

Just last week Republicans tried to invoke a 2/3 super-majority rule for raising taxes in the state Senate. But the State Supreme Court has declared such a rule unconstitutional, and Lt. Gov. Brad Owen refused to enforce the rule.

In fact, the infamous no-taxes pledge that many Republicans nationwide have signed prohibits raising income taxes but makes no mention of sales taxes or gas taxes. See The Norquist anti-tax pledge allows signers to support raising the sales tax.

Will Republicans agree to tax the rich? Or are they only OK with taxing the poor and the middle class? 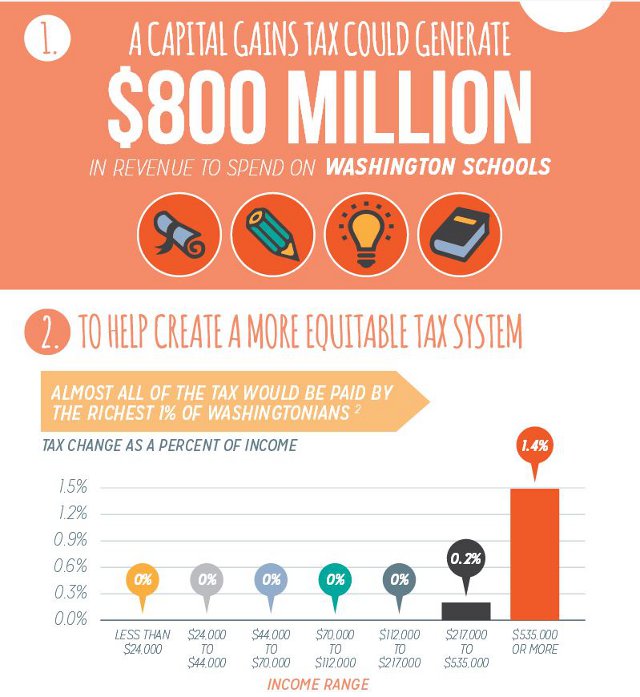 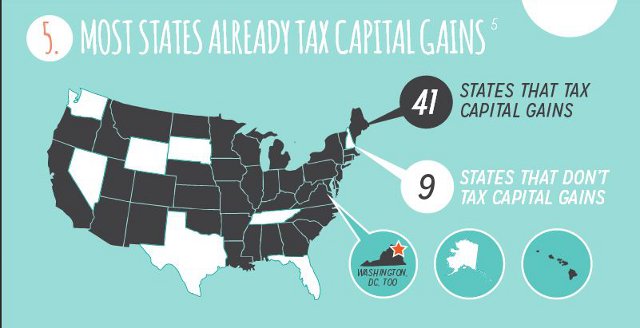 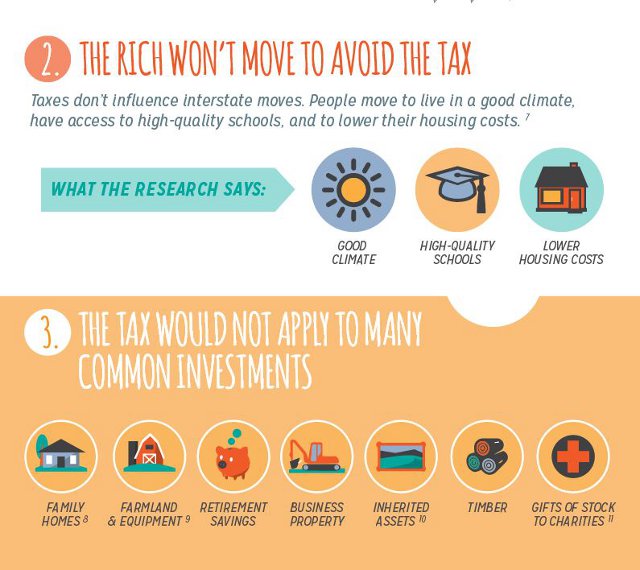 My daughter is really good with little kids. She can really get them to open up. She engages with them – about who they are, what they want to do, what they could do. These are some of the qualities of a good early childhood teacher. Child-care teaching is one of the most important professions, […]

Please join Real Change Reads this Thursday, September 20th at 7pm at the Common Good Cafe, to meet Chuck Collins, author of 99 to 1, How Wealth Inequality is Wrecking the World and What We Can Do About It.  This exciting opportunity is for you to meet the author and discuss the book, along with the reading group participants from around the […]

Are you tired of Republicons yet? Look what they just did.