On Jan 25 in Tukwila, Rep. Adam Smith gave a town hall to discuss the recently passed National Defense Authorization Act.  The NDAA has been widely criticized by anti-war and progressive groups for compromising away too many progressive amendments and for raising Pentagon spending to $738 billion.

As Chair of the House Armed Services Committee, Rep. Smith was particularly responsible for the bill.

At the meeting, Rep. Smith (no relation) parried many criticisms by saying that the Republicans (in particular, Sen. Inhofe of the Senate Armed Services Committee, Sen. McConnell, and President Trump) refused to compromise. There weren’t the votes for the progressive amendments and for lowering spending, and refusing to pass a bill wouldn’t have led to a better outcome. He said he’s 100% sure that the bill we got was better than nothing. (That part is unclear to me — as is why the Dems couldn’t insist on a single anti-war amendment.)

Smith said the inclusion of paid parental leave for federal employees (military or not) was a huge progressive win — “the greatest expansion of social welfare” in a long time — as was the fixing of the so-called “widow’s tax” on spouses of slain veterans. (A women in the audience whose husband was killed in Afghanistan thanked Rep. Smith for that measure.)

Smith said that more Democrats (188) voted for this NDAA than almost any one in recent history. But he pointed out that more Republicans (189) voted for it than Dems. Forty-one progressive Dems opposed it.

I pointed out, during questioning, that 31 liberal groups said it was a “near complete capitulation” and that Rep. Ro Khanna and Bernie Sanders called it “a bill of astonishing moral cowardice.”

For the first 15 minutes, Rep. Smith gave introductory remarks. For the next hour, Tyna Elk, President of Seattle Indivisible, had a dialog with Rep. Smith. She asked why Congress hasn’t clawed back its constitutional obligation to declare war. She spoke well and got applause at several points. 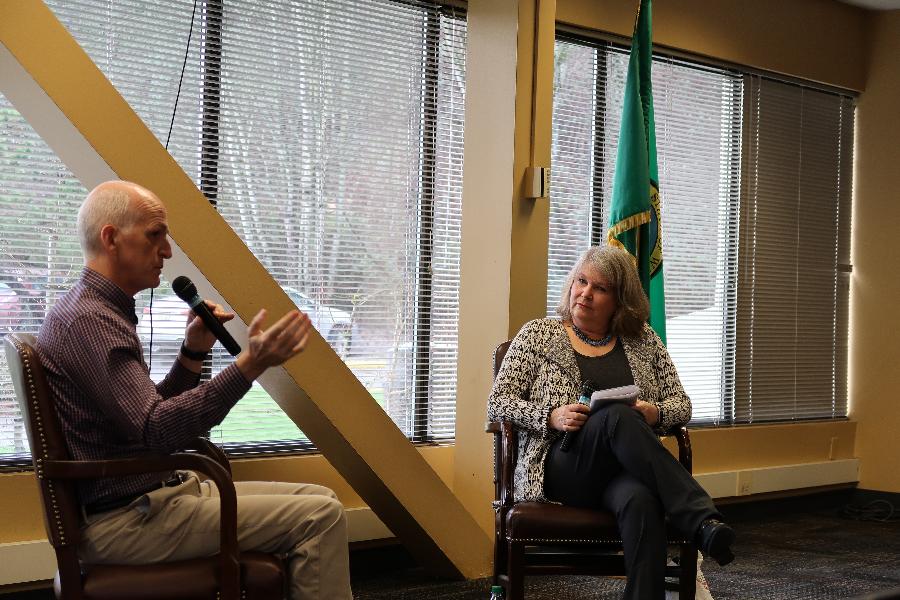 The final hour was devoted to answering question from the floor. 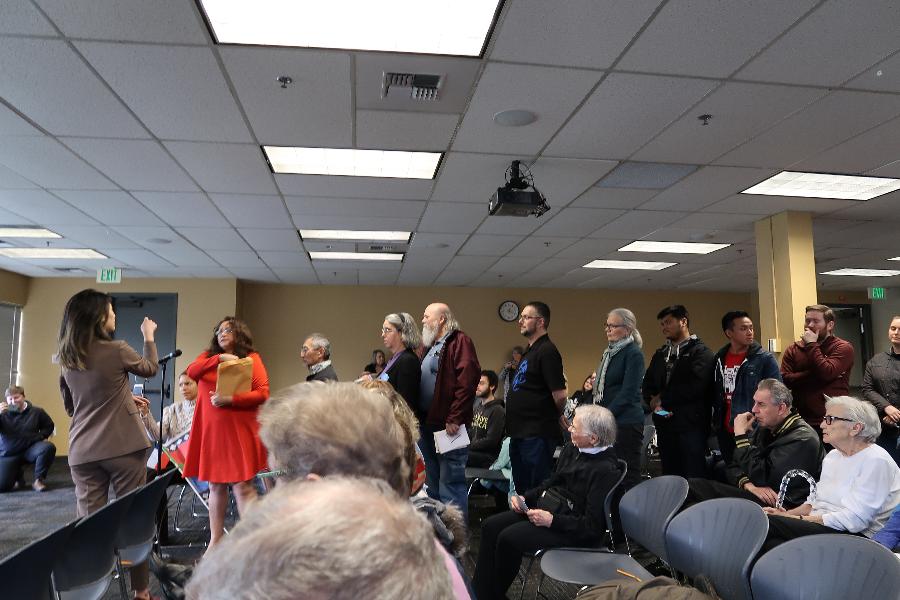 Rep. Smith pointed out that many of his colleagues in Congress refuse to hold town halls, but here he is allowing people to accuse him of being a sellout.

Smith definitely is a likable person.

Most of the questions drilled Smith on why he couldn’t stand firm on the progressive amendments that were originally in the House bill but that didn’t survive negotiation with the Senate. (Such amendments concerned the transfer of military funds to border wall construction, revocation of the Authorization for the Use of Military Force, war with Iran, U.S. funds for supporting the Saudi war with Yemen, tactical nukes, and transgender rights.) In several cases, Smith said that even had the House bill included restrictions on Trump, there would have been loopholes he could find to do what he wanted anyway. Moreover, due to the appointment and confirmation of conservative judges, the courts would back up Trump’s actions.

Smith said that Inhofe and Thornberry (ranking R on HSAC) were on the verge of agreeing to repeal the AUMF, but Trump and the Pentagon opposed the repeal.

Smith said that the NDAA authorizes funding but the Appropriation Committee actually does the actual spending. (I don’t fully understand this fully.) Smith said that the Dem leadership (Pelosi, etc.) took the issue of border wall funding out of his hands. But Smith pointed out that in some cases committees enact measures outside their jurisdiction; the lines are fuzzy.

Smith said, “I wanted to reason with the Republicans. Forgive me [for trying].”

Questioners asked: why couldn’t the Dems stand firm and refuse to sign off on the NDAA? Smith said, “I absolutely view walking away as a legitimate option.” So why didn’t he?

Someone asked about tactical nukes stationed in Bangor, WA. Smith agreed they make us less safe.

Smith said that he’d rather Russia, China, and the U.S. use diplomacy to avoid war.

On the transgender ban, Smith said that the military services were fully in support of retaining transgender troops. Already they struggle to get qualified personnel. Smith said that 75% of possible soldiers are rejected due to being unable to pass the required physical or due to being on drugs or having other issues. And there is zero evidence that their presence harms readiness. (Similar arguments were used to oppose blacks, women, and gays.) Trump decided to ban transgender troops via a tweet, and the rest is history.

Smith said that while Ivanka Trump did support a version of paid parental leave, her version required recipients to get less money in other areas. Smith said he had to “blackmail” the Rs to get them to agree to paid parental leave. (So why couldn’t he do the same for anti-war amendments? Perhaps because too many Ds support war spending, due to bases, etc.)

Someone asked if the $22 billion in increased defense spending will make us safer. Smith said no, especially with Trump in office. (This reminds me: Agreeing to fund Trump’s military adventures is like handing a loaded gun to a crazy person.) Smith said that slashing the Pentagon budget wouldn’t make us safer either. There are real threats from terrorists.

Someone pointed out that hundreds of thousands of people died due to US wars in the Middle East, about $6 trillion was spent, and millions of people were displaced from their homes.

A questioner asked about U.S. monetary support for Philippines President Duterte, who has, allegedly, killed 30,000 people.

Smith said Trump is actively protecting the Saudis and is friendly to autocrats like Duterte.

Someone asked about the failed audit of the Pentagon. Smith said they’re making progress but aren’t there yet.

A retired Navy nurse asked about U.S. destruction of coral reefs near Okinawa and the opposition of the residents to the presence of American troops.

Someone challenged Smith about the funding he gets from military contractors.He insisted that the funding doesn’t sway his votes and that he has often voted against them.  Corporations can’t donate directly, but PACs can, and there are limits.

Several of the questioners were Democratic Socialists of America.

Smith said some minor provisions in the NDAA were put there to help swing district Dems (e.g., buying flatware domestically, and a MilCon project for Rep. Joe Cunningham.)

Someone asked why paid parental leave and the widow’s tax issue needed to be attached to the horrible NDAA. 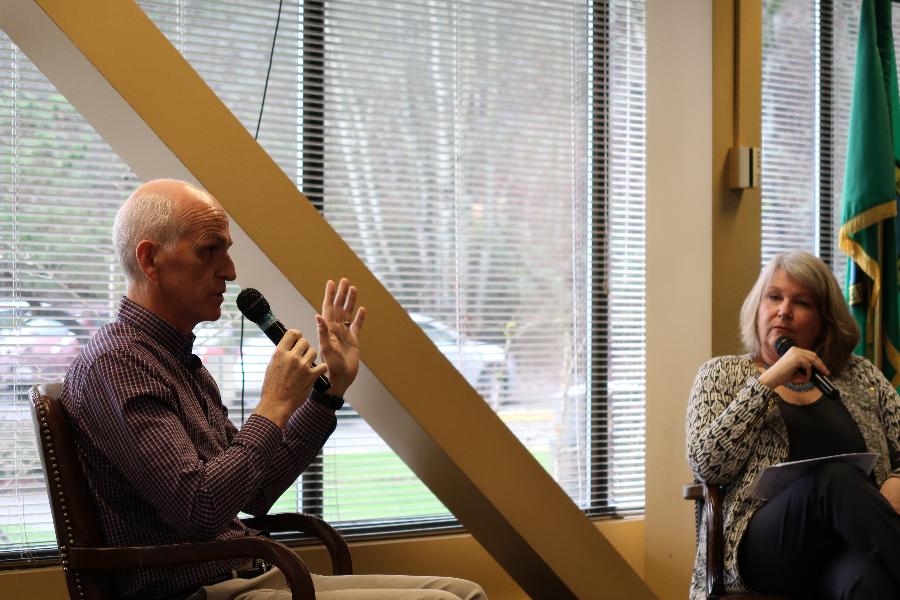 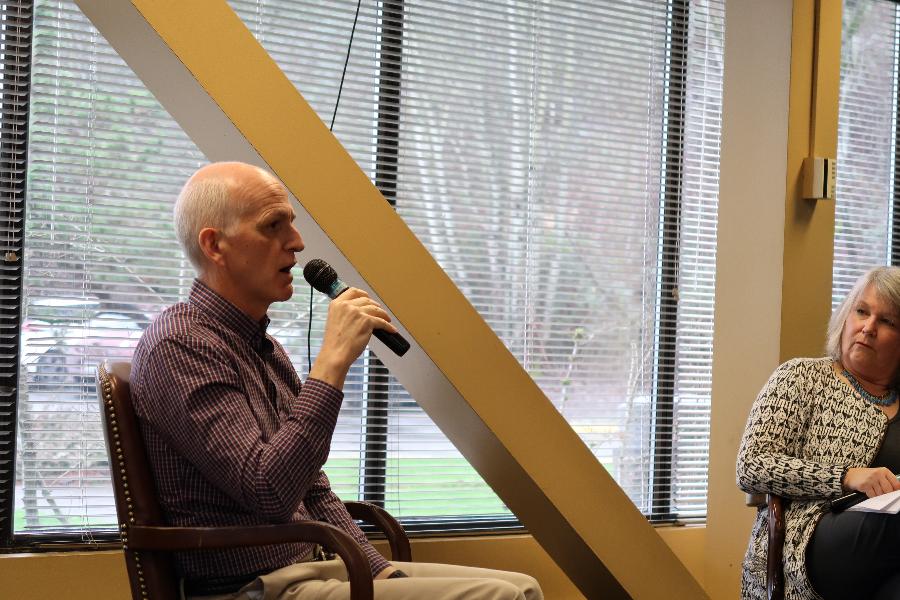 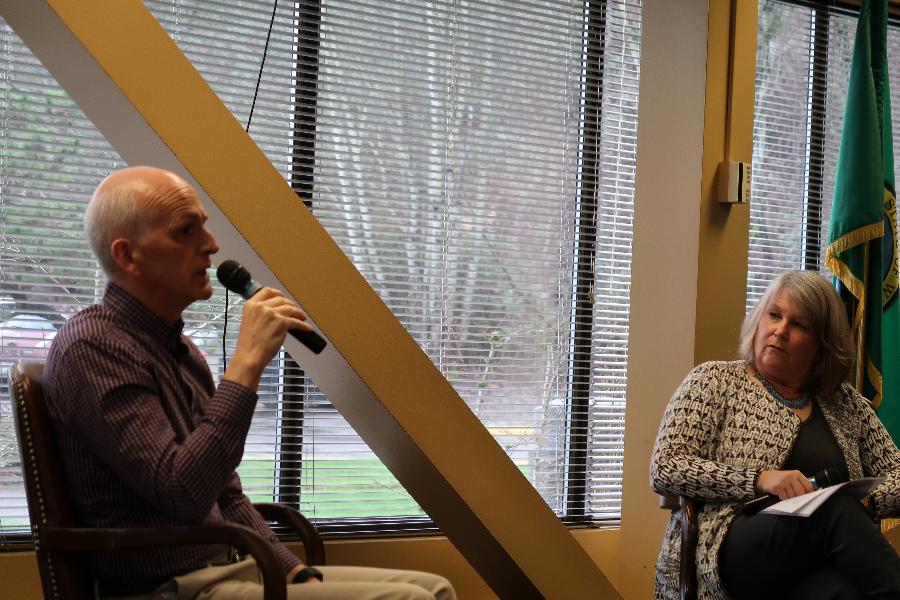 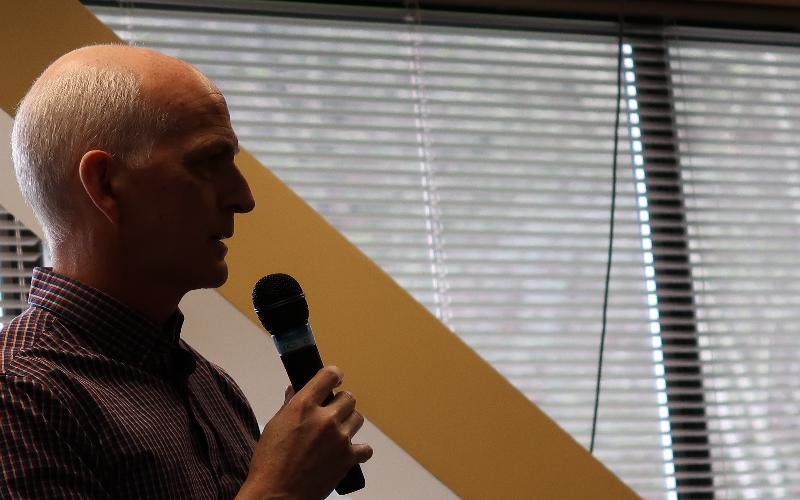 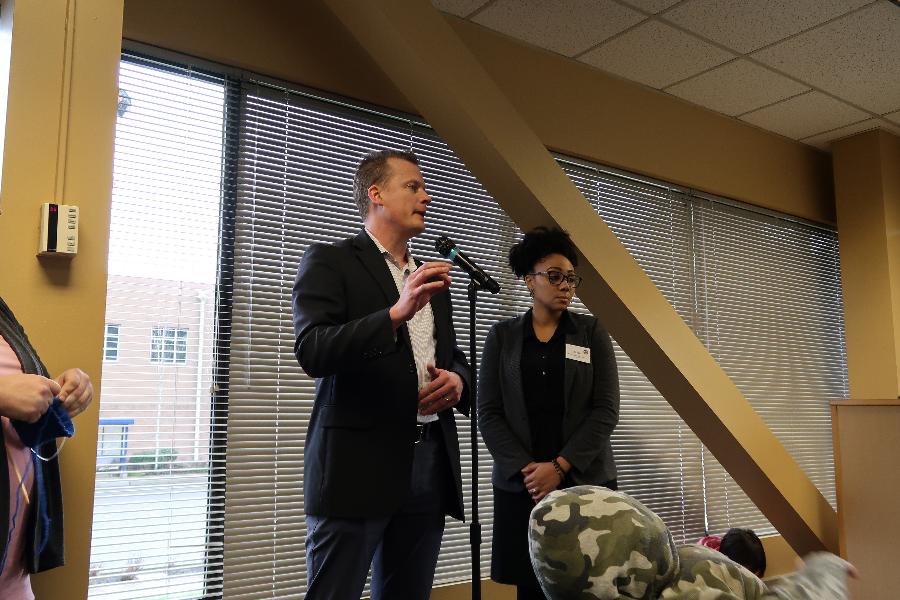 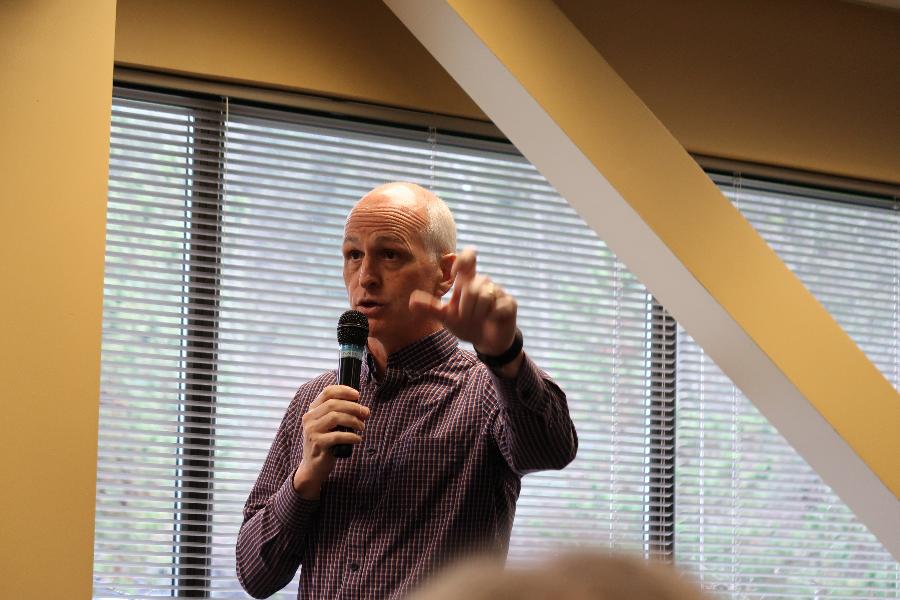 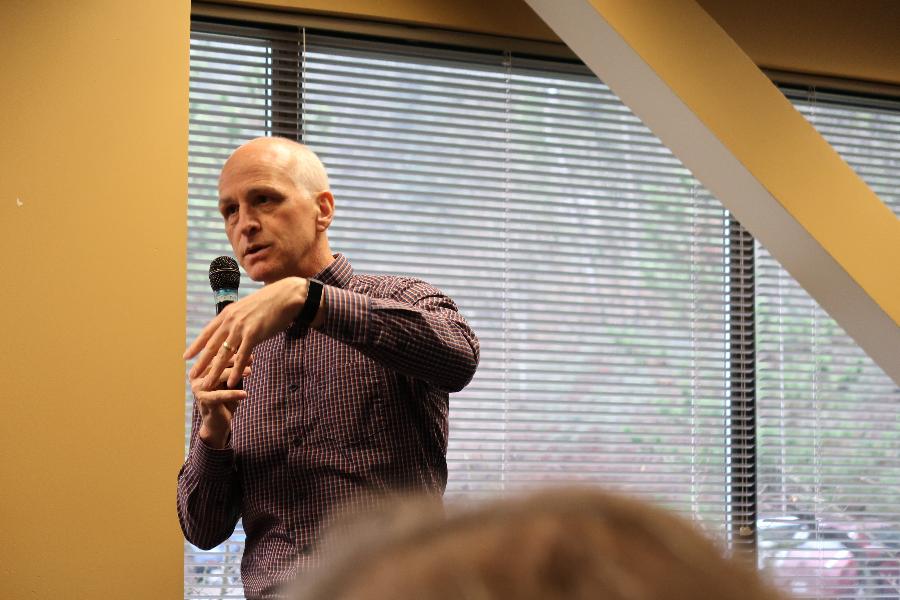 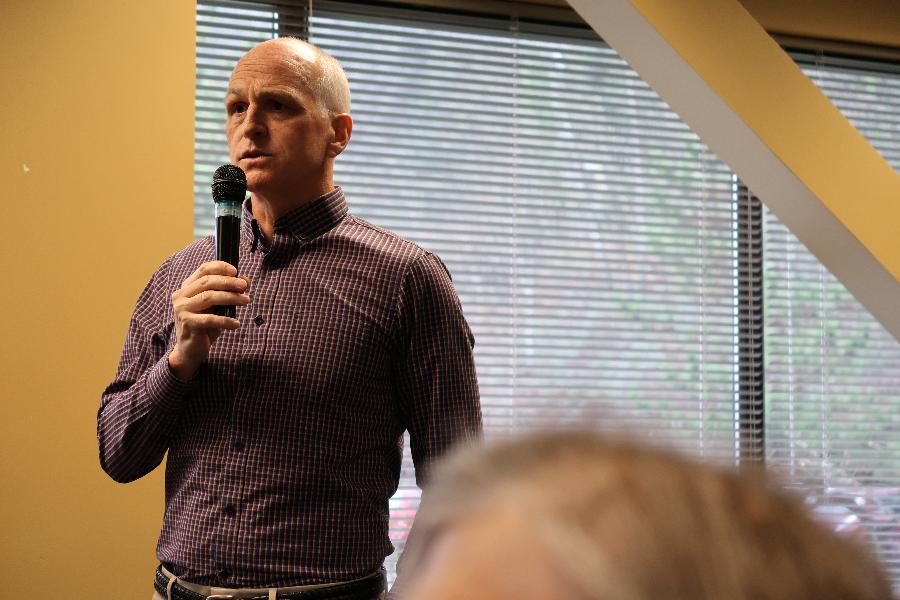 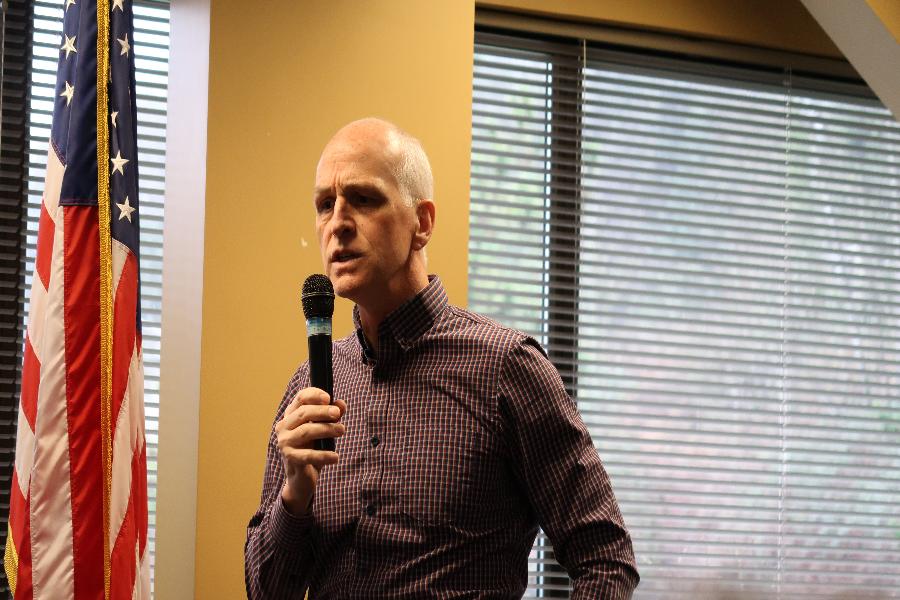 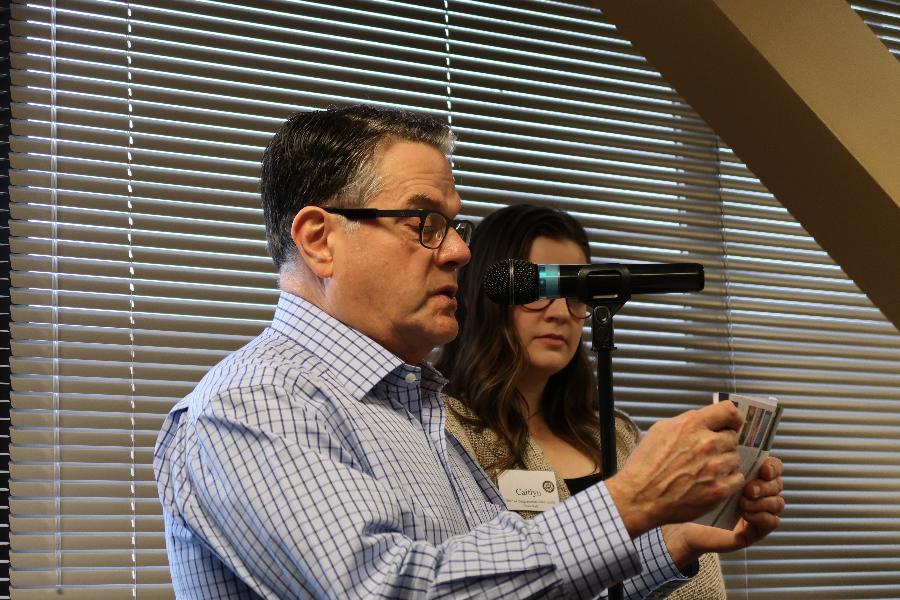 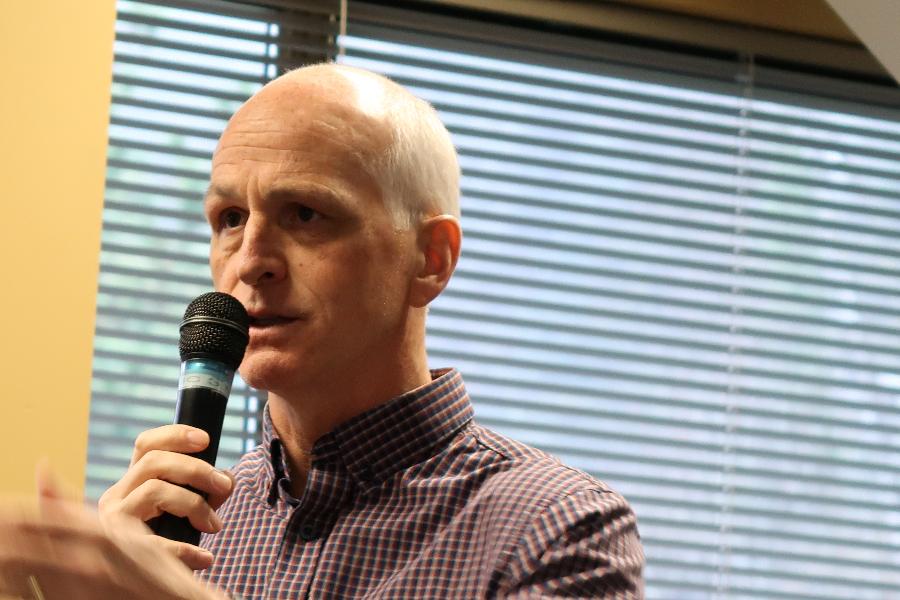 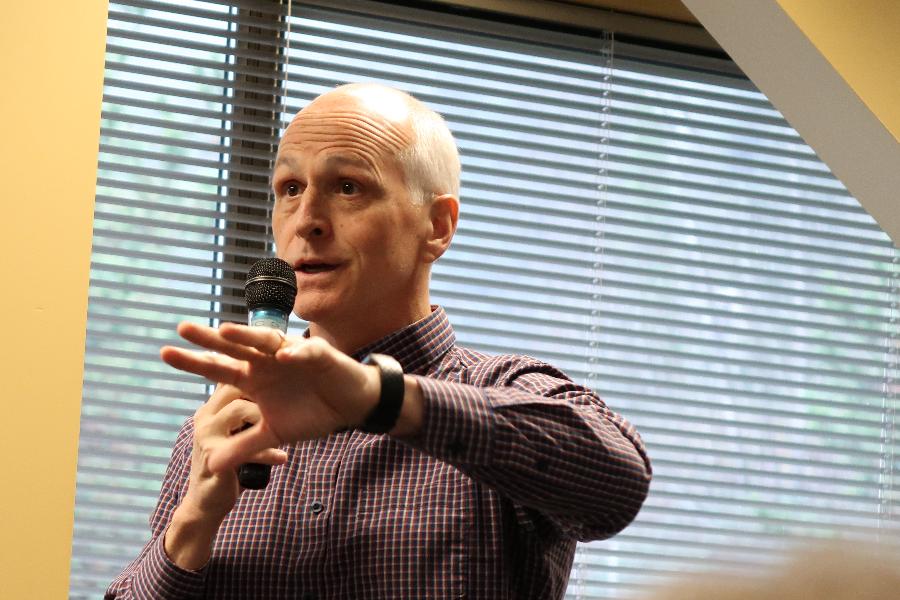 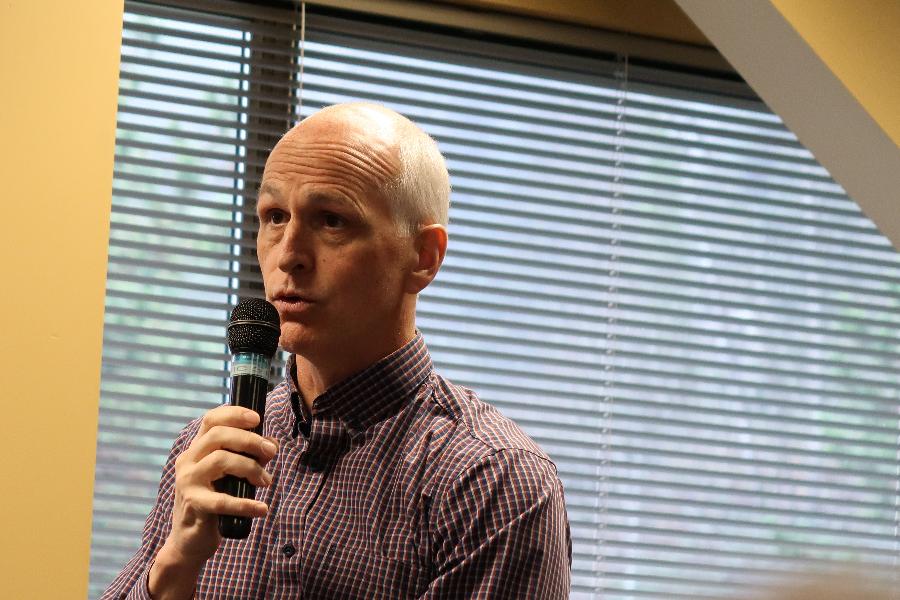 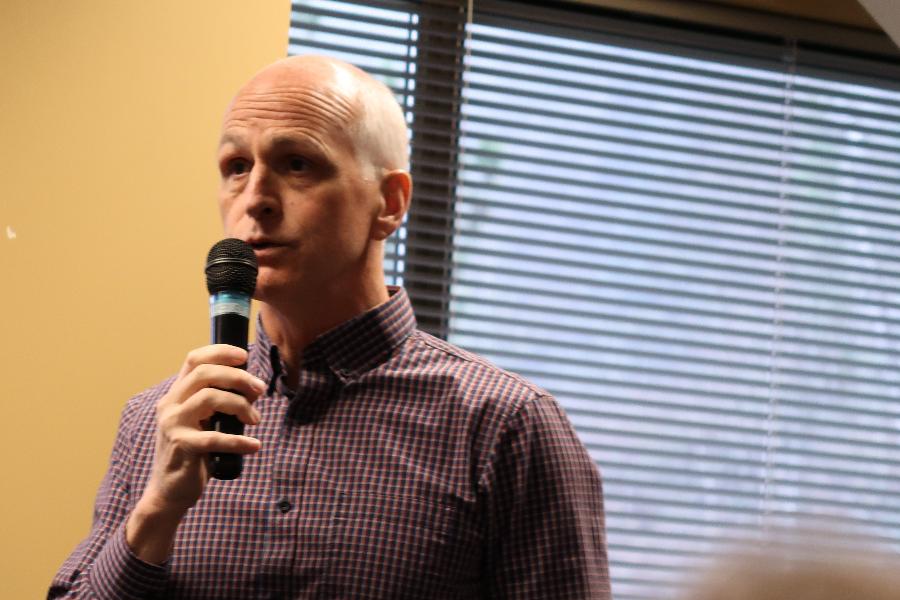 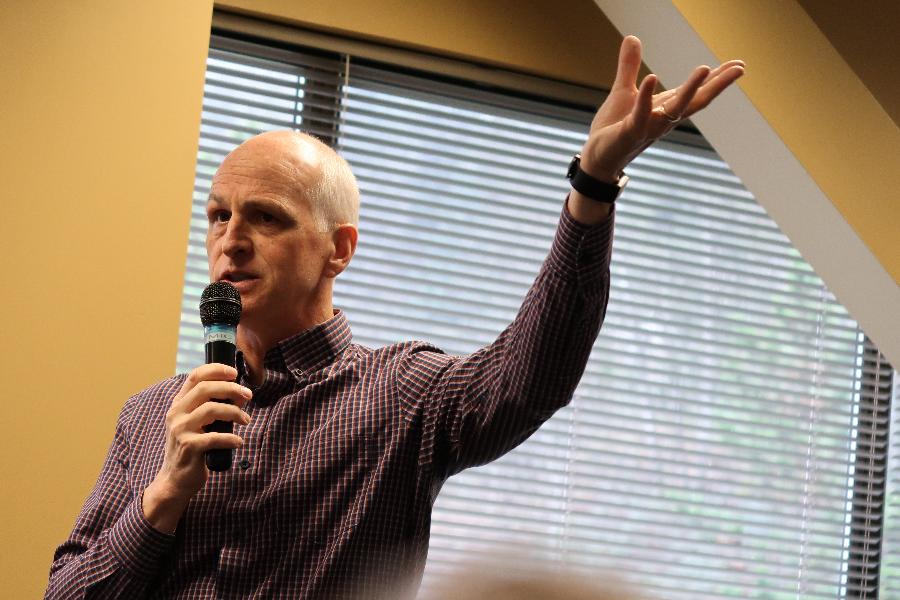 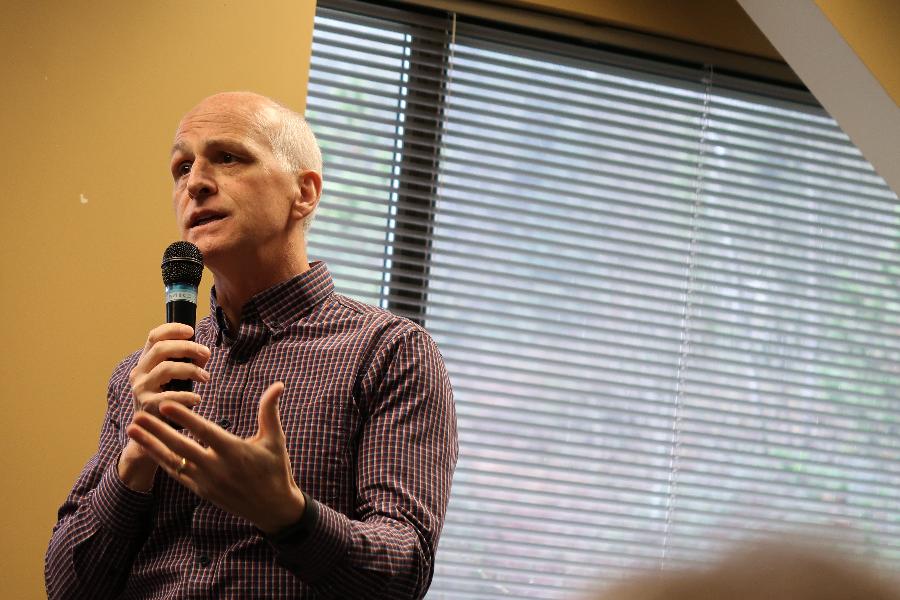 Four recent articles have similar, frightening messages about the risk of nuclear escalation in Ukraine.  My member of Congress, Rep. Adam Smith (no relation), is playing a large role in sustaining that risk. The first article, Putin flirts again with grim prospect of nuclear war – this time he might mean it, by Pjotr Sauer […]