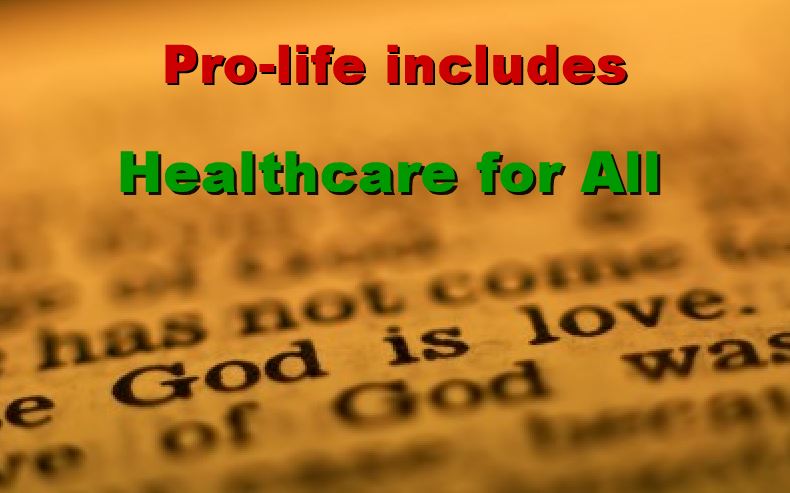 I’m pro-life: in favor of Medicare for all, a healthy environment, and gun control

I’m pro-life for adults and for later-term fetuses, but I’m pro-choice for early-term fetuses.  However, it seems that many conservative Americans are pro-life only for fetuses but not so much for children and adults. Real pro-life includes everyone, not just fetuses. So, I’m in favor of government-guaranteed medical care for everyone.  And I’m in favor […]

http://readersupportednews.org/opinion2/277-75/7496-focus-texas-republicans-should-read-the-bible Texas Gov. Rick Perry recently said America should be guided by “the Christian values that this country was based upon.” Even though Article 11 of the John Adams-endorsed Treaty of Tripoli states “the Government of the United States of America, is not in any sense, founded on the Christian religion,” I’m sure it warmed […]