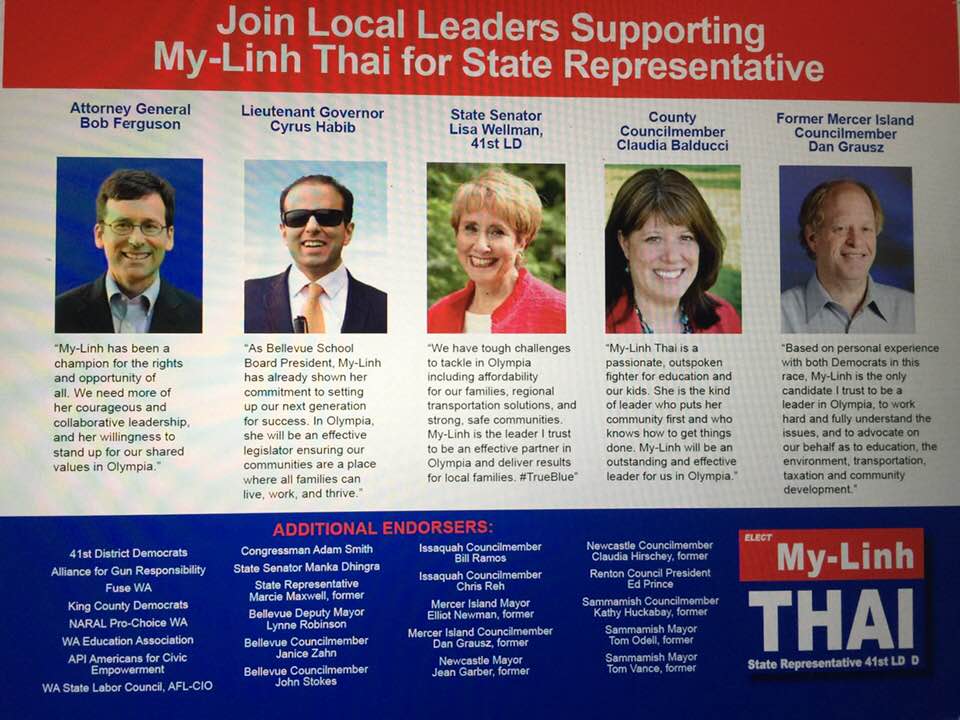 Her “Democratic” opponent is funded by many of the same corporate interests that backed Republicans in recent elections.  Hence the numerous fliers they’ve been sending out.

Washington Conservation Voters has given an endorsement to Republican Steve Litzow of the 41st LD. But WCV’s own data shows that Litzow’s 2014 legislative environmental score is below 50 (42 out of 100).  See WCV’s scorecard and the tables at the end of this article.  Litzow’s Lifetime Score is a bit better, 61 out of […]