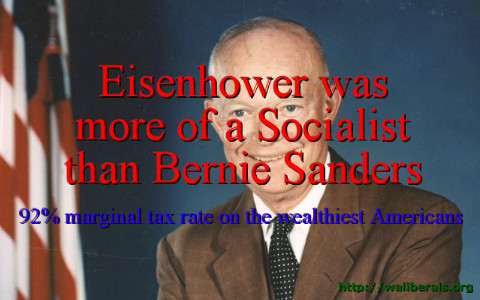 See the text of Bernie Sander’s speech about Democratic Socialism, wherein he writes:

I don’t believe government should own the means of production, but I do believe that the middle class and the working families who produce the wealth of America deserve a fair deal.

I believe in private companies that thrive and invest and grow in America instead of shipping jobs and profits overseas.

I believe that most Americans can pay lower taxes — if hedge fund managers who make billions manipulating the marketplace finally pay the taxes they should.

In fact, Sanders is a social democrat, not a democratic socialist.

On a right-wing email list I monitor I saw a message claiming that the Freedom Socialists in Seattle we’re offering $13/hour for a web developer position while, at the same time, demanding $20 for a minimum wage. I found the source of the email: this article: Minimum wage group offers pay that undercuts the wage […]