I have noticed that the foolish and/or dishonest folks who remain interested or reimbursed to disseminate misleading information about anthropogenic global warming are repeating the story about the fall in US CO2 emissions. That misleading presentation is being framed as evidence that the burning of fossil fuels and emission of C02 is not a real problem, that global warming is not happening and caused by the activities of human beings.

Here’s a piece from the Guardian: 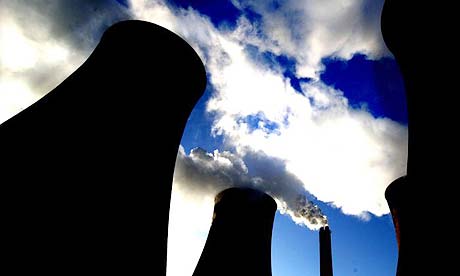 The concentration of carbon dioxide in the atmosphere has reached a record high, according to the latest figures, renewing fears that climate change could begin to slide out of control.

Scientists at the Mauna Loa observatory in Hawaii say that CO2 levels in the atmosphere now stand at 387 parts per million (ppm), up almost 40% since the industrial revolution and the highest for at least the last 650,000 years.

Read the real numbers. Don’t be fooled by the folks who are engaged in dishonest presentation of limited data. Shame on those of you who do this with knowledge that the data is meaningless and misleading. For those of you who are confused by the data, learn to evaluate when data is being skewed or limited to produce a misleading result and recognize that folks who knowingly provide misleading data are not to be trusted.

Health Care Is Not Just About Insurance

We have to take the profit motive out of providing health care. Insurance companies are corporations required by law to produce maximum return on investment for their shareholders. This leads to excluding people with pre-existing conditions, failure to provide health care for low-income children and their families, and lifetime caps on coverage that cut off […]

Pull Up Some Dust and Sit down

Posted on May 31, 2011 Author Carol Davidek-Waller

Every social movement has its music.  From the union movement  in the early part of the 20th Century to the 60’s revolution to Africa’s apartheid;  everywhere voices were raised together against the forces of injustice and misrule.  There are important reasons why music belongs in every revolution. Music  penetrates to deeper levels of consciousness than mere language. The discipline forces simplicity upon  the […]

I have a brain and a heart, and I'm not afraid to use them