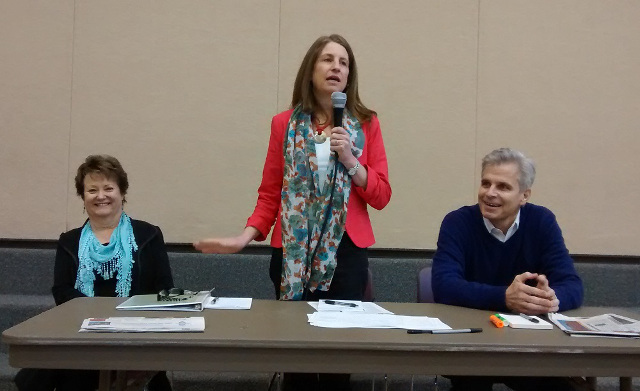 Citing the will of the people, Litzow justified his vote to support Senate Joint Resolution 8211, which would amend the constitution to require a two-thirds super-majority of legislators to raise taxes. The vote was along party lines. The resolution failed to get the 2/3rds needed in the Senate to pass.

Litzow said that Eastside residents supported Eyman’s super-majority initiative I-1366. But according to the Secretary of State’s data, over 61% of King County residents voted No on I-1366. Furthermore [added 2016/02/22], Andrew Villeneuve of the Northwest Progressive Institute informed me that on the Eastside I-1366 was rejected (click the first tab of the spreadsheet).

Steve Litzow conveniently failed to mention that I-1366 FAILED in the 41st Legislative District. It also failed in the 45th and the 48th. The only Eastside LD it passed in was the 5th. The numbers:

Litzow disagreed with arguments  — repeated in a comment by former Representative Marcie Maxwell — that a 2/3 super-majority threshold would make it almost impossible to pass any revenue increases. Litzow cited the overwhelming bipartisan support last year for the transportation package, which raised the (regressive) gas tax.

In response to a question, Litzow justified his vote to fire State DOT director Lynn Peterson, citing failed projects and cost overruns.  When Clibborn responded, she was openly angry about the Republicans’ partisan move. The Republican decision to fire Peterson was strange given that only last year Senate Transportation Committee Chairman Curtis King, R-Yakima had told Peterson: “I want to thank you for the job you have done over the past two and half years, and I can’t say thank you enough to the staff that you have behind you.”

Though the state Supreme Court ruled that state funding of charter schools is unconstitutional, Senate Republicans found a loophole and passed SB 6194, of which Litzow is a prime sponsor. SB 6194 passed the Senate on Jan 20. There was a hearing in the House on Friday, Feb. 19.  Marcie Maxwell testified against SB 6194, and she repeated parts of her testimony at the town hall.

Maxwell said that charter schools are largely unaccountable, being un-elected.

She said that there are many highly innovative public schools — e.g., in Renton.   If the state fully funded K-12 basic education there’d be more innovation — “instead of struggling to figure out which custodian to cut.”

In the business community, charter schools are viewed as a big investment opportunity — a way to milk taxpayers for private profit.  See, for example, CNBC’s Invest in Public Charter Schools?.

Maxwell and others argued that we should first fund public schools (McCleary) before supporting private enterprises.

Litzow said that charter schools now cost the state $14 million per year, just  0.1% of the what the state pays for public education. (Litzow incorrectly said “1/1000th percent.”)   The state spent $15.1 billion from the General Fund on K-12 education in 2014.

I heard from others that Litzow and fellow Republicans were refusing to bring House bills to a vote unless the Democrats agreed to fund charter schools. When I asked him about this, he denied it, saying they already passed school funding bills.

After the town hall, I asked Tana Senn whether there’s any chance SB 6194 (including trigger conversion) would pass the House. She said that if it came up for a floor vote, it would likely pass.  I presume all Republicans would support it, and a few Democrats would go along. But she thinks it’s unlikely the Democratic leadership will allow SB 6194 to come up for a vote.    She agreed that it’s possible, though, that SB 6194 will pass in a trade for some other measure desired by Democrats.

Please contact your legislator and ask them to oppose SB 6194.

According to the state Supreme Court’s McCleary decision, the state must lessen its reliance on local levies for funding education.  Specifically, local levies can be used for enrichment, but not for “Basic Education.” Local levies are one reason Bellevue schools are so good:  local taxes support local schools and directly affect housing prices.

Changes mandated by the Supreme Court could harm Eastside communities. For example, if the state collects taxes and redistributes them statewide, that would result in a net transfer of money from wealthy areas, such as Bellevue, to poorer areas.  Specifically, King County would be subsidizing Eastern Washington — where Republican legislators hold a majority of seats.

The situation is ironic. Republican voters (who are the beneficiaries of high taxes) oppose taxes.   If non-rich Republican voters realize that they’ve been voting against their own self-interest, they might turn into Democrats.

During the discussion of raising taxes, Tana Senn twice assured the assembled crowd that she would fight any tax plan that resulted in a net loss of revenue for Bellevue schools.  Yet in general Senn is a strong Democrat who supports public schools, public transportation, an adequate social safety net and fair taxes.

Eastside legislators are in a bind when it comes to certain Democratic-friendly policies.  There are a lot of wealthy people on the Eastside and a lot of car drivers.  Democrats risk losing elections if they move too far to the left.  I presume this is the same game played nationally: Hillary supporters claim that she’s more electable than Sanders (though polls show Sanders defeating Trump or Cruz more handily than Clinton would).

Likewise, at previous town halls, our 41st LD legislators were unanimous in opposing tolling of I-90, although we live in some of the wealthiest communities. Granted, some elderly people on Mercer Island pay high property taxes, have low income, and are dependent on cars. But, still, people in poorer communities are even less well off on average, and cars are noxious.

Discussing finding additional revenue to fund McCleary (the state Supreme Court decision mandating full funding of education), Clibborn said, so far, the legislature has submitted “a plan for a plan” to fund education. It’s unclear whether the Supreme Court will accept that plan.  Tana Senn said that a capital gains tax could work (and Clibborn says she agrees).  Republicans have opposed new revenue and have claimed that cuts can be made to social services or money can be found via efficiencies.

Someone mentioned that when the legislators were discussing ways to help to help indigent students pay for meals, one Republican suggested that teachers volunteer to buy food for the poor kids.

This is The Big Battle of American politics:  can and should we fund government to provide various services?   As even Litzow mentioned, there are some Republican legislators from the eastern part of the state who will oppose any revenue increase. (Litzow generally votes with his caucus.) Such Republicans are ideologically opposed to all government spending.  The long arc of history is towards government providing education and basic health care, at a minimum.

Concerning Puget Sound Energy’s Energize Eastside, the legislators pointed out that the legislature has little control over the issue: it’s mostly a city and county issue.

When Marcie asked a question about regressive taxes,  I held up a version of the following graph that shows the dramatic decrease in General Fund state revenue as a percentage of state personal income: 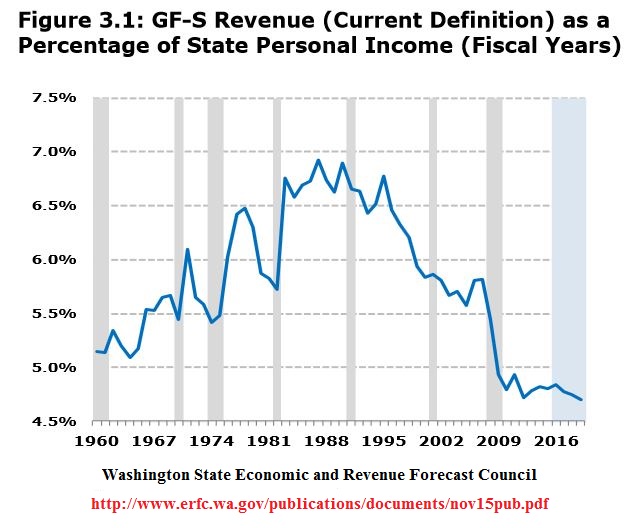 Washington State is said to have the most regressive state tax system among the 50 states.  The poor and the middle class pay over 10% of their income in state taxes; the rich pay under 3%.  Hence Senate Bill 6093, which would extend property taxes to intangible property such as stocks and bonds. That would add some needed fairness and uniformity to our tax code.

Litzow said that Democrats controlled both houses of the legislature and the governorship for many years but didn’t act to fix our regressive taxes. I said that’s because of the centrist “Road Kill Dems” (including Clibborn, by the way). Still, the Republicans political message is all about “Vote for me. I’ll lower your taxes.”  The culprits are conservatives, not just Republicans.

After the town hall Litzow was saying that he agrees that Citizens United was probably a bad decision. He thought both corporations and unions shouldn’t be able to spend money on campaigns. 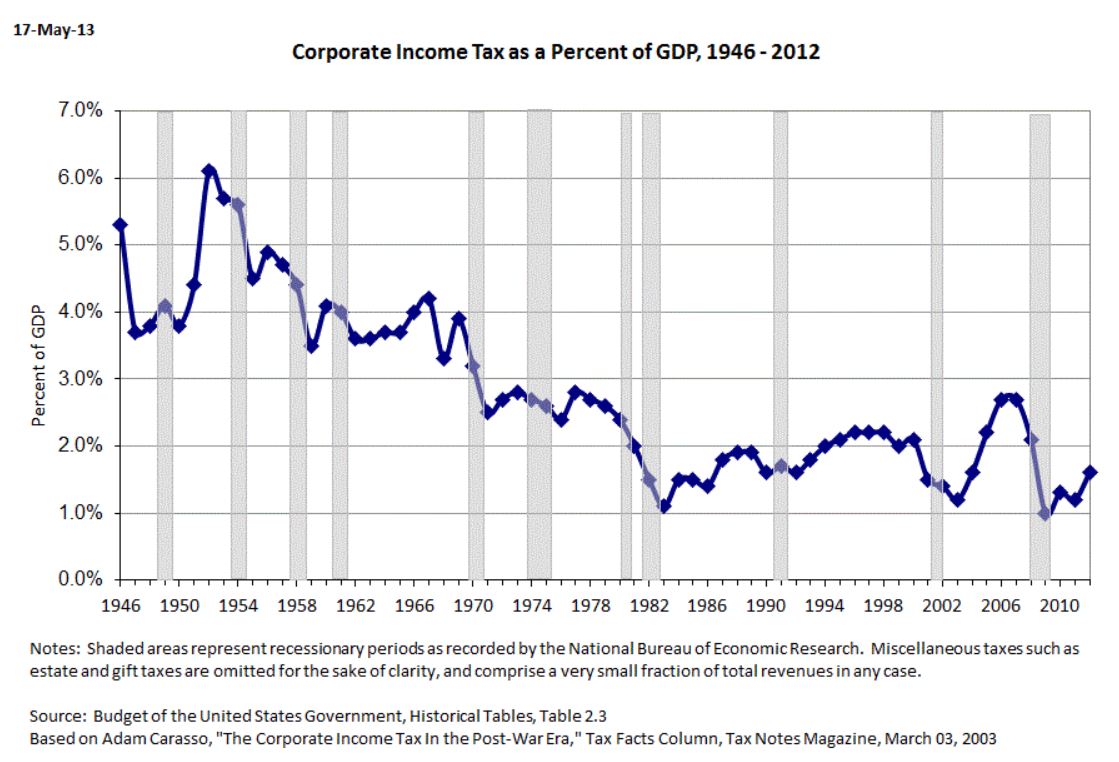 Evidence that conservatives view charter schools as a money-making opportunity: 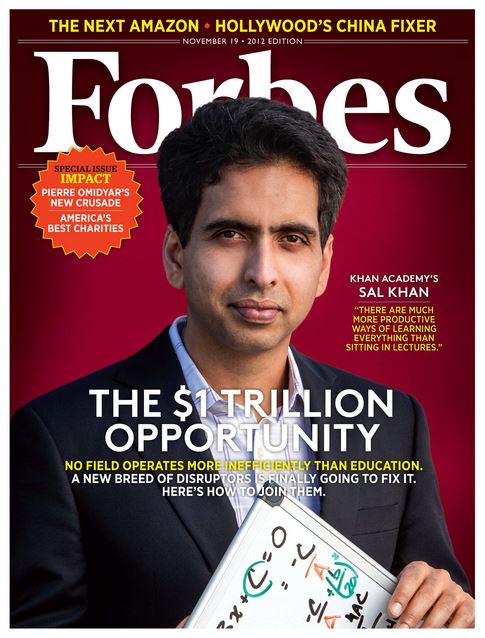 Judy Clibborn mentioned that she had gotten many “vile” emails from constituents angry about gun legislation — presumably from gun rights advocates.  Gun control advocates can be passionate and pleading, but I doubt their emails would be “vile.”

Please email or phone your legislators.  They listen to their constituents!

At the end of the meeting, several Chinese Americans expressed concern about the planned opening of a marijuana store on Factoria Blvd in Bellevue.  The store would be within a couple thousand feet of Newport High School (one of the best schools in the state, and a main draw for Asian families). The Chinese Americans are concerned that their children may be tempted to smoke marijuana.

A hundred or so Chinese Americans meet at a local church on Sundays. A main topic of discussion is their children’s education. The good schools in Bellevue are a main reason for high housing prices.

On the local social network, there was likewise a discussion among local residents concerned about what sort of people a marijuana store would likely attract.

I said that I don’t smoke marijuana and I think it’s not healthy to do so, but I said it’s clearly safer than alcohol.   A Chinese woman said that that’s the argument she had heard from others.

Alcohol causes people to get into fights, beat their wives, ignore their kids, and kill others with high-speed driving. At worst, marijuana makes people lazy, happy, and hungry.

The Chinese woman was sitting next to me during the town hall. When the legislators discussed charter schools, she turned to me and whispered, “What are charter schools?” I said, briefly, that they are private schools.   After the town hall, Marcie Maxwell was explaining to several Chinese Americans about charter schools. They invited her to speak to them about it at their church meeting.

Whether Chinese Americans would support progressive taxation is an open question.  If it resulted in a transfer of money away from Bellevue schools, they may oppose it.

Chinese Americans should be encouraged to participate in party politics.  This is especially true in Bellevue.  According to the city’s webpage on demographics, the percent of Asians in Bellevue increased from 9.9% in 1990 to 17.4% in 2000 and then to 27.5% in 2010. (I bet the percent is over 30 now.)   I’m not sure what proportion of Bellevue Asians are American citizens, but they’re obviously an important constituency that should be nurtured.  They are likely to support public education.

Be scared. Be very scared. [Graphic:  Uncle Sam being drowned in a bathtub, with five hands choking his throat] An alliance in the Republican Party has a stranglehold on the US political system.  The five hands choking Uncle Sam to death belong to Tea Party members and other libertarians, whose uncompromising opposition to taxation is […]

How to Get Your State Democratic Party to Oppose Common Core

Feeding the Homeless is a Crime

I think this guy has it figured out. Comments comments