From The Chris Hedges Report: Soldiers speak out against America’s misguided wars. In their new book, veterans Andrew Bacevich  [president of the Quincy Institute for Responsible Statecraft] and Danny Sjursen describe how the realities of war expose the lies told by generals and politicians about American goodness and virtue. 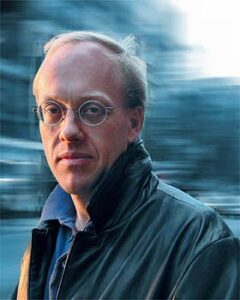 Andrew Bacevich, a retired Army colonel who fought in Vietnam, and Danny Sjursen, a retired Army major who did tours in Iraq and Afghanistan, have just published Paths of Dissent: Soldiers Speak Out Against America’s Misguided Wars. Bacevich and Sjursen, West Point graduates, like many writers in the book, come out of the military culture. They began as true believers, embracing the myths of American goodness and virtue, and the military honor code pounded into them as young cadets at the military academy. The reality of combat, as it has for generations, exposed the lies told by the generals and politicians.

We are not a good and virtuous nation. God does not bless us above other nations. Victory is not assured. War is not noble and uplifting. The clash between the reality of combat and the Disneyfied version of combat consumed by the public, one that propels many young men and women into war, creates not only dissonance and moral injury, but an existential crisis. An existential crisis combat veterans, at least those who are self-reflective, must cope with for the rest of their lives.

Andrew: “Quite frankly, we should be wary of what we read in The New York Times and The Washington Post as well. But, perhaps more so when the news is being created by an institution to serve the needs of the institution.”

I don’t think it [the war in Ukraine] is a good war. I think it was an unnecessary war. But it’s amazing to me how quickly the scandalous departure from Kabul that occurred early in the Biden administration, which touched off a furor of anger within the United States. It’s amazing to me how quickly that anger has diminished and the establishment has moved on. Quite frankly, the media has moved on.

Vincent Emmanuel about his deployment to Iraq:

The deployment turned sour quickly, with several Marines, including some of our commanding officers, killed in the first 72 hours. After that, things went from bad to worse. We shot at non-combatants. We tortured prisoners. We blew up civilian structures. We ran over, mutilated, and took pictures of dead Iraqis.

He writes at the end that he’s about to be redeployed. “I promised myself that if I were forced to deploy for the third time, I would kill as many of my commanding officers as humanly possible.” Fragging was a very real experience in the Vietnam War. I think some people estimate as high as 25% of US officers were killed by their own soldiers, if I have that number right.

Voice your opposition to the wars

Click here to record a message to our lawmakers voicing your opposition to the war-mongering and imperialism. I’ll compile the voice recordings into a group performance. Comments comments

Summary and comments on Bruce Gagnon and Regis Tremblay video

Bruce Gagnon and Regis Tremblay discuss US EU Looming Crash, Billions of US $$ pouring into Ukraine, War between the US and Russia. The interview covers a lot of history and claims. Many of them I’ve read elsewhere. Many of the claims I believe to be true. Some of the claims are plausible but need […]