Cole Bolton, editor-in-chief of the satirical website The Onion announced today that three of the six senior writers have resigned and that the publication is seeking a buyer due to decreasing ad revenue.

Former senior writer Anthony Wilcox said, in an exclusive interview, “The root cause is that the political situation in America has become so extreme that truth has become stranger than fiction. The major Republican candidates are like parodies of themselves. We can’t compete with that craziness.”

In October of this year, CEO Mike McAvoy had announced a restructuring of the organization, including layoffs. The resignation of three of the six senior writers throws into question the ability of the publication to continue publishing.

Founding editor Scott Dikkers explained another factor in the publication’s decline. “Our website gets millions of hits each week. But people aren’t willing to pay for content. Many of the users block ads. And those that don’t block ads don’t click on them or buy products. Basically, people are getting a laugh at our expense. At least, we made people happy for a while.”

Dikkers said that The Onion, which originated in 1988 and which ceased publishing its print edition in 2013, is entering into talks with Fox Entertainment Group, owner of Fox News.

It is ironic that Fox Entertainment Group may end up as owners of The Onion.  The Onion had come under criticism from conservatives for its alleged liberal bias. Conservative political pundit website Breitbart has condemned the publication’s political leanings.  Breitbart columnist Christian Toto attributes the publication’s approach to Barack Obama as a part of “…the left’s inability to mock one of their own.”

But only one is breathing new life into a far-left movement mostly vanished since FDR dropped dead. It isn’t The Socialist Worker. It’s not The Militant, either. And it isn’t Monthly Review, Political Affairs, World Socialist Website, or Worker’s Vanguard. Rather, the vanguard of revolution—the paper most dedicated to the overthrowing capitalism in the United States today—is none other than The Onion.

Fox Entertainment had no comment about the acquisition of The Onion.

Donations to The Onion can be made here. 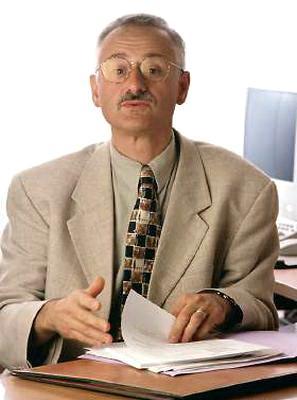 Marvin Rosete reported on facebook about the King County Democrats’ caucus held at Hazen High School Sunday, May 1: I am glad Senator Patty Murray left the building safely, until an idiot decided to attempt to bum rush the Senator’s group as she was leaving. The man in question said he was attacked by Hillary […]

The Power of Clicktivists! Really? Is there any power there?

Signed a petition this morning online through PDA to ask the super committee to save a trillion dollars by fixing Medicare Part D. The change requested would allow the Feds to negotiate drug prices with Big Pharma instead of the current model. I haven’t studied this hard, but you don’t have to study much to […]