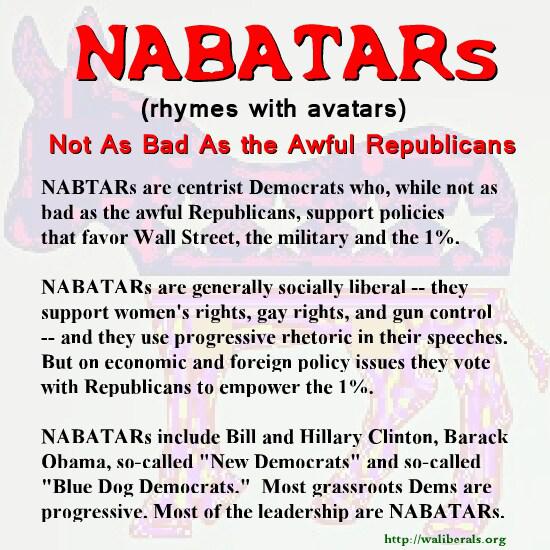 Is the Democratic Party dead as a progressive force?

All indications are that the Super Committee will slash Social Security and Medicare, while allowing the 1% to retain their unconscionable tax breaks and allowing the military budget to get off relatively unscathed. (My Inbox is filled with warnings to this effect, from advocacy groups.) The Obama Administration, staffed with Wall Street executives and Bush-era […]

Remember this list of all the Democratic Races in Eastern WA I posted on facebook a number of days ago? With the results in ….. the most obvious common denominator among ALL these races is that the Democratic candidates with NO ELECTED OFFICE EXPERIENCE ….. LOST by wide margins …. while those with experience …. […]