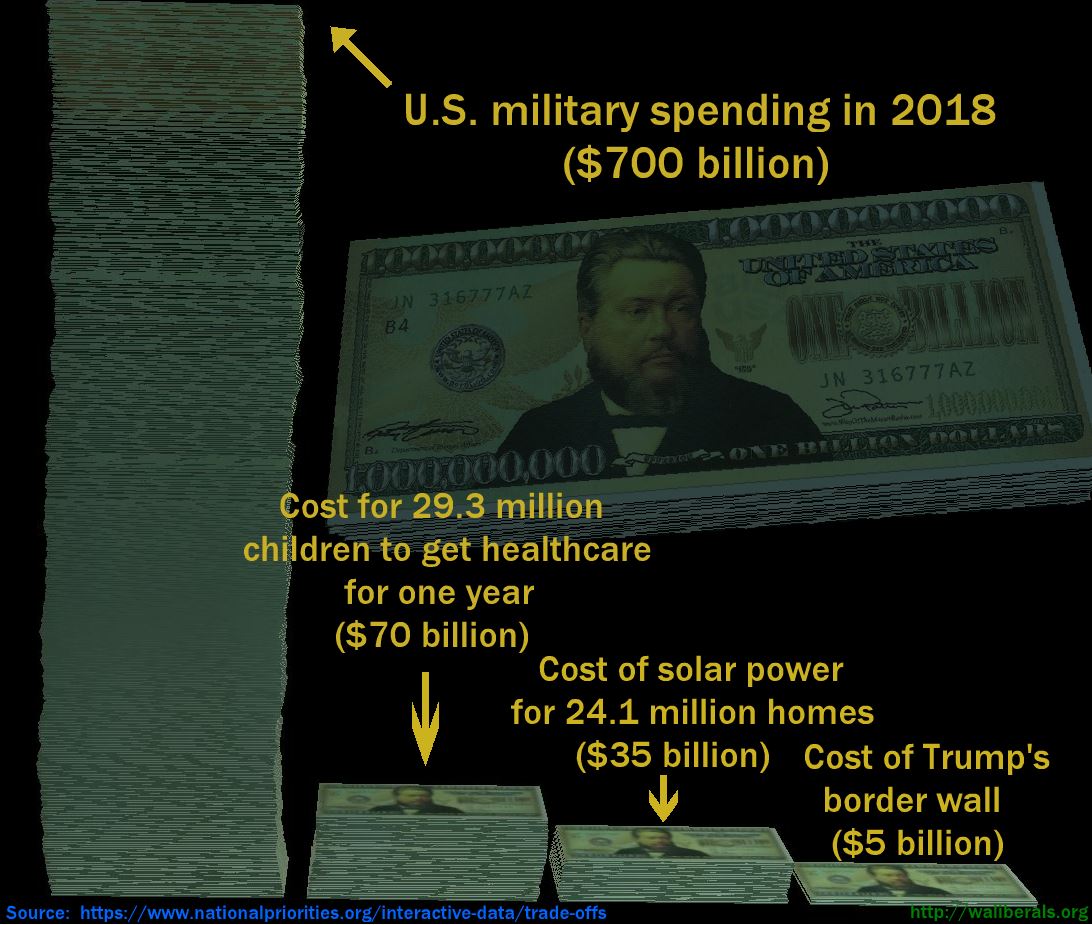 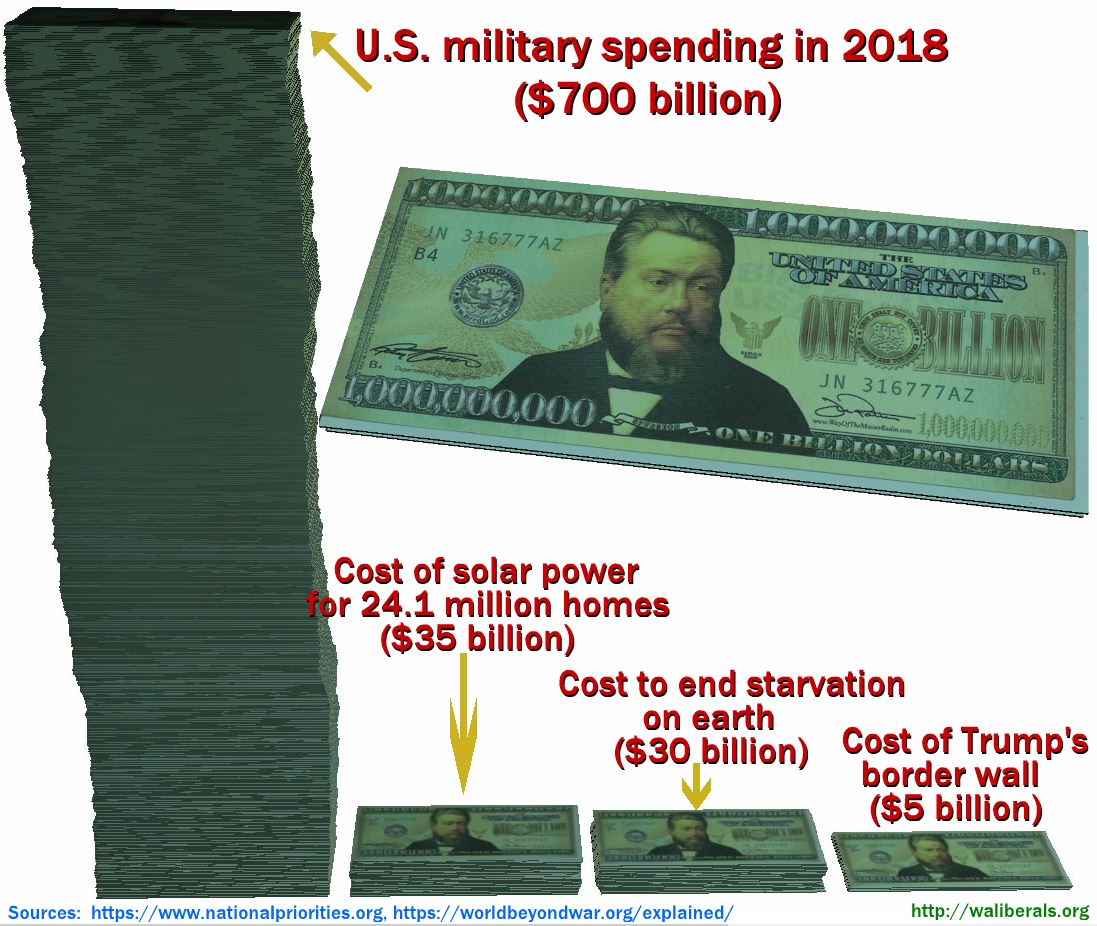 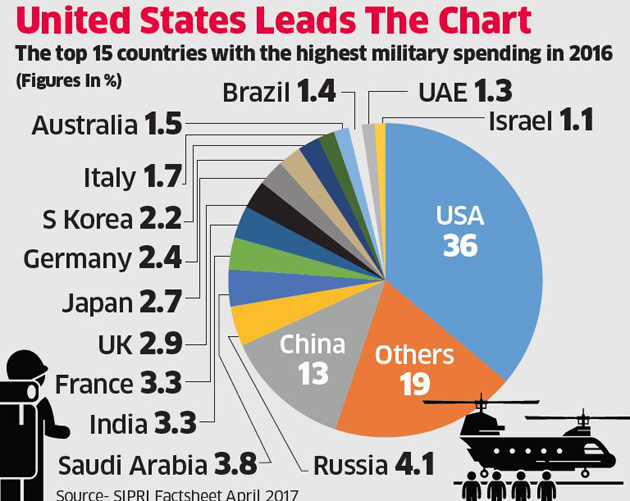 Robert Poteat on War and Debt

Robert Poteat spoke at the 2014 VFP NW Regional Conference in Tacoma on War and Debt. The history of ballooning national debt caused by every war since 1812, and needed monetary reform. Says, Eisenhower should have called this the Financial Military Industrial Complex (FMIC) not just the MIC or MICC! Recommends Steven Zarlenga book and […]

The Pentagon Budget ($700 billion) is about nine times the cost of college tuition for all students ($79 billion)” (source). Comments comments