The GOP Plan Is the Biggest Tax Increase in American History, By Far

The big deficits in GOP tax plan aren’t a glitch — they’re the whole point. “Slashing taxes is going to cause big budget deficits. But the reason Republicans don’t really care is because they can use the resulting fiscal crisis to go after Medicare, Medicaid and Social Security.”

To pay for tax cuts for billionaires, the US Senate just repealed the credit for elderly and the permanently disabled. 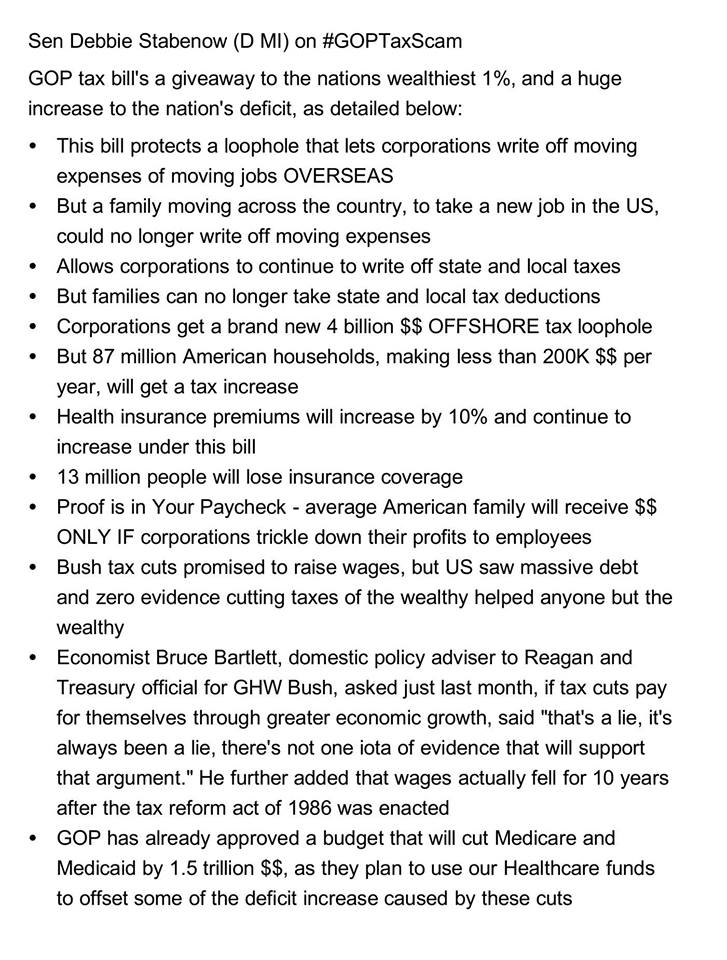 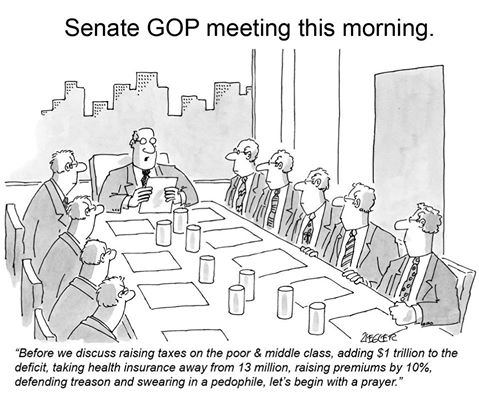 The could have added: “destroying the environment, deregulating Wall Street, making it harder for minorities to vote, damaging the neutrality of the Internet, concentrating media ownership in Trump-friendly corporations, reversing the New Deal, squashing unions, supporting neo-Nazis,” etc.

Republicans made sure that the economy would remain in the doldrums in order to prevent Obama from winning a second term. They opposed virtually every Obama proposal. “The most corrupt, evil, and petty sort of politics this town has seen since Newt Gingrich shut down the government and threw millions out of work because Bill […]

(Note: Martha Koester contributed much of the content of this posting.) Lots of progressives want single-payer healthcare: Medicare for All. But if the Democrats don’t shape up and if Republicans get their way, we may soon have Medicare for None. March 2011: House Republicans vote to replace Medicare with coupons that give you a discount on […]

“Many of the documents publicize for the first time what was first made clear in the 9/11 Commission: The White House received a truly remarkable amount of warnings that al-Qaida was trying to attack the United States. From June to September 2001, a full seven CIA Senior Intelligence Briefs detailed that attacks were imminent, an […]