How impeachment needs to be handled in today’s political climate

Facts barely matter anymore. What matters is whether you manufacture good reality TV, and the GOP and FOX are doing a superb job of creating a false narrative. It’s exactly what I knew would happen if the Dems proceeded the way they did.

I actually tried watching/scanning FOX News for their coverage. It appeared to be white-washed of all damning testimony like Fiona Hill and awash with Nunes and Jordan testimony propagated as fact by the FOX pundits. We’re in big trouble (as I knew we would) because the way we are doing this impeachment inquiry plays into the GOP and FOX program perfectly; nothing will change as far as support by party, it only further draws the line.

Impeachment should have been designed as a reality TV show (and it still could…) It needs to be a designed TV event, devoid of GOP interruption, two hours of uninterrupted articles of impeachment being submitted to the House. Trump has committed hundreds of impeachable offenses – hit him with all, wrapped in a shocking prime-time spectacle and broadcast live by all 4 networks, foreign networks, cable networks…so EVERYONE has to watch. (The whole world is watching!) 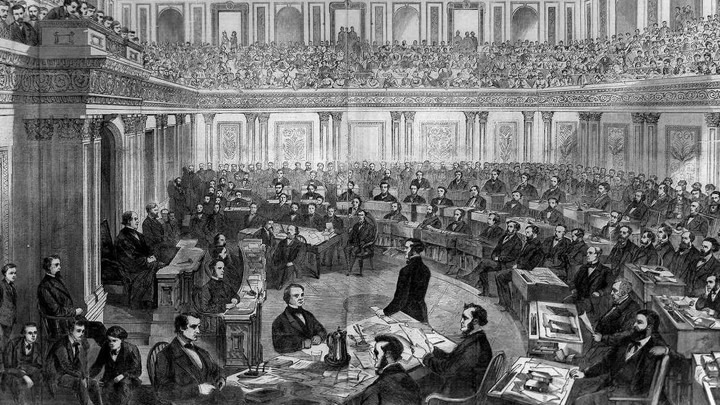 Many of Trump’s impeachable acts are simply tweets; actions unfit for a sitting President, and they don’t even require any testimony or investigation. Imagine that as each of these hundreds of articles of impeachment are read into the record, a Page solemnly carries the paperwork (evidence) into the room and places it in front of Pelosi as a guest reader (known anti-Trump celebrities like DeNiro would gladly take part) read out loud: “Article 43 – President Trump Tweeted ‘____’ – this is behavior unbecoming of a sitting President.” and so on and so forth for two hours. It will shock the world and set up the world’s media to join in non-stop front-page coverage of the proceedings.

Then the hearings begin. The Dems, with control of the House, need to change the rules (which they can do with their majority) to prevent the GOP from hijacking the hearings by propagating their false narrative through testimony (as they are doing now.) Make rules that prohibit testimony and force them to actually ask questions of any witnesses. Meanwhile, all witnesses that failed to show after being subpoenaed shall be found in contempt and arrest warrants issued, all court proceedings shall request expedited rulings.

The hearings will just keep going and going as we approach the 2020 election. There is no need to finish and take that vote so it can be moved to the Senate for trial. The Senate GOP will soon realize this is the game plan, that they’ve been shut down, that they’re no longer in control…and their support will dwindle and they will be threatened as a whole. The GOP will be broken and they will finally, in desperation, force Trump to resign or agree to convict him in a Senate trial.

It would behoove Trump to step down so he can be pardoned by Pence, and then he’ll get hit with multiple state felony charges from SDNY. Whoever is chosen as the Dem candidate will win the election and we’ll take the Senate and we’ll start to rebuild our country that was almost destroyed.

That’s how you impeach a President!

Defeat Trump but recognize the problems with Tim Kaine

First, it needs to be said that we cannot let Trump win. That being said, as an elected PLEO Delegate to the Democratic National Convention, I owe a report back to the people even as I continue to process the events of the past couple weeks, so I’m offering this partial post-DNC analysis/reflection/report back as […]