I wrote a program to visualize 2020 presidential elections results in 3d.  Few of the findings are new, but it is educational to see the visualizations first hand.

There were 480 counties in which at least 80% of voters voted for Trump (restricted to counties with at least 1000 total votes). In contrast, there were only 29 counties in which at least 80% of voters vote for Biden.  This suggests that Republicans are more partisan, but it’s skewed by the fact that Trump voters tend to live in rural counties, which would have lower population and be more homogeneous. 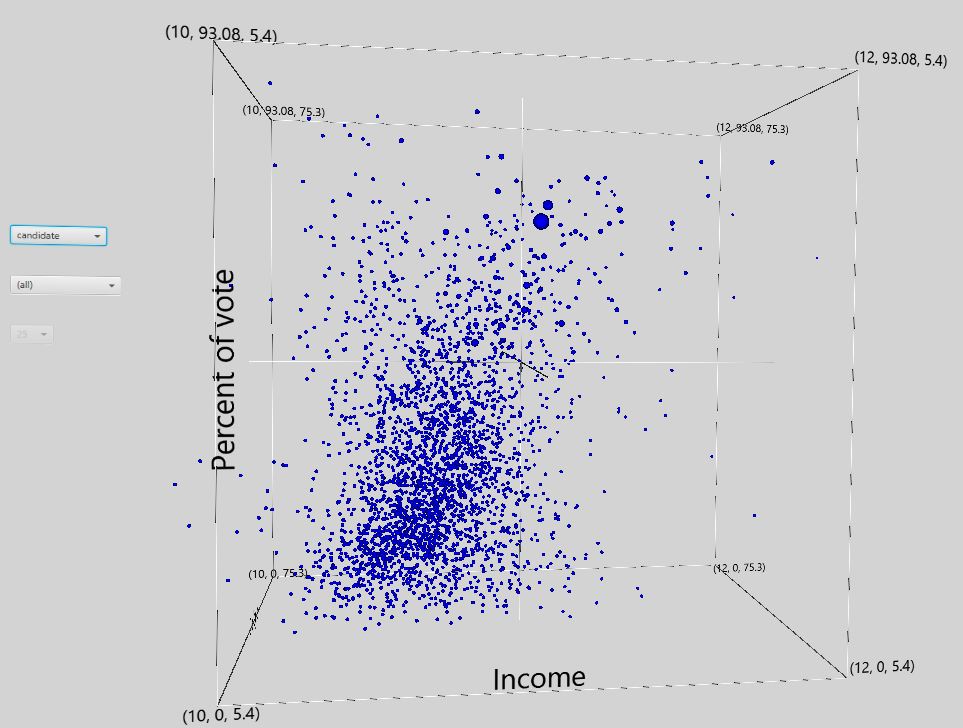 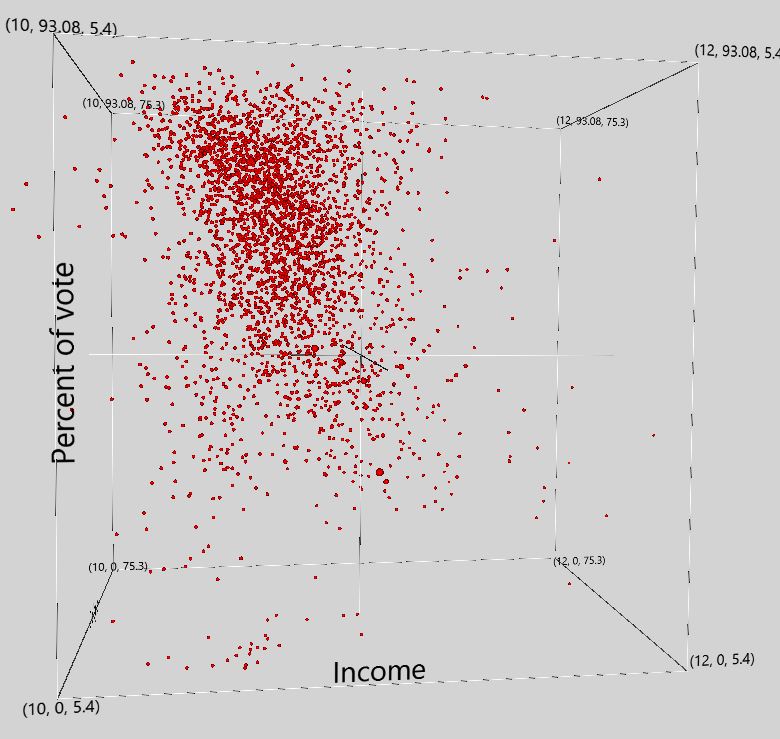 The next scatter chart shows that counties with higher education tend to vote for Biden. 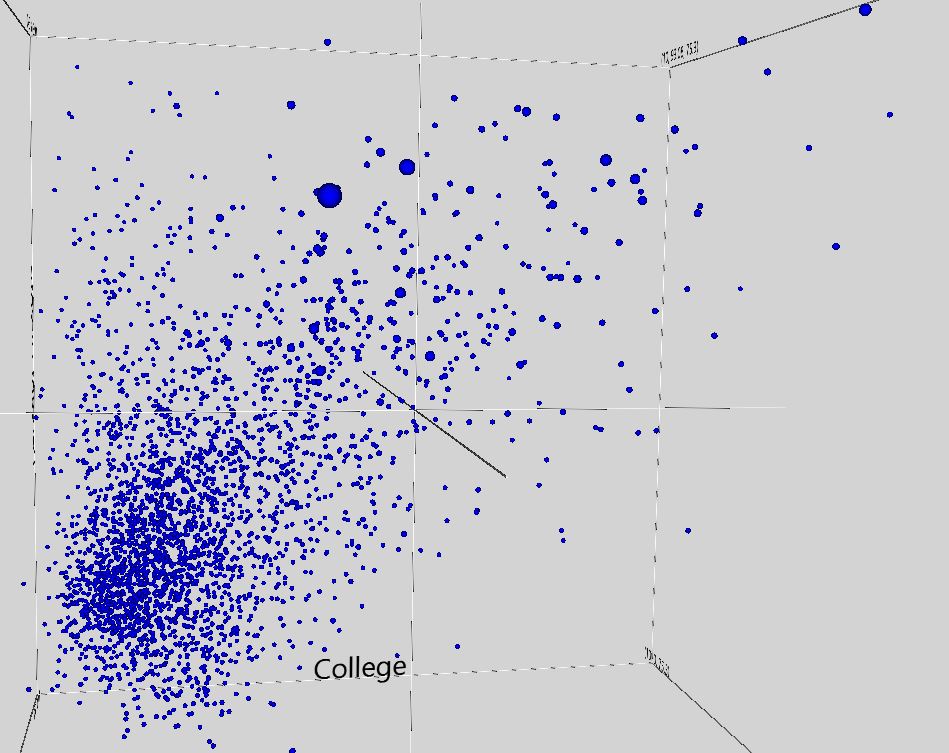 And counties with less education tend to vote for Trump. The correlation is strong.

The following scatter chart shows clearly that counties with a high percent of black residents tend to vote for Biden. 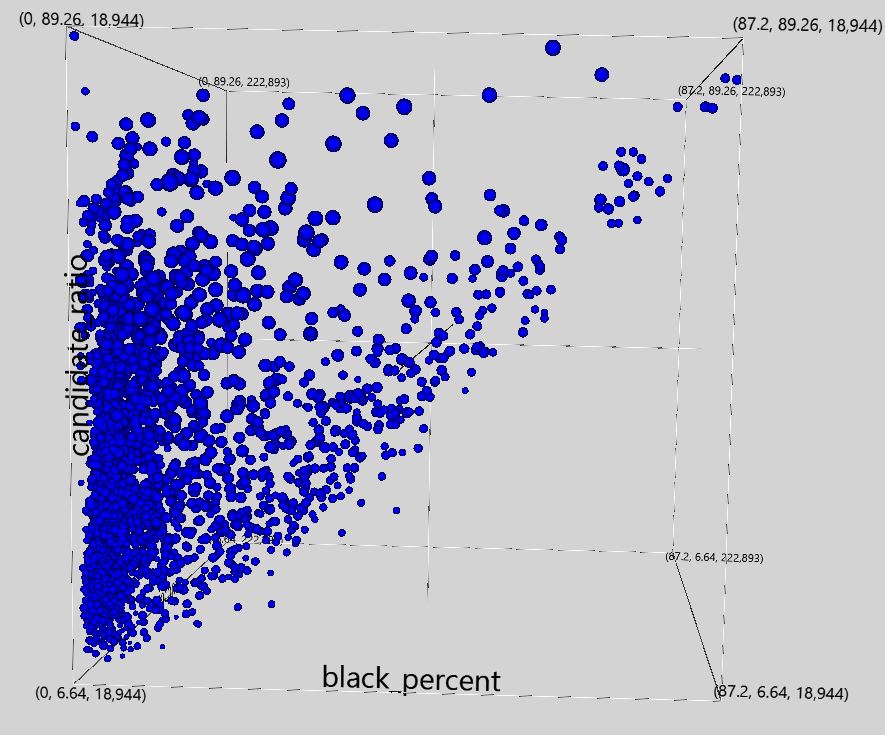 The following scatter chart shows clearly that counties with a high percent of black residents tend not to vote for Trump. 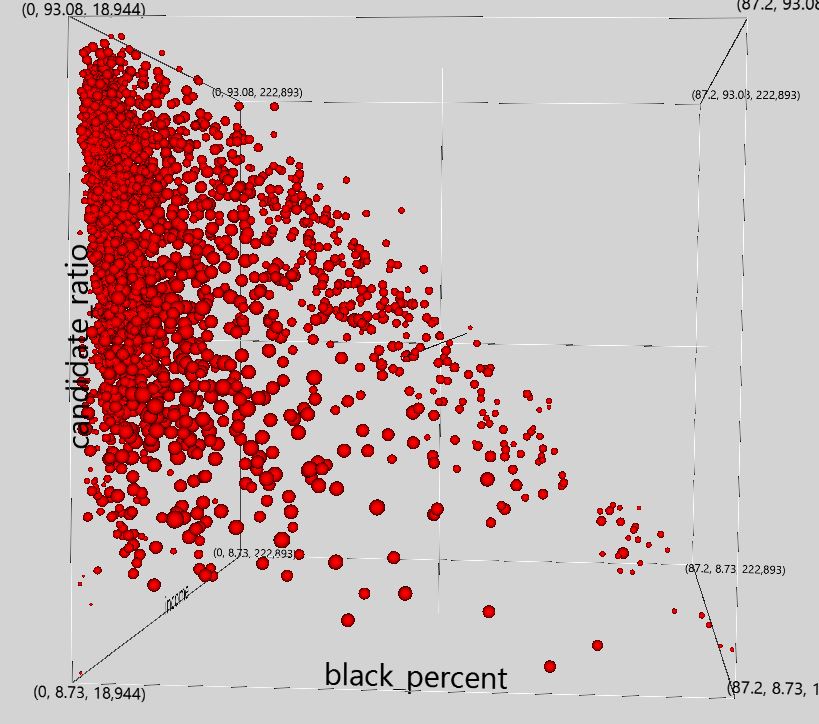 MoveOn steps in to fill the vacuum, targets Dave Reichert

There’s a leadership vacuum on the Left, due to the centrism of President Obama, Governor Gregoire, and the leadership of the Democratic Party. Recently MoveOn.org has stepped in to fill that vacuum and has been successful at garnering citizen participation and media coverage. Dozens of new people showed up at recent MoveOn house meetings I […]

On Running Your Own Government, Or, Why Pay The Military?

I have not been talking about the insanity around the debt ceiling and debt and deficit and the efforts of Republicans to drive us all off the cliff, but I am today – and I’m going to do it by allowing you to grab ahold of this problem and see for yourself just how unbelievably […]