Karl Marx-inspired credit ratings agency Moody’s Investors Service issued a report this month saying that Amazon’s bullying tactics over Seattle’s newly-passed employee hours tax show it has too much influence over our city.

The tax would require businesses with more than $20 million in annual revenue to pay about $275 per full-time employee, per year.

Amazon, which boasted $1.9 billion in profits in the last three months of 2017, balked at having to pay $20 million per year to deal with the homelessness crisis caused in part by the displacement of low-income Seattle residents from the influx of highly paid workers coming to the city. 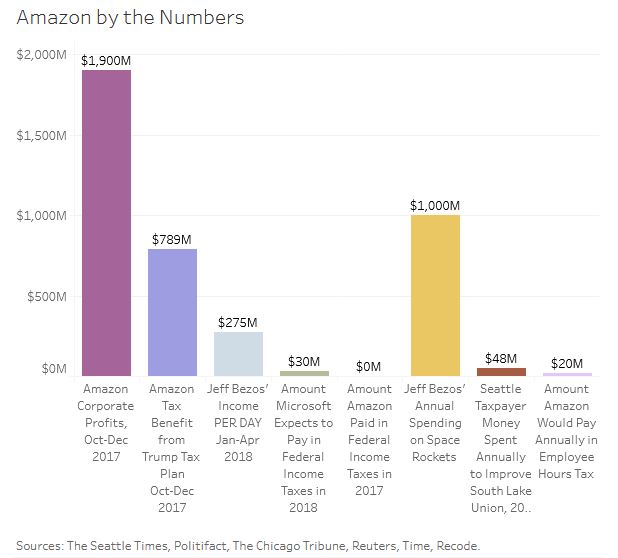 Amazon has been able to “materially influence the outcome of the [head tax] debate by withholding or threatening to withhold employment or other economic expansion,” Moody’s said, warning about the behemoth’s penchant for exercising “outsized influence in some local government policy decisions.”

We also saw this statewide with Amazon’s opposition to updating Washington’s equal pay for women law, even though Microsoft and other tech companies worked to improve the bill.

(In all seriousness, Moody’s is a stalwart capitalist institution. In fact, researchers at Boston College found in 2017 that Moody’s desires to “cater to its corporate clients,” as did researchers at Penn State and the University of Georgia in 2017 and Emory University in 2014. If anything, Moody’s is harder on local governments than it is on corporations.)

My daughter is really good with little kids. She can really get them to open up. She engages with them – about who they are, what they want to do, what they could do. These are some of the qualities of a good early childhood teacher. Child-care teaching is one of the most important professions, […]

Welfare for the rich