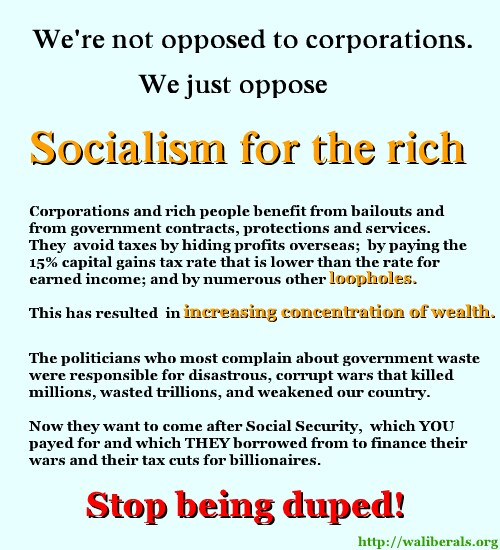 Microsoft Tax Dodge has published its Dummies Guide to Microsoft’s Nevada Tax Dodge, a great, informative article. Here’s how it starts: In 1997, Microsoft et al. lobbied to reduce Washington State’s Royalty Tax from 1.5% to .5%, a threefold reduction. This wasn’t low enough. The company decided to open a small Reno, Nevada office to […]

Protect Social Security, not the 1%

Representatives Rick Larsen and Jim McDermott have signed the Ciccline letter “Expressing the sense of the Congress that the Chained Consumer Price Index should not be used to calculate cost-of-living adjustments for Social Security benefits.”  And Rep. McDermott has signed several other  letters in support of Social Security (see table below). But no Washington State […]

Using aggregated income tax data from the IRS for 2012, I calculated some statistics about zipcodes in Washington State and nationally. As you can see from the first chart near the end of this article, the average income in Medina, WA (home of the world’s richest man, Bill Gates) is $625,056.  That’s over twice the […]