I’m watching an online meeting/protest about the possible war with Ukraine. There are dozens of speakers, of various races, including Margaret Flowers, David Swanson., Bruce Cagnon, and Gerry Condon.

“This is a United States government provocation.  Every Russian troop is within Russia’s borders. The U.S. has its troops in dozens of countries. We need to look at the 800 U.S. military bases. We shouldn’t forget who is the aggressor.”

“The U.S. spends ten times as much on the military as Russia.”  [Wikipedia says Russia spends US$69.2 billion per year on its military.]  Of course, the Pentagon is so inefficient and corrupt that for the $750 billion to $1 trillion of spending we probably get one half or one third of the expected value.

“An unimaginable $21 trillion wasted by the” U.S. war machine.

“The death merchants promote war and Biden is his salesman.”

Bruce Gagnon visited Odessa and other cities in Ukraine. The U.S. installed government announced that the speaking of Russia would be illegal. So the people of eastern Ukraine collected signatures so they could make decisions, rather than the Nazi government that the U.S. helped install.    There was a meeting and the Nazis started throwing molatov cocktails.  THere are videos. When people jumped from the building, Nazis beat them with baseball bats. “In 2016 myself and a few other Americans went there at the request of the mothers.  The Azov battalion [Nazis] threw rocks at the bus we were in.”

Someone had a street sign:  “You idiots! Trying to get us into another frigging war.”

“And I want to remind you that in Romania and Poland the U.S. has installed Tomohawk missile launchers that can reach Russia quickly … This is indeed a Cuban missile crisis in reverse.”

“We in the United States are the greatest purveyor of violence in the world…. We have become the monster in the world.”

“The hypocrisy and the lies of the United States are breathtaking. The media supports these lies.”

“In the past decades the U.S. has invaded one country after another,and they say that Russia is the aggressor.”

“They say that Russia has troops on its border, but they don’t tell you that there are 100,000 Ukrainian troops backed by the U.S. on the Russian border.”

The U.S. promised the U.S.S.R. that it wouldn’t expand NATO toward Russia.

“Russia lost 20 million people to the Nazis in WWII. Is it not understandable that Russia would feel threatened by Nazis in Ukraine. When I was there I saw swastikas in Ukraine.”

“I heard that about 100,000 Ukranians have fled to Russia over the last few years of aggression by our fascist government in Kiev.”

“The Russiagate nonsense was part of the campaign to demonize Russia.”

“We are being lied into another war. It’s not the first time we’ve been lied into a war.”

“Right now the U.S. has sent $200 million of weapons to the Nazis in Ukraine.”

Some of the speakers exaggerated U.S. culpability — one guy said the U.S. has 300,000 troops in Europe, but wikipedia pegs the number at about 64,000, not counting NATO allies — but I don’t think it’s Russian propaganda. It’s home-grown anti-war sentiments.

The New Yorker’s recent article Russia, Ukraine, and the NATO of Today says that NATO’s

growth alarmed Soviet experts, such as the diplomat and historian George Kennan—an early, influential advocate of “containing” the Soviet Union—who, in 1997, wrote in the Times that “expanding NATO would be the most fateful error of American policy in the entire post-cold-war era.” He believed that the decision would likely “inflame the nationalistic, anti-Western and militaristic tendencies in Russian opinion,” and noted, from his decades of experience, that “Russians are little impressed with American assurances that it reflects no hostile intentions.”

Wikipedia https://en.wikipedia.org/wiki/United_States_military_deployments says the U.S. has about 64,000 military personnel in Europe, over half of them in Germany. The New Yorker article says about 38K U.S. troops are in Germany.  How many Russian and Chinese troops are in North, Central, or South America? 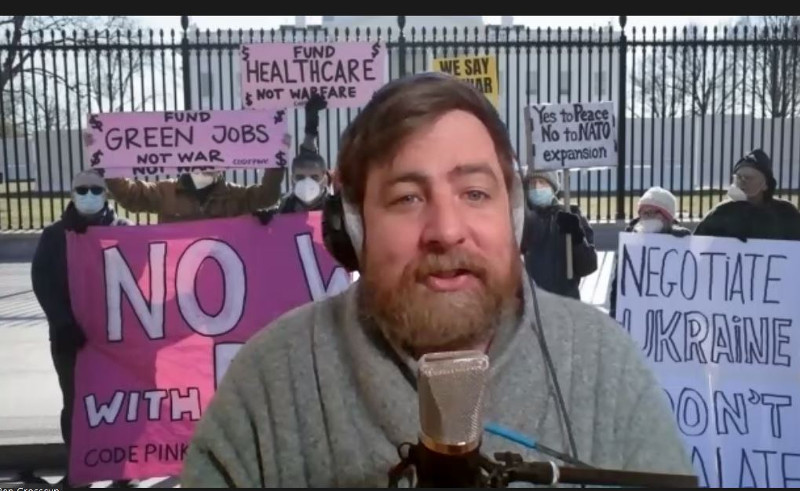 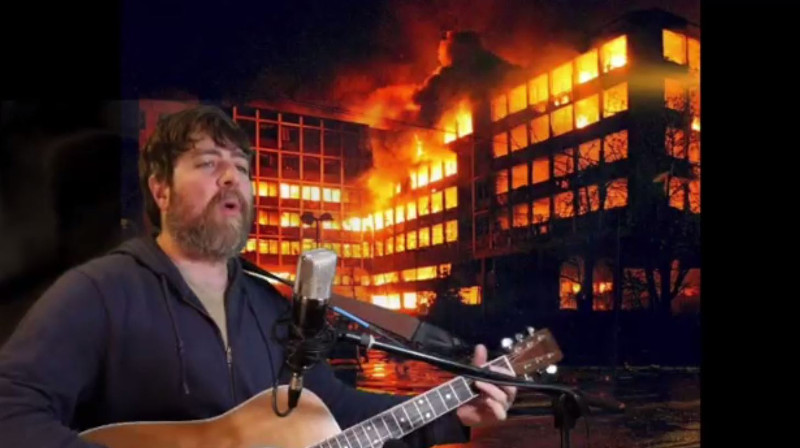 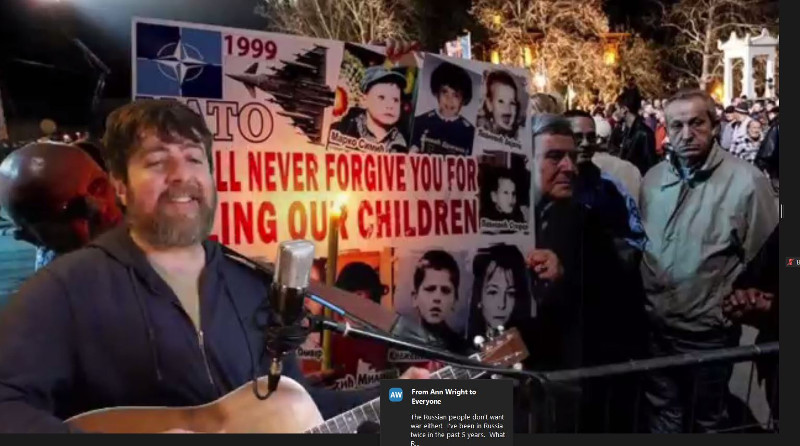 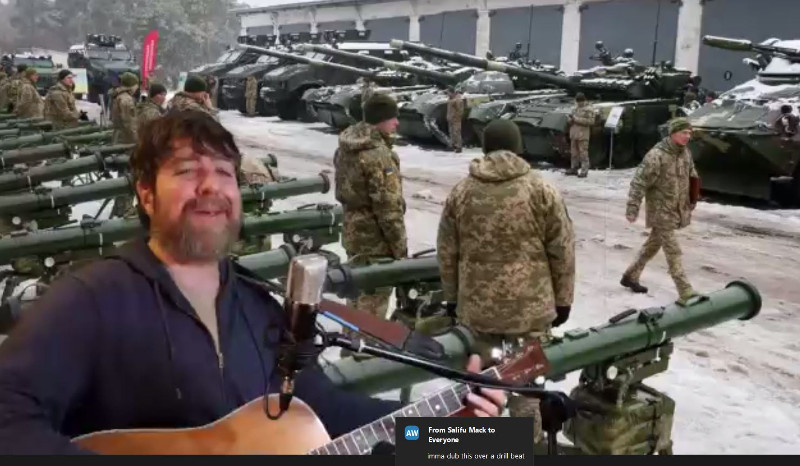 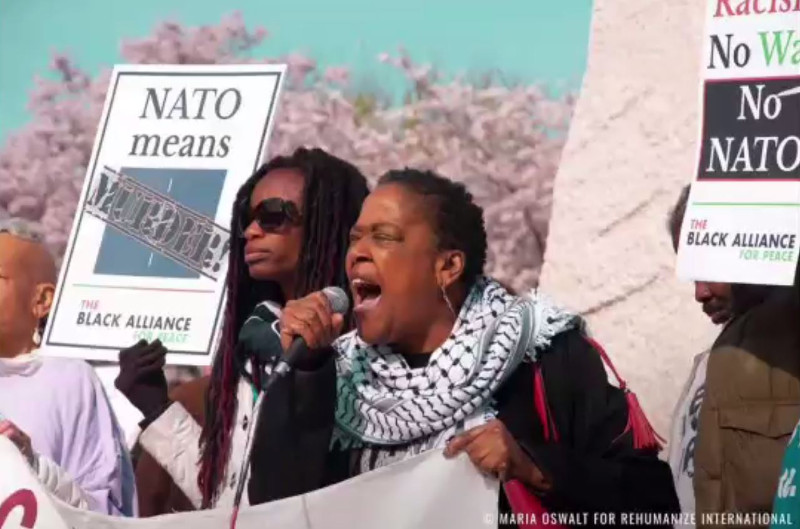 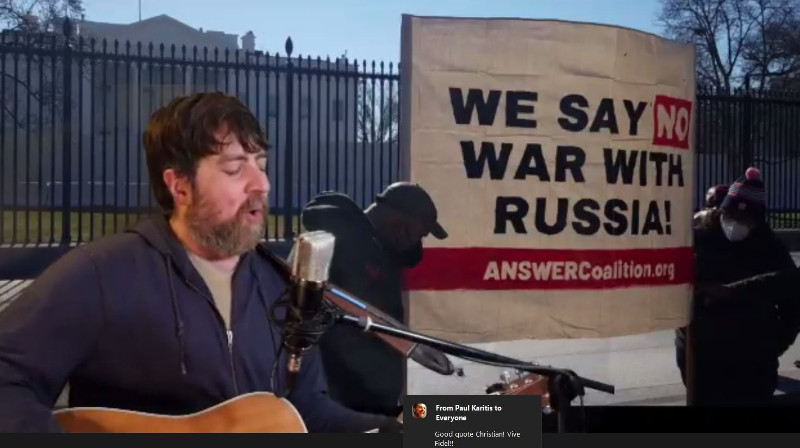 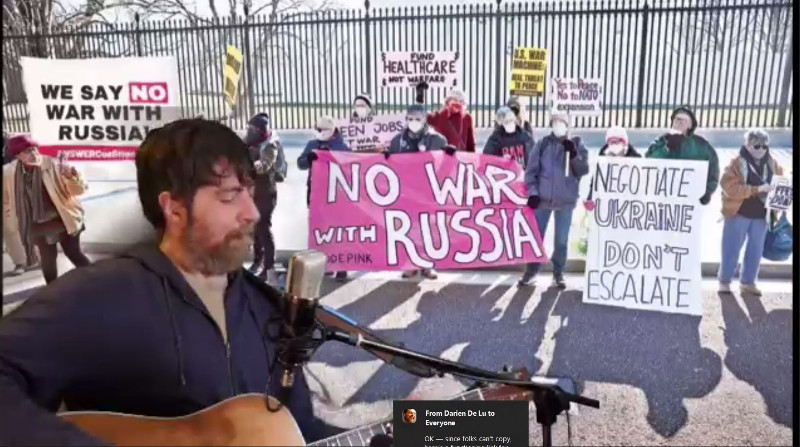 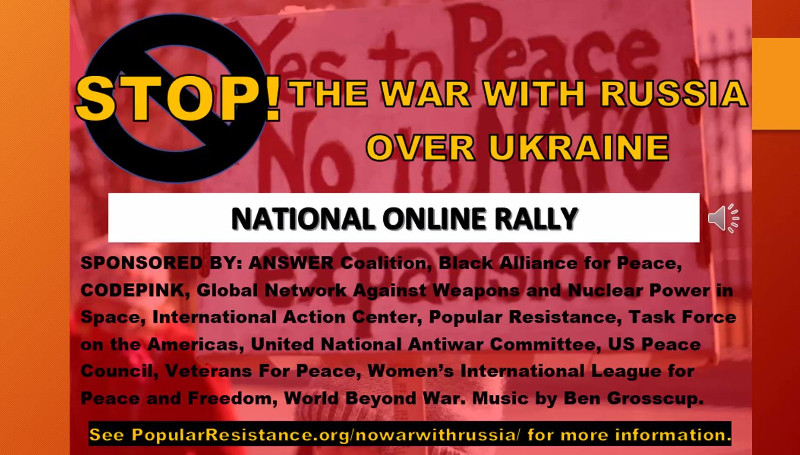 Members of Congress, including Pramila Jayapal, who oppose sanctions and a coup in Venezuela

Here is a list of the 16 MOCs who signed a letter to Pompeo opposing existing sanctions against Venezuela: https://khanna.house.gov/sites/khanna.house.gov/files/Venezuela%20Letter%20March%202019.pdf And here are the 69 cosponsors of H.R. 1004, to prohibit the use of force by the U.S.against Venezuela: H.R.1004 – Prohibiting Unauthorized Military Action in Venezuela Act. Only Merkley, Sanders and Coons have sponsored […]

The Washington State Voters’ Pamphlet for the presidential primary election barely mentions the costs of wars and military spending. Tulsi Gabbard’s statement says the most about the topic. “Let us enter into a new century free from the fear of nuclear war, a world where there is real peace….” In the next paragraph she says, […]