The graph below shows the number of people in Washington State who voted, graphed by year of birth. As you can see, most of the voters are about age 60.  There are not many voters of age 18 through 38.

It’s true that there were many people born in the 1950s (the baby boomers). Does this account for the high ration in the number of elderly voters compared to younger voters? Apparently not. The chart below (from the U.S. Census’ bureau’s article Age and Sex Composition: 2010) shows the population of the United States by age group for the 2010 census. As you can see, for both males and females, there were peaks in the number of people at age 50 (the baby boomers) and at age 20 (the children of the baby boomers).       There are more women of age about 50 than of age about 20; there are slightly more men of age about 20 than men of age 50.  But the population of men and women drop off rapidly after age 50 or so. 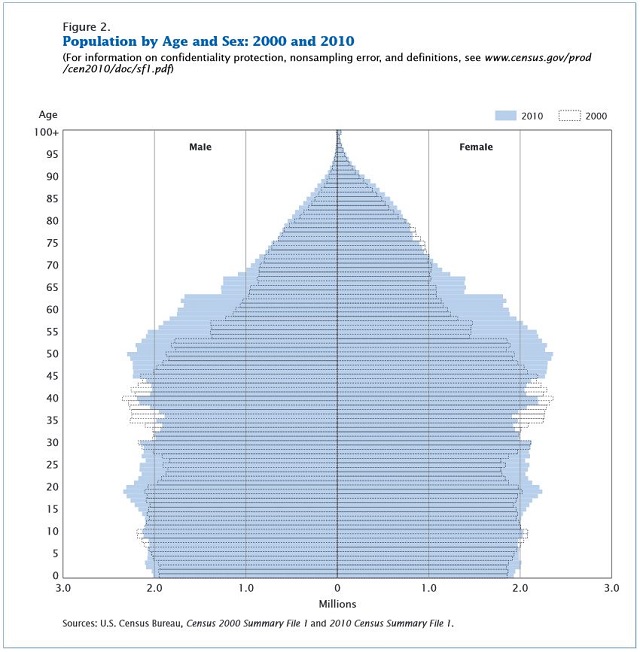