The Washington State ballot has several advisory votes about tax increases approved by the legislature. Because of Tim Eyman’s anti-tax initiative, voters are given the opportunity to vote to “Maintain” or “Repeal” any tax increases and any eliminations of tax loopholes (aka “preferences”). (The votes are non-binding.)

What’s particularly annoying about these advisory votes is the phrasing. For example, concerning Advisory Vote No 13 Engrossed Substitute Senate Bill 6138, the ballot says:

The legislature increased business and occupation tax revenues and excluded certain software manufacturers from a retail sales tax exception, without a vote of the people, costing $1,449,000,000 for government spending.

Who the heck chose that language? The elimination of the tax loophole doesn’t cost anything to most people or to the government. It’s revenue, not expenditure. It’s eliminating a special-interest giveaway.  The last phrase — “government spending” — echoes a conservative talking point.

I’m sure many voters will be confused by those ballot items. 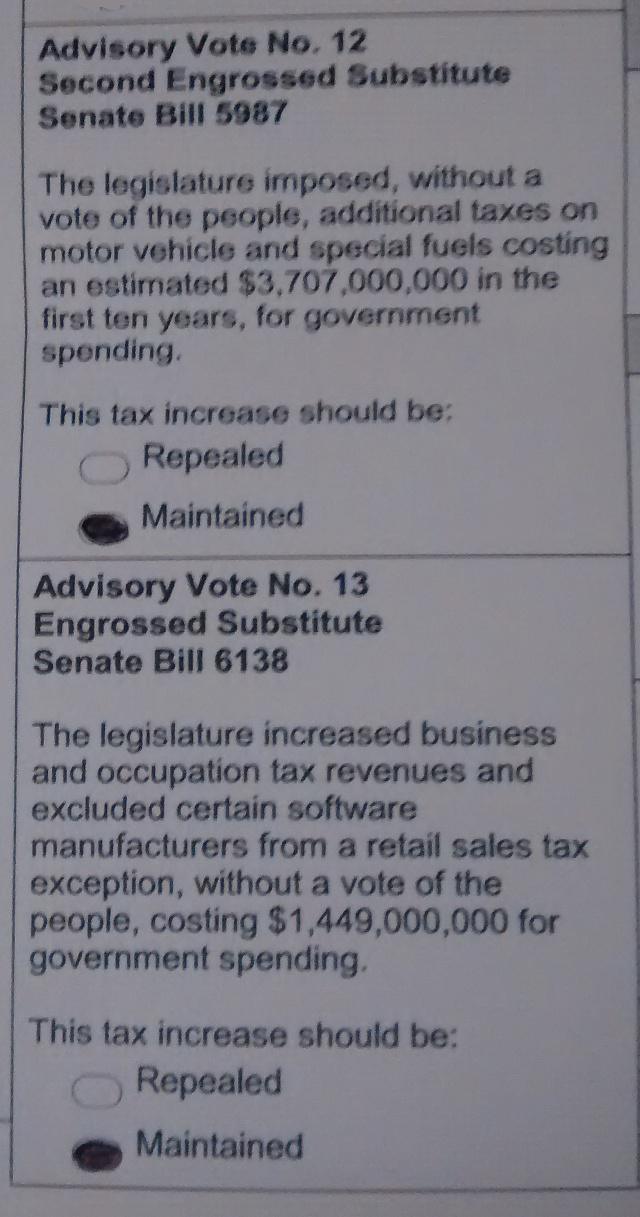 Highlights from the Cascadia Scorecard

The Cascadia Scorecard is Sightline Institute’s sustainability report card for the Pacific Northwest. Launched in 2004, the Cascadia Scorecard project measures the key trends that are shaping the future of our region. The Scorecard’s trends help us gauge whether the Northwest is making genuine progress towards shared goals: long and healthy lives, broadly shared prosperity, […]

Women versus Men in the 2016 election

The image below (original source unknown) is outrageous and politically incorrect. But it’s also funny and insightful. The gender-divide in the support for Hillary versus Trump is extreme. As of mid-October, Hillary was ahead by 20 points among women, according to an NBC/Wall Street Journal poll, while Trump leads among men: Looking inside the numbers […]