Last night I was listening to AM talk radio, and a Republican candidate was promoting the following conservative narrative: “Yes, there is terrible wealth inequality, and it’s due to government waste, corruption and regulations. We need to slash taxes and get rid of regulations so that the middle class can have jobs and thrive.  Government is a taker. We need more freedom.”  The candidate also talked about the preciousness of life.

Likewise, at a political event in Nevada recently, Marc Rubio told the audience that the notion that “big government is good for the people who are trying to make it” is a “lie.” He said, “When the government dominates the economy, the people that can afford to influence the government — they win. And everybody else is stuck.” (source: November 30, 2015 edition of the New Yorker)

There is some truth to Rubio’s statements, and the conservative narrative is plausible enough to dupe lots of people.

Yet it’s a big scam.

The scam goes like this. Conservatives corrupt and starve government so it performs poorly. They make sure it serves the 1%. They wage almost constant war. They allow corporations to ship profits and jobs overseas. They oppose regulations that might rein in Wall Street, even as they decry Wall Street greed and the bailouts. They under-fund the IRS and regulatory agencies. They promote regressive taxation which unfairly burdens the middle class.  Then they argue that taxes are too high and government is wasteful and corrupt. They use the failures of government to justify cutting taxes and maintaining tax loopholes for the rich. When progressives try to fix the system, they accuse progressives of wanting to raise peoples’ taxes.

The scam works — it’s rather brilliant — and our task is to expose it and promote an alternative vision in which government serves everyone, not just the 1%. 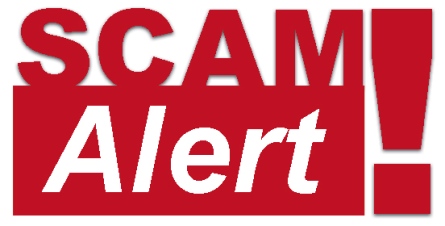 The solution to the corruption of government isn’t to throw in the towel and give up on government. The solution is to fix the system so it’s not rigged.

But we have a tiny voice, and the corporate-backed Republicans have most of the money and an effective noise machine.  There aren’t enough progressive rich people willing to fund an alternative, lefty media empire. And most Democratic politicians choose to ignore the problems of fair taxation and government corruption. They allow Republicans to frame the issues.

At a recent King County Dems Legislative Action Committee meeting I asked state House majority leader Pat Sullivan what he’d do to educate the voters so that they stop voting for Tim Eyman’s anti-tax initiatives and for Republican candidates.   I want Sullivan and the rest of the Democratic Party leadership — including Governor Inslee and ex-Governors Gregoire, Locke, and Lowery — to boldly take the lead in educating the public about taxes and government.

But Sullivan said that it’s not his job to educate the public.  The voters won’t listen to him.

I think the politicians run away from the issue because they think (know?) that they’ll get slaughtered at the polls if they talk about taxes.

Moreover, there are enough corporate, triangulating politicians within the Democratic Party to muddy the waters and make it unclear which party can be trusted. Bill Clinton dismantled Glass-Steagall, supported NAFTA and said “The era of big government is over.” President Obama surrounded himself with Wall Street cronies and promoted a health care plan designed by the Heritage Foundation to enrich insurance companies. Governor Inslee gave an $8.7 billion tax break to Boeing. Democrat Ross Hunter took the lead in arranging tax breaks for Microsoft.

Who will step up and promote the pro-government, fair taxation message people need to hear? How can we strengthen the hand of progressives in the Democratic Party?

[Note: this article’s former title was: “The conservative scam: a plausible narrative that enriches the 1%”.]

Sweden’s economy has outperformed its OECD peers over the past two decades High taxes, strong unions and an equal distribution of wealth. That’s the recipe for success in a globalized world, according to Magdalena Andersson, the Social Democratic economist who’s also Sweden’s finance minister. The 50-year-old has been raising taxes and spending more on welfare […]

How did we get here? Budget brinkmanship ignores real problem

Last Friday, three Democrats joined forces with Republicans in the Washington Senate to force through a version of the state budget that cuts education and services for the state’s most vulnerable residents. Much has already been said about passage of a major bill without one word of public testimony. It may now take a special […]

McCain and Sheldon Whitehouse working together to rein in Citizen’s United — who knew? Go Montana! It’s not over until only people have the rights of people, and we get the money out of electoral politics. http://www.politico.com/blogs/on-congress/2012/05/mccain-and-whitehouse-take-on-citizens-united-123886.html Comments comments

4 Replies to “The Republican scam, and the Democrats' unwillingness to oppose it”