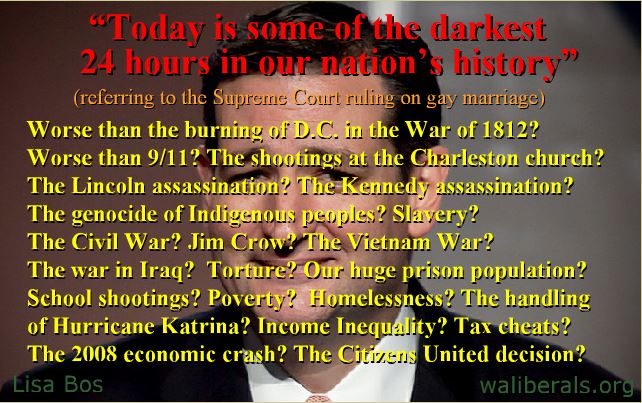 This can't be happening

Somebody wake me up from this nightmare. In 2008, an amazing 45% of voters chose John McCain and Sarah Palin, despite the recession and the disasters of the Iraq War and the rampant corruption accompanying Bush’s presidency. Then in 2010, the Republicans made a huge come back, giving the Dems a “shellacking” and taking over […]

TruthOut is reporting on a bill introduced to the Washington State House: HB2272 was introduced by a bipartisan team of legislators, Rep. David Taylor, a Republican from Moxee, and Rep. Luis Moscoso, a former three-term secretary of the state Democratic Party from Mountlake Terrace. If passed, the bill would make it the policy of the […]