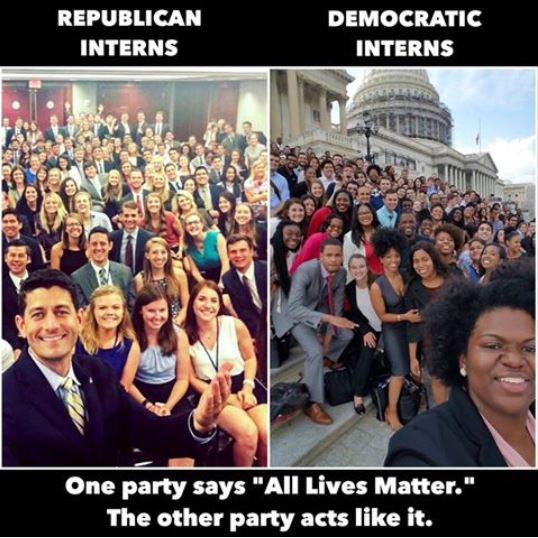 One can only imagine the humiliation it must be that a black man is in the White House for all those bigoted rubes who were the target of Nixon’s divide and rule “Southern strategy”.  This strategy not only played a big role in getting him elected but has been the central pillar of Republican rule […]

No Guns Allowed at GOP Convention

“Libtard policies” put good guys—stripped of their guns–at risk. If the only thing that can stop a bad guy with a gun is a good guy with a gun—or better yet, lots of good guys with guns—then it goes without saying that the contentious GOP convention should be prickling with weapons: rock hard glocks, pen-sized […]

One Reply to “Lack of diversity in GOP interns”