Many Washington State legislators were elected courtesy of the Koch Brothers. In particular, Andy Hill and Steve Litzow squeaked by in 2010 via attack ads funded by the Koch brothers’ Americans for Prosperity. 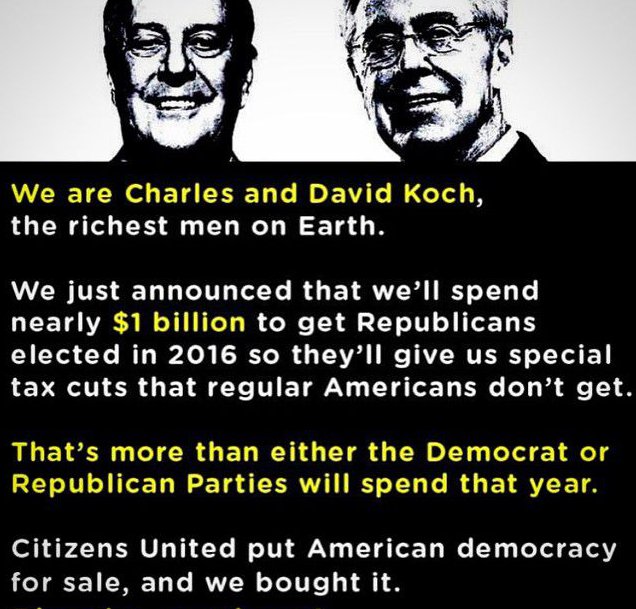 In 2010 Washington State voters rejected I-1098, which would have established an income tax on the wealthiest 1 or 2% of citizens. And the voters approved I-1053, which makes it very hard for legislators to eliminate unfair tax exemptions that benefit the richest corporations.  In this video a middle class guy explains his votes against […]